Scoreline not reflective of Aughawillan performance 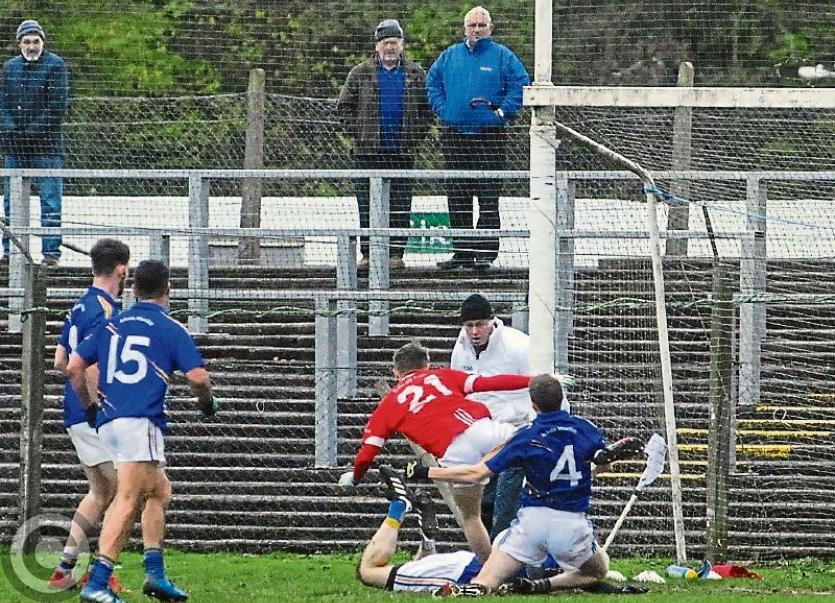 Sometimes football comes down to inches and while the scoreline might suggest otherwise, Aughawillan were just a few vital inches away from a clinical and experienced Ballintubber last Sunday.

The Mayo men conquered the Leitrim champions in Avantcard Pairc Sean Mac Diarmada but only after a match much closer than the scoreline suggests, a game where one team’s ability to create turnovers proved crucial.

Al Pacino made a famous speech in the movie “Any Given Sunday” about inches, Armagh used it to great effect when winning their All-Ireland and it has been a favourite of coaches up and down the country ever since. In essence, Pacino exhorted an underperforming team that victory could be found in the millimetres and inches of the game, the stuff of “one half second too fast or two slow” and that is what this game came down to - inches!

All three of Ballintubber’s goals came from moments when Aughawillan’s players just couldn’t get the ball away under immense pressure, those milliseconds and inches that are the difference between victory and despair.

Consider Ballintubber’s crucial first goal - Pearse Dolan was harried into overcarrying. As Aughawillan players turned to protest, the ball was quickly punted forward to Alan Plunkett who took off on a 50-60 yard run before off-loading to Cillian O’Connor.

Charging right behind Plunkett on that lung busting run was Diarmuid O’Connor, his brother popped the ball to him and as Aughawillan’s defence furiously fought to stop his shot, those inches started to come into play - the ball rebounded off Colin Maguire and fell to sub Jamsie Finnerty.

Even then, the inches haunted Aughawillan - Declan McGovern and Michael Quinn desperately threw themselves at the ball to stop it but only succeeding in helping Finnerty’s shot across the line.

Those inches mattered in Aughawillan’s missed goal chance - Sean Flanagan was barely on the field when a seemingly unending solo run saw the Ballintubber goal suddenly open up in front of him. A split second might have steadied Flanagan but in the end, the shot was dragged wide and a glorious chance lost.

Truth be told - Ballintubber were the better team. In Jason Gibbon & Diarmuid O’Connor they dominated midfield and defensively, they were never truly breached except for Flanagan’s run and two late chances, one that led to Ciaran Gilheany’s goal.

But where they excelled was in those split seconds where a good pass is turned into a terrible one by a timely interception, where holding onto the ball as you might in the Leitrim championship is ruthlessly exploited by a hard tackling team used to operating at a higher pace and intensity.

That the Leitrim champions this year, and last, have the tools to tackle the top teams in the Province isn’t in doubt but when they come up against teams operating at higher intensities, then suddenly our county’s best can look pedestrian or lacking skills.

This is no a sop to Aughawillan after a heavy defeat but rather an acknowledgment that Leitrim teams operate under a handicap and that when they get the opportunity to compete on an even playing field, they are more than capable of mixing it.

Just look at the wonderful scores Aughawillan bombed over last Sunday, the fearlessness they brought to this contest and their utter devastation at losing shows a team not willing to accept second best.

Time and time again at this time of the year, we have this conversation about reforms of the club game at adult level in Leitrim and time and time again, nothing happens. Perhaps, after Aughawillan’s best efforts last Sunday, some might finally open their eyes and see the light.

Ballintubber, playing with the wind in the first half, started strongly but had four wides, a penalty appeal and one shot off the crossbar in the first ten minutes with Cillian O’Connor firing over two frees.

Aughawillan hit back with two scores from the Plunkett brothers inside 60 second, Gary from a solo effort before Mark gathered the kickout and blasted the ball back over from 45 yards.

Pearse Dolan’s good run led to a Gary Plunkett point but Ballintubber continued to pull ahead with a point each from O’Connor & Brian Walsh. The half ended with a great point from Dolan to leave Aughawillan trailing 0-8 to 0-5.

The Leitrim champions would have the wind in the second half but Ballintubber delivered a masterclass in the opening five minutes as only one Aughawillan player touched the ball and that was Colin Maguire who kicked the ball out after Alan Plunkett’s point inside a minute.

Gary Plunkett tapped over a free on 16 minutes but Ballintubber killed off the game with goals for Finnerty & Alan Plunkett in the space of a minute.

Gary Plunkett fired over a brilliant point and Aughawillan got some reward for their efforts when Ciaran Gilheany finished emphatically to the net for a goal after a high ball broke kindly, a goal that was the least Aughawillan’s performance deserved.

Main Man: Jason Gibbons was outstanding for Ballintubber who had big performances from Michael & Alan Plunkett and Brian Walsh. For Aughawillan, Gary & Mark Plunkett, Pearse Dolan, Barry Prior and Fergal McTague all put in big shifts.

Talking Point: Aughawillan gave their all and sometimes your best isn't enough but you have to say that Ballintubber had that extra bit of class. Jason Gibbons was outstanding and you could tell that all of the Mayo club's players were used to operating at a higher intensity and pace than the Aughawillan players.

Turning Point: It really is  'what if' - Sean Flanagan brilliantly created a goal chance for himself out of nothing just minutes after he came on early in the second half. He dragged his shot well wide but a goal then would have put Aughawillan right back in contention and who knows what might have happened then?

Ref Watch: James Molloy let a lot of things go but made the big decisions well. Got the right call on Jason Gibbons penalty appeal in the first half, calling it as barging.

Lowlight: The final scoreline is tough on an Aughawillan team whose efforts were far better and worthy of better than a nine point loss.