HURLERS GET DATE FOR ALL-IRELAND BID 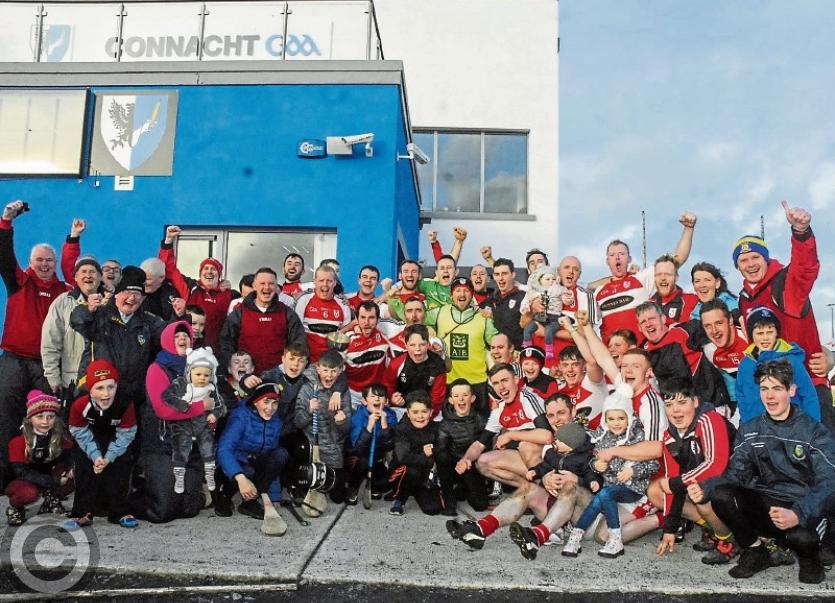 Sunday January 20, is Carrick-on-Shannon Hurlers date with destiny after the GAA revealed on Monday the dates and venues for the All-Ireland Club Hurling and Football Championship series.

And there was further good news for Leitrim as the GAA announced that Avantcard Pairc Sean Mac Diarmada and Pairc Sheain Ui Eslin in Ballinamore will host All-Ireland Semi-Finals as well.

Carrick's eagerly awaited All-Ireland Junior Hurling Semi-Final against Castleblaney of Monaghan has been fixed for TEG Cusack Park in Mullingar on Sunday, January 20, with a 2 pm throw-in, both teams eyeing up a place in the All-Ireland Final in Croke Park on Sunday February 10.

The other side of the draw features two heavyweight sides with Kilkenny's Dunnamaggin facing Cloughduv of Cork in Dungarvan on the same date. The Kilkenny side feature All-time great Noel Hickey as well as a host of players who featured in this year's Kilkenny U21 A Championship Hurling Semi-Finals.

Both Carrick and Castleblaney would see the prospect of a trip to Croke Park for an All-Ireland Final as highly attainable so it should make for a very exciting semi-final.

There was also good news in the fixture list for Leitrim's two premier grounds after the GAA fixed two high profile games in the All-Ireland Club Football series for the Leitrim venues.

Pairc Sheain Ui Eslin in Ballinamore will host the All-Ireland Junior Football Semi-Final meeting of Connacht Junior champions Easkey and Donegal's Red Hughs on Sunday January 20, at 2 pm. For Easkey, the trip will be somewhat familiar as they faced Glenfarne/Kiltyclogher in the Connacht campaign in Pairc Sean Mac Diarmada.

Avantcard Pairc Sean Mac Diarmada is also the venue for a game that will attract a lot of Leitrim football fans as Connacht Champions Corofin clash with Donegal's Gweedore on Saturday, February 16, with a 1.30 pm throw-in.

The early start is due to the fact that TG4 are broadcasting the game alive along with the meeting of Longford's inspirational Leinster champions Mullinalaghta against Dr Crokes of Killarney in Thurles at 3.30 pm on the same day.

And Leitrim fans far and wide may soon be able to see Leitrim Club games streamed live on the Internet according to Chairman Terence Boyle in his address to the Leitrim GAA County Board Convention last Sunday in The Bush Hotel.

In his address, Terence said “We now live in a world where instant communication is a must and if we don’t embrace it we will be left behind ...... We are looking toward the future and possible streaming of our games as we need to keep to the fore in promoting our games this is an area we will explore further in 2019.”

Sunday's Convention was an historic day as delegates approved a radical revamp of Club Championship and League structures in the coming years. You can read all about the happening at Convention on pages 77 to 79.