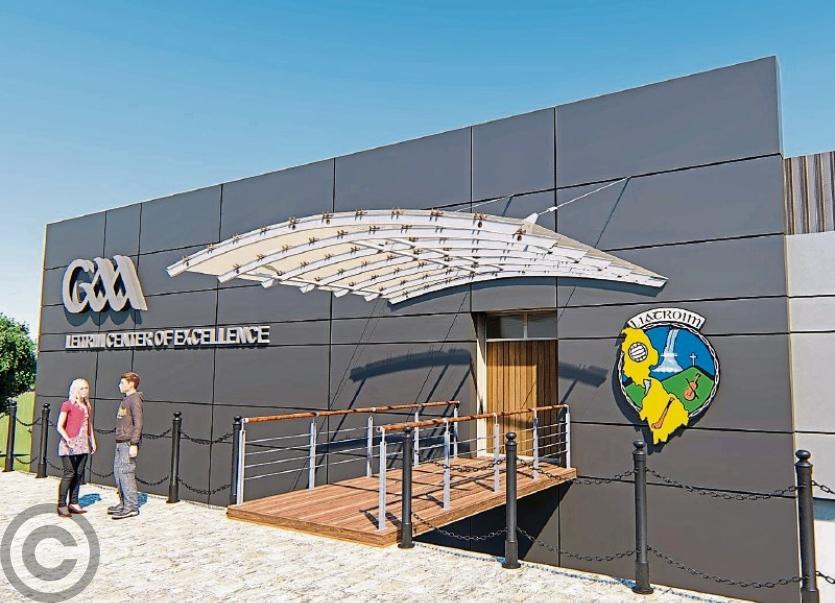 The rather unique fundraising initiative – The Leitrim Wall – appears to have caught the imagination of Leitrim people at home and abroad.

Intended to raise the €300,000 necessary to fund the completion of the Leitrim GAA Centre of Excellence in Annaduff to the highest possible standards, County Board Chairman Terence Boyle has told the Leitrim Observer that the response to date indicates that people are recognising the unique opportunity offered by inscribing a brick in the Leitrim Wall.

"We've had an incredible response to date, and on behalf of the committee, I would like to sincerely thank all Leitrim people who have to date supported this special fundraising initiative."

The Help Build the Leitrim Wall fundraising committee, which includes a joint chairmanship of Eamonn Duignan and Sean McGirl, is delighted with the initial response.

“The committee’s intention was to offer the people of Leitrim something they could be a part of and be proud of,” explains Eamonn, “We wanted something tangible that contributors could visit and say – ‘there’s my brick in the Leitrim Wall. I helped build this Centre.’”

The concept has clearly struck a chord and the response by Leitrim people all over the world shows that it has captured the imagination.

“Bricks are being dedicated with poignant and appropriate messages to families and loved ones, townlands and homesteads, team mates, club and county" noted Duignan. "Others are simply choosing to record forever that they are proud Leitrim born and bred, and always will be no matter where they roam."

Both Boyle and Duignan paid particular thanks to the North America Leitrim Wall Committee, under the chairmanship of Frank Brady, for their tireless efforts in supporting the campaign.

When completed the Leitrim Wall will be a focal point of the new Centre of Excellence. The unique wall of words will become a place of conversation and recollection that gathers people together as all Leitrim folk love to do.

While a good start is half the battle, there is much more to do as Boyle was at pains to point out: “Members of numerous clubs have received brochures in the post and we request that if they are buying a brick to return the completed brochure to Brian Blake c/o the Centre of Excellence in Annaduff, or to any member of the County Board, as soon as possible.

“In January we will be sending out brochures to the remaining clubs and plan to commence the building of the wall in the New Year.”

If you wish to buy a brick you can log on to www.Leitrimwall.com or if you are in the USA you can log onto www.irishap.org/leitrim-gaa

Bricks may also be bought as gifts and would make an ideal Christmas present.