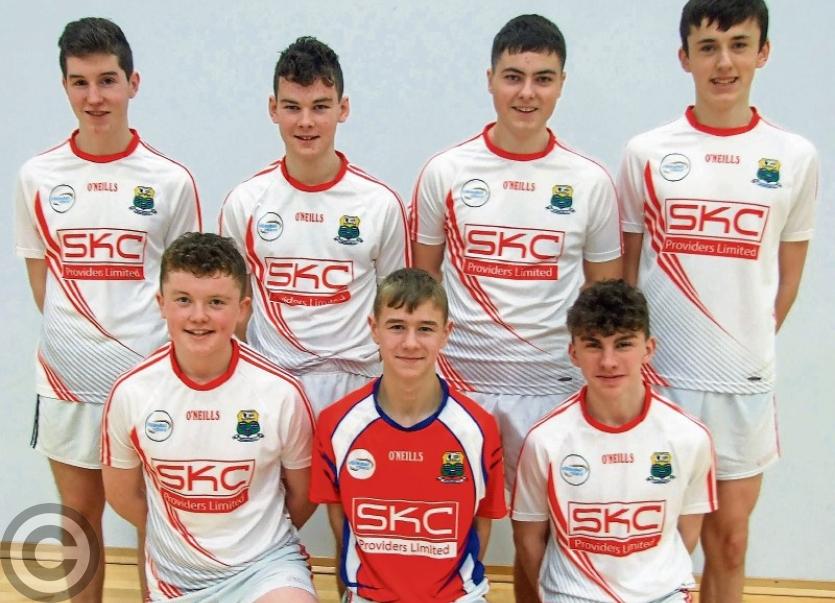 Drumshanbo got a surprise Christmas present last Wednesday, all of a sudden after a very low advent of woes before it.

Drumshanbo cadets were expected to be good this year and, after a very exciting game against Flannan's Ennis defeated Elphin and Dungarvan in October.

But first, Dylan Easterbrook suffered a cruciate injury in football and was ruled out for the season. Then the last matches were postponed to near Christmas, too late for Radoslaw & Arkadiusz Oberwan who had headed home to their granny and the snows of Poland.

A fortnight ago, Drumshanbo Seniors surrendered their title and Emmett Moran, having played well, took a serious illness. four gone! Two days before the matches, Conor Flood twisted his ankle, tearing ligaments in training, and became the second panel member on crutches.

Two more missed the final session through illness and physio. That left five and Drumshanbo might have had to concede the matches while manager Aidan Shannon could not make it due to prior commitments!

Drumshanbo had to travel to Loughrea and play the top two teams in Ireland at home. Could it get worse? The answer was no! Seven turned up on the morning and all seven starred in a sensational defeat of St. Brigid's and a thriller against pre-season favourites St. Raphael's.

Drumshanbo had nothing to lose but even then their warm-up was cut short and they fell 4-0 and 6-3 behind. But, they levelled at six, and the scores were level up to 9-9.

From their initial comeback, Drumshanbo proved amazing, with zero errors, and Evan Foley, with two aces, hit six serves to leave them 14-9 ahead. They soon led 19-12 and 22-14. Typical Brigid's fought back, but Gary Corcoran spiked the winner.

The young Ciarán McMurrough was the star of the second set, setting up Cathal McGourty and serving from 6-5 to 10-5. Drumshanbo led 16-11 and 21-15. Brigid's fought hard at the end and caused long rallies but libero Seán Moran was sweeping up all over the back and they held out.

Drumshanbo had beaten Brigid's cadettes two years running for the first time since 2003!

This turned into a thriller. Raphael's, who had destroyed Elphin 25-14 25-13, had two years ago beaten Drumshanbo in the Junior A final in a very tight two setter. Now they totally underestimated Drumshanbo.

Senior setter McGourty, who had aced and blocked Brigid's in his previous set, repeated the dose on Raphael's. After being level nine times to 11-11. He tipped and spiked winners. Raphael's could spike well but he was totally frustrating them.

Typical was a long rally at 16-11 where he blocked 4 times and finally tipped down the winner. Brendan Gunning, with no miss all day, served them to 20-15 with his unbelievable short serves. Finally, McGourty aced Drumshanbo all the way to 25.

After three sensational sets, Drumshanbo finally made errors in the second set here, just as Raphael's cut out theirs, and the game was levelled. However, down 6-16, Drumshanbo fought hard at the end.

In the final set, Ronan Moran aced them 4-0 ahead. Raphael's levelled 4-4. But, back to their best, Drumshanbo raced to 11-6. Gary Corcoran, hitting outstandingly in the opening set against Brigid's, was back to his best and defended with fast reaction to very strong Raphael's hitting. He served at match point 14-11.

Raphael's were not to be denied however, and, after levelling at 14, 15 and 16 they took the final points.