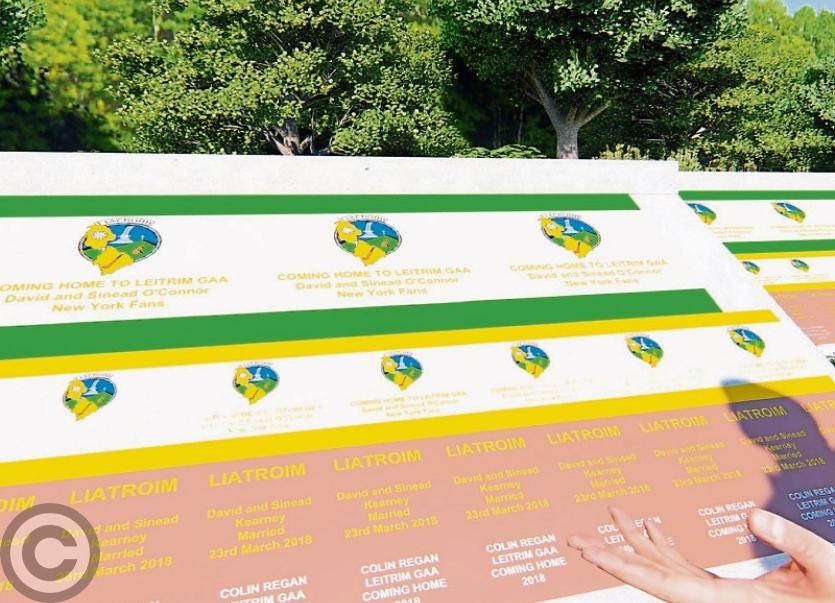 Tom McCaffrey’s first footballing memories are of kicking a ball around the meadow when the hay was cocked on the family farm on which he was born in 1961.

Like many from the area he got more than just schooling in the national curriculum when he attended Ballinamore Boys National School.

“Playing for Gerry Mahon was a great start for a lot of lads that wanted to play Gaelic football,” he recalls from his new parish of San Francisco. He emigrated to the West Coast following the county final of 1986 in which Sean O’Heslin’s recorded the smallest of victories over their biggest rivals, Aughawillan, on a scoreline of 0-9 to 1-5. Before the big move life was all farming and football.

“Christy Gallogly drove us all over Leitrim maybe ten of us in the car. There wasn't to many parents with cars available back then,” Tom recalls.

Call ups to the Leitrim U16s, minors and U21s followed as did senior success with the club.

“The most memorable county final victory was over Gortletteragh in 1982,” enthuses Tom. It was another tight affair, with Ballinamore’s two goals proving the difference on a final scoreline of 2-3 to 0-7.

Gortletteragh were sick of the sight of the Ballinamore men at this stage, having also lost to them in the 1979 final by an even narrower margin of 0-7 to 0-6. They earned their revenge in the famous replayed final of 1985 of course.

The Young Irelanders became Tom’s club in San Fran and while they kept the body occupied the mind was never far from home.

“The living was good in America but the heart would be lonesome for Ballinamore and Leitrim particularly on big game days. Gerry Gallagher, Sean Flanagan, Aiden Honeyman and I would go to Gerry Deane's house at seven on a Sunday morning when we played the first round of the Connacht championship. Gerry would call his mother and she would put the phone beside the radio.

“How things have changed – now a few clicks of the phone and you can watch or listen to almost any game anywhere. It’s truly a small world now.”

Buying a brick in the Leitrim Wall has helped bring back some of those great memories. And Tom is using his inscription to remind everyone of the club that still sits on top of the county title pile!

“I'm sure the new Centre of Excellence will usher a new era of success for Leitrim gaels. I’m delighted to support it and want to wish all involved in Leitrim GAA every success for the future,” concludes Tom. Tony Bennett may have sung that he left his heart in San Francisco, but there’s no mistaking where Tom left his.

l If you wish to buy a brick you can log on to www.Leitrimwall.com or if you are in the USA you can log onto www.irishap.org/leitrim-gaa