Monaghan game the highlight of 2018 year for Philip 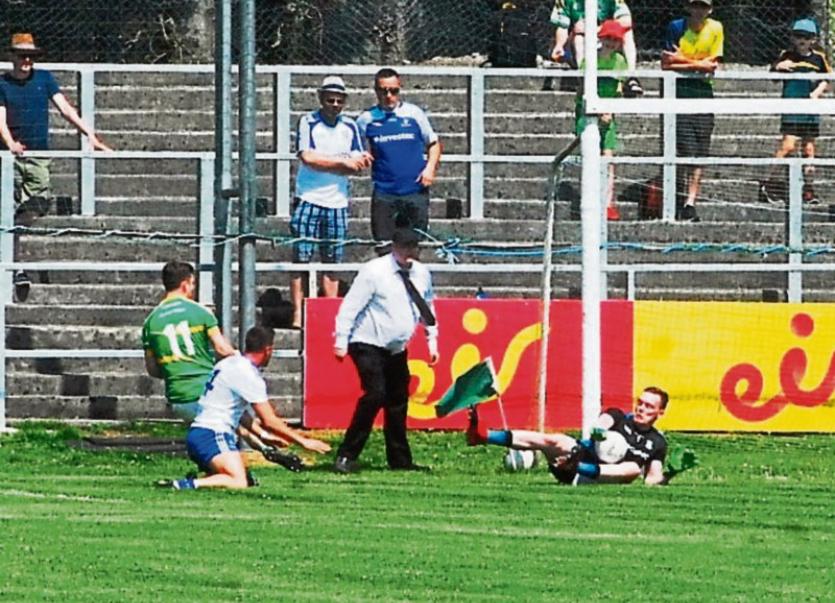 It is that time of the year when we all naturally look back on the year gone by and wonder where all the time has gone. We also celebrate the highs and lows of an extraordinary sporting year for Leitrim with winners on a national and international stages and some truly inspiring performances and in this article, we look back on an eventful year with the Leitrim Observer's own Philip Rooney

The first 20 minutes of Leitrim’s qualifier clash with Monaghan was a real highlight for followers of Leitrim football. While ultimately Monaghan’s class won out, Leitrim stood toe to toe and caused plenty of problems for the All-Ireland semi-finalists. However, it’s hard to look beyond Déarbhla Rooney’s heroics. A silver medal at the European Youth Championships was followed by a bronze at the Youth Olympics. Let’s hope the political turmoil that threatens the future of boxing as an Olympic sport can be resolved.

Tyson Fury may have ultimately fallen just short in his recent world heavyweight championship decider against Deontay Wilder but he won many admirers in the build-up and also during the fight itself. Having spoken openly about his battles with depression and drug abuse he also incredibly lost more than nine stone. The bout with Wilder was adjudged to have been a draw, with Fury shading the contest in the eyes of many. However, what was truly remarkable was the manner in which he recovered from a 12th round knock down that would have ended most bouts. Having returned to his feet, he then incredibly finished the fight the stronger of the two fighters. Whether or not he is truly the best heavyweight in the world remains debatable but he deserves a lot of respect for his comeback. Love him or loathe him, Tiger Woods’ victory at the Tour Championship was an incredible feat. It was a first win in five years and the scenes and crowds that greeted him at the 18th hole were incredible.

The Mullinalaghta story captured the imagination of GAA and sports fans all over the country and further afield. They gave proof to the notion that on any given day, with the right preparation and a slice of good fortune David can go head to head with Goliath. Having won the Longford Senior Championship for a third successive year they this year beat all the odds to defeat Dublin champions Kilmacud Crokes in the Leinster Final. Glenfarne/Kiltyclogher and Carrick Hurling also deserve a mention after enjoying years to remember.

Listening to Leitrim’s victory over New York on the wireless wasn’t good for the heart while Aughawillan’s county final victory was an epic occasion and the victory enjoyed by the Manor Rangers U-15 footballers in the Connacht final was another to remember. For pure drama and excitement it is hard to look beyond Ireland’s win over New Zealand in November. There may have been no silverware at stake but the game was played with an incredible intensity and Ireland can now claim to be the best team on the planet. Of course that accolade is worth very little and the real measure of how good Ireland are will arrive at next year’s World Cup when they bid to advance beyond the quarter-finals for the first time.

The wheels came off the Martin O’Neill/Roy Keane wagon without much of a whimper. The fortunes of the Ireland football team have always been cyclical - a good team gets old and it takes longer, due to a lack of playing resources to revisit previous heights. The draw for the 2020 European Championships have been kind to new manager Mick McCarthy and Ireland and should qualification be successfully secured, there will be plenty of excitement to follow.

Declan Rice declaring for the Republic of Ireland and leading Mick McCarthy’s team through the qualification games for the 2020 European Championships in style. Additionally, if Ireland can find a goalscorer to finally pick up the baton from Robbie Keane there may be some good times on the way back after a forgettable 12 months.

A new era for the Leitrim footballer’s brings with it fresh enthusiasm and renewed belief. There is no doubting the fact that Terry Hyland has some incredibly talented young players at his disposal. Key for this young team will be how they will respond to setbacks. Too many times in recent years there have been stories of players not wanting to commit and others leaving before the qualifiers. Hopefully this year the team will stay united for the entire year and they will play to their full potential. If that happens it could be an exciting year.