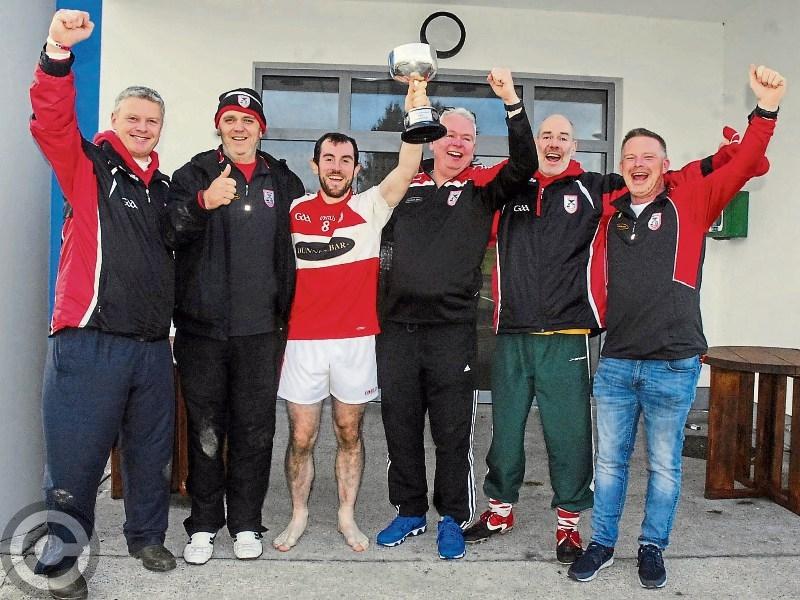 It's that time of the year when you might have a bit of spare time on your hands. So why not try our Leitrim Observer Sports Quiz of the Year over the next few days.

This is all for a bit of fun but see how many you can get! Answers will be published in next week's Leitrim Observer. Good luck!

1. Name the RTÉ Sports Personality of the Year?

2. Who succeeded Noel King as Republic of Ireland U21 manager?

3. How many players as there on a field hockey team?

5. Brooks Koepka won how many major golf championships in 2018?

6. What sport is Croatian Marin Cilic associated with?

9. What American heavyweight defended his world boxing title against Tyson Fury in October?

10. In what county would you find Joule Park?

11. Who is the reigning PDC world darts champion?

12. From what country is Irish rugby international Bundee Aki originally from?

15. Who is the overall winner of the 2018 Leitrim Sports Star Awards?

18. In which Spanish city did Leinster win rugby’s European Champions’ Cup title in May?

19. Who won the most recent Mosconi Cup (pool); Europe or America?

23. Which of the local NEFL soccer clubs hold the Tully Cup?

25. Name the only tennis major played on clay.

28. How many Scottish league titles have Celtic won in a row?

30. Former snooker world champion Neil Robertson is from what country?

31. In what county is Leopardstown race course?

32. How many major championships has golfer Tiger Woods won?

35. Which international cricket team are known as ‘the Windies’?

36. Carrick Hurling Club became the first Leitrim team to win a Connacht Club title - name the Galway team they defeated in the Final?

38. Who are the All-Ireland camogie champions?

40. Name the last Irishman to win a major golf title?

41. Munster head coach Johann van Graan succeeded which of his compatriots in charge at Thomond Park?

42. Which Limerick hurler won the Man of the Match award following September’s All-Ireland final victory over Galway at Croke Park?

45. Jose Mourinho has managed clubs from how many European countries?

46. The BDO World Darts Championship is held at which English venue?

47. Cork defeated who to win this year’s Munster Hurling Championship?

48. Kevin Sinfield played internationally for England in what sport?

49. Name the Airtricity League side who play their home games at Richmond Park.

50. Ukrainian Aleksandr Usyk defended his world cruiserweight boxing title against who in November?

52. Netherlands international footballer Virgil Van Dijk signed for Liverpool from Southampton last January. Who sold him to The Saints?

53. Name the man of the match in this year’s Leitrim Senior Football Championship Final?

56. Who are the reigning Super Bowl (American Football) champions?

57. Who are the new sponsors of the Leitrim Senior Football team?

58. How many games did Leitrim Ladies Senior football team actually field for in 2018?.

61. Name the winner of this year’s Tour de France?

62. Thomas Barr won the 400m title in what event at the European Athletics Championships in July?

67. To which former Scotland rugby coach did Joe Schmidt assist at French side Clermont Auvergne before joining Leinster in 2009?

69. How many Champions League titles has Pep Guardiola won as a manager?

71. John Parrott defeated who to win the 1991 Snooker World Championships?

72. Who was the winner of the Leitrim Observer Greatest Sporting Moment Poll in 2018?

75. Which Irish boxer defeated Mexico’s Freddy Hernandez in October to extend his unbeaten professional record to 15-0.

76. In what country were this year’s World Tug-of-War Championships held?

78. Who are the Offaly senior football champions?

81. With what sport would you associate the late commentator Bill McClaren?

82. Name the two clubs relegated from this season’s League of Ireland Premier Division.

83. Which American is the most successful IAAF women’s athlete of all-time?

84. How many Italians have managed English Premier League side Chelsea since Brazilian Luiz Felipe Scolari took charge in 2008?

85. Greyhound Blastoff Jet was the winner of which Irish group one final in early November?

87. Who defeated Sweden in the last eight of last summer’s football World Cup in Russia?

88. Name the winners of the Leitrim ladies’ Senior Football Championship?

89. How many Welsh clubs play in the English Football League?

91. Name the Camogie Association/WGPA Senior Players’ Player of the Year 2018?

93. Name the manager of Leeds United.

95. In which position does golfer Justin Rose sit in the world rankings; first, second or fourth?

96. Who are the Ulster club football champions?

99. Former Ireland and Liverpool defender Steve Finnan is a native of which Munster county?

100. When Terry Hyland leads Leitrim onto the field for the FBD League next Sunday, he becomes the 15th manager of the Senior footballers since 1990 - name the other 14?