Hockey headlines highlights of 2018 for John 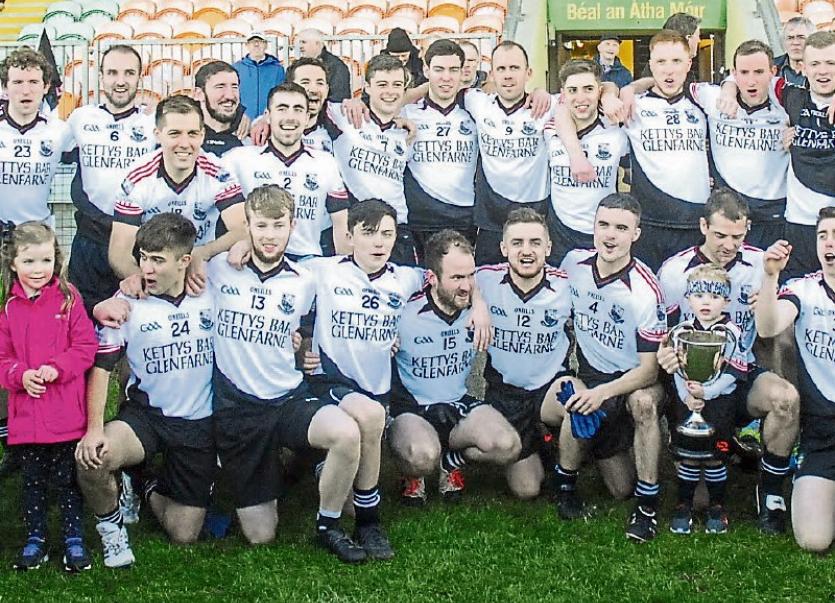 It is that time of the year when we all naturally look back on the year gone by and wonder where all the time has gone. We also celebrate the highs and lows of an extraordinary sporting year for Leitrim with winners on a national and international stages and some truly inspiring performances and in this article, we look back on an eventful year with freelance commentator John Lynch

The performance of the Irish hockey team in this summer’s world cup was one of the big highlights of the year. The team entered the competition very much under the radar and their success in reaching the final was a massive sporting achievement. The Irish team embarked on a journey that captured the attention of the sporting public and helped to light up the summer. The fact they achieved this on a limited budget made it all the more remarkable.

I am going local on this award and I am going to select Tommy McCormack. The Killoe native has a magnificent record in GAA management. Leading Aughawillan to the Leitrim championship this year was his latest triumph and the fact that he never lost a final is an impressive stat. Tommy is one of the most decent people you could hope to meet in the world of sport and in an era where there are so many managers lashing out “sound bites” it is always refreshing to interview Tommy.

Mullinalaghta/Glenfarne Kiltyclogher - the success of the Longford champions in winning the Leinster club Final against all the odds was simply brilliant and their success should offer hope to every rural club in the Country. The very existence of Glenfarne Kiltyclogher was in doubt only recently. In 2018 they defied the odds to win an historic Leitrim Junior championship. Some change of fortune, and once again the perfect example that the darkest hour is just before the dawn.

Carrick winning the Connacht Junior championship final was a magnificent success story. The All Ireland senior hurling championship was drama packed from start to finish. The new look Munster championship was compelling to watch and produced so many memorable matches. The fact that Limerick brought the Liam McCarthy Cup back to the Treaty county was the perfect finale. Ireland’s rugby team winning the grand slam and beating the All Blacks is right up there as well when it comes to highlights for 2018.

The lack of quality matches in Gaelic Football. From having covered countless matches throughout the year from the Allianz League to the inter-county and club football championships, the lack of quality matches was very obvious. The Galway Senior Final and replay between Corofin and Mountbellew Moylough were two of the most defensive dominated matches that I ever had the misfortune to witness. The number of spectators that attended the replay showed that the public are voting with their feet and unless something changes, gaelic football will be played in front of very modest crowds in the future.

The rugby world cup. For once Ireland are entering into a competition of this magnitude with hopes of not just doing well but dare we say it, even entering the business end or perhaps winning it outright. How Joe Schmitt’s side handle the expectation levels will be vital. Ireland have one of the finest coaches in the world and it would be fitting if he was to exit stage left on a massive high. This competition has left Irish rugby fans deflated in the past but maybe all that could change in 2019.

The various Leitrim sports star award winners from 2018. They are all so committed to their respective sports and the real signs of champions is the fact that they keep coming back year after year to the winners enclosure. Finally the Leitrim senior team under Terry Hyland will be an interesting prospect in 2019. Terry is a very experienced manager and never got the full credit he deserved for what he achieved in his native Cavan. A promotion challenge in the Allianz League could be on the cards.