"And anybody who writes Aughawillan off needs to get the lads in with the white coats!" 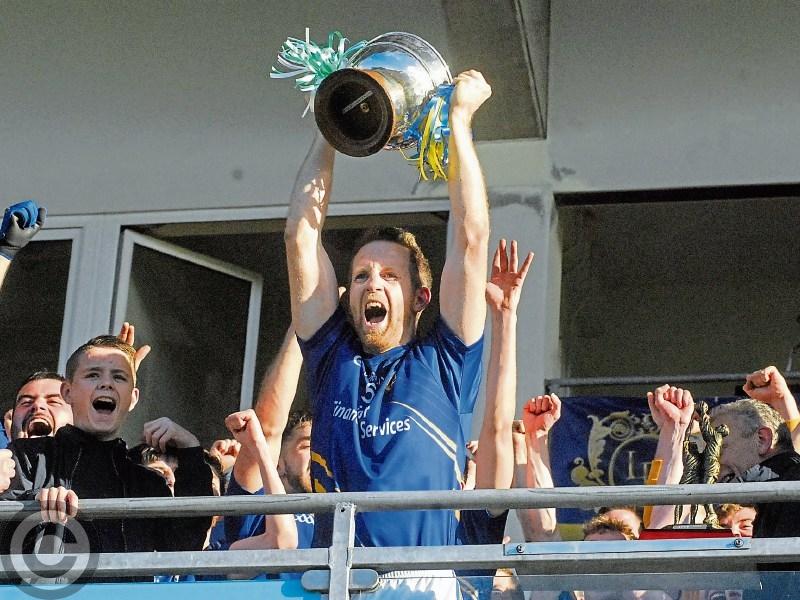 It is that time of the year when we all naturally look back on the year gone by and wonder where all the time has gone. We also celebrate the highs and lows of an extraordinary sporting year for Leitrim with winners on a national and international stages and some truly inspiring performances and in this article, we look back on an eventful year with the Leitrim Observer’s legendary photographer Willie Donnellan

For excitement and the celebrations afterwards and the first time it was ever done by a team in Leitrim, Carrick-on-Shannon Hurlers winning the Connacht Club Junior title in November. To see good men crying after it, that made me laugh and to see what it meant to good friends of mine. I’m well used to looking at stuff down through the years but that one really shook me.

Has to be New York and the comeback. I said to somebody a minute into extra-time, I won’t say what I said but I said we were gone. And then this comeback and we won it by a point. And the crowd afterwards - the New Yorkers were stunned, the Leitrim crowd were going mad. It is always a huge occasion, every five years, but this year seems to have been bigger. It was the biggest attendance ever in Gaelic Park since it opened. You’d have to feel sorry for New York, I’d say they thought they had the game wound up and the foot came off the pedal. Jamie Clarke was worth the entrance free alone. The celebrations were good afterwards.

Going down to Roscommon in the championship, for the third year in a row! And will 2019 be any better. I’m hoping that it will. The start of the League was very disappointing but the championship is the big one and to be well beaten, especially by your near neighbours.

I have to go with Glenfarne/Kiltyclogher - I was at that match in Ballinamore and the celebrations after it, it was like them winning an All-Ireland Final. It was great for the club, a small rural club that was nearly gone twelve months ago and they came back to win it. They won’t forget that for a while. It was great for the club and shows that winning at any level is just as good as winning at the top level.

Aughawillan, I mean, are Aughawillan - you never write those lads off. I was in Mohill the Thursday before the Final and I was in Gerard Stenson’s new shop and I met a few Mohill people. I said ‘how do you think you’ll do’ and six or seven points they said. And I said “Do you realise who you’re playing? You’re walking into a minefield here - Carrick made the same mistake four years ago.” And they were beaten - you write Aughawillan off at your peril - at your peril. And anybody who writes Aughawillan off needs to get the lads in with the white coats!

Déarbhla Rooney - the welcome she got on that homecoming in Manorhamilton that Sunday evening, I’ll never forget it. And she was so nice to everyone, she talked to everyone, stood for photos with everyone, thanked you for coming up, a real lady. No airs or graces to her and hopefully she goes on to better things.

On the National front, it has to be Déarbhla Rooney. On the footballing front, I hope this new manager for Leitrim can pull things together.

Has to be looking forward first of all doing well in the League and trying to get out of Division 4. Now Terry Hyland will have a job on his hands and hopefully he gets the backing of the players in the county and the clubs because I have a feeling clubs are holding back players, they are not allowing them into training - I hope that changes. The County Board have made big changes and I welcome the new structures that are coming in for 2020. Some people probably didn’t agree with them but I think it is for the betterment of football in the county. The Club Championship? Who knows who will win it - but don’t write off the lads from the Cavan/Leitrim border.