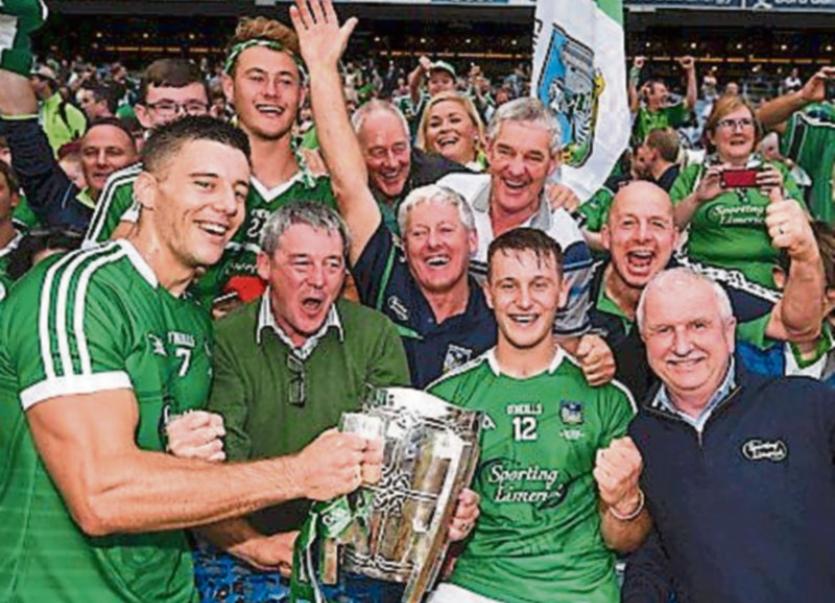 It is that time of the year when we all naturally look back on the year gone by and wonder where all the time has gone. We also celebrate the highs and lows of an extraordinary sporting year for Leitrim with winners on a national and international stages and some truly inspiring performances and in this article, we look back on an eventful year with former Leitrim star and Observer columnist Colin Regan

Mullinalaghta’s victory over Kilmacud Crokes to claim the Leinster Club Football championship 2018 gave everyone involved in the sport a timely reminder that big numbers don’t always win games. The lesson is particularly pertinent in this era of Dublin’s domination on the county scene. Club football has always been a little different, but David and Goliath victories of this scale are still rare enough to be wonderful. All of Leitrim take note, rejoice, and emulate.

Colin Kaepernick’s 2016 stance against injustice cost him his livelihood as an American Football player. Since taking a stand against injustice by ‘taking the knee’ during the playing of the national anthem, he has been ostracised by the NFL’s owners and since remains unsigned to any club. A risky, but undoubtedly well-calculated, move by Nike this year to make the out-of-work quarterback the face of their new campaign has elevated Kaepernick’s face and actions beyond the realm of sport; he is now one the most recognisable human rights campaigners in the world. By tapping into the Zeitgeist, Nike’s image of Kaepernick and the accompanying slogan – ‘Believe in something. Even if it means sacrificing everything.’ – also saw their sales and shares soar. That’s the power of sport.

The Irish Women’s Hockey team’s success in reaching the World Cup final this summer helped to shine a light on a minority sport but more generally a social and media minority - female sport. Their journey to the final was a joy to watch and follow and the contagious fun and camaraderie within their ranks should be emulated by more teams that compete at the highest level of their sport.

The All Ireland Hurling final just pips the Irish Rugby team’s victory over New Zealand as I was fortunate enough to attend the former with a good Limerick friend. As with Leitrim in 1994, they won it the hard way defeating all serious contenders en route and the defending champions in the final. It was squeaky bottom time in the final few minutes, and the drama of Joe Canning’s free with essentially the last puck of the ball will linger long in the memory and collective Limerick psyche.

Anything and everything to do with Conor McGregor.

I’m very interested to follow the exploration of a second-tier football championship. I understand there remains considerable resistance to such a proposal, but I believe most of the associated fears are unfounded and potentially short-sighted. We marvelled at the hurling championship this year yet fail to recognise the reason for its endless run of classic encounters: every team involved could beat each other on any given day. In the current football championship all half of the teams involved can hope for are a few sporadic – and yes memorable – shocks and surprises. A properly promoted and showcased second tier competition could offer consistent meaningful games that, more often than not, pit against one and other teams with realistic chances of victory, resulting in a steady supply of cracking matches.

I’m going to continue to keep my eyes firmly set on the career of Dearbhla Rooney as I believe the best is yet to come for this young athlete. Apart from that I relish watching what Terry Hyland in his first year as coach brings to the Leitrim senior football team and, more importa ntly, how this young group of players respond.