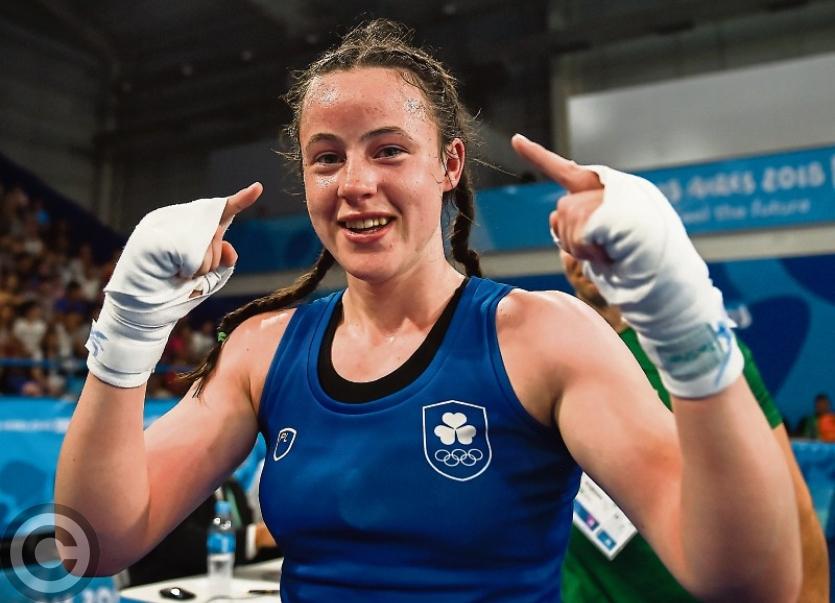 According to Leitrim Observer Sports Editor, the magnificent Déarbhla Rooney could have topped the list in five of his seven categories after a truly outstanding year for the young Glenade woman

It is that time of the year when we all naturally look back on the year gone by and wonder where all the time has gone. We also celebrate the highs and lows of an extraordinary sporting year for Leitrim with winners on a national and international stages and some truly inspiring performances and in this article, we look back on an eventful year with Leitrim Observer Sports Editor John Connolly

There were a few moments that really stand out - listening to the broadcast of Leitrim’s epic extra time win over New York, Gerard O’Donnell regaining the National 110m title, Aughawillan’s stunning finish in the final ten minutes of the County Final and Carrick Hurling’s Connacht title were all superb moments - along of course with the Dubs winning another All-Ireland (I had to get that in there!)

But honestly, the memory that stands out most was Leitrim’s destruction of Louth in a baking Pairc Sean Mac Diarmada last July, a fantastic performance where players and fans were united in joy after one of the all-time great Leitrim performances. With a pitch invasion and players mobbed for autographs, it was a glimpse of the good times for the County Senior footballers, a feeling that remained after a battling loss to Monaghan a week later.

If I’m being honest, Déarbhla Rooney almost topped five of the seven categories in our little survey. Her performances in Italy and Buenos Aires had the entire county riveted and the welcome home she received on both nights were a lovely testament to the community spirit in Sean McDermott Boxing Club and the greater Manorhamilton.

But most of all what impressed was Déarbhla herself - the way she carried herself and dealt with everything that came her way, be it triumph or defeat, doing interviews or being mobbed by fans, with assurance and grace. This young woman made the point to thank myself and Willie Donnellan for travelling to Manorhamilton for an interview last April - thanks are all too rare in this business and it certainly struck a note for myself and Willie. A special Leitrim sporting gem - in and out of the ring!

You just can't look beyond Carrick Hurling Club for this one - albeit Aughawillan’s heroes are very close. But an historic first ever Connacht Club crown for Leitrim and the sheer emotion of the occasion, a thrilling match, wonderful celebrations and the fantastic symbolic crossing of the Shannon with the Cup - all will live long in the memory. And who knows, they might go one better early in 2019!

I wasn’t in Gaelic Park for the New York game but anyone was there speaks of the incredible emotion and excitement. I was in Manorhamilton for two homecomings for Déarbhla Rooney and they really stand out. Aughawillan’s never say die spirit is so routine now that you almost forget how remarkable it actually was during those final ten minutes of the County Final.

But the treat of a non-working All-Ireland Football Championship Semi-Final double header in Croke Park was something else. Two very different days but as a Dub with Monaghan connections, it was a magical weekend of gaelic football.

Leitrim Ladies’ failure to field in the inter-county scene in 2018 is a devastating blow for the sport in the county and does not speak well for clubs, county boards or individuals that the County flag was lowered so ignominiously during the past 12 months. Relegation in League and Championship might seem like a win-win situation but regaining the trust of supporters is going to take a lot longer than a successful League or Championship campaign in 2019.

How will Terry Hyland fare with Leitrim over the coming year has certainly got everyone talking. I haven’t seen that much excitement, nor expectation, for some time and the former Cavan boss is going to have a lot to do to live up to the expectations of Green & Gold fans. It adds its own pressures - the question is how will Hyland and his Leitrim players adapt to those hopes and dreams.

Dublin footballers going for the never-before-achieved five-in-a-row is already on this fan’s mind but from a Leitrim viewpoint, I’m really looking forward to an intense club season with the new formats for League and Championship football due to come into force for 2020. There will be teething problems, of course there will, and even a few heartaches but the decision to radically revamp club structures in Leitrim is for the long term good of gaelic football in the county and that is something we can all get behind.