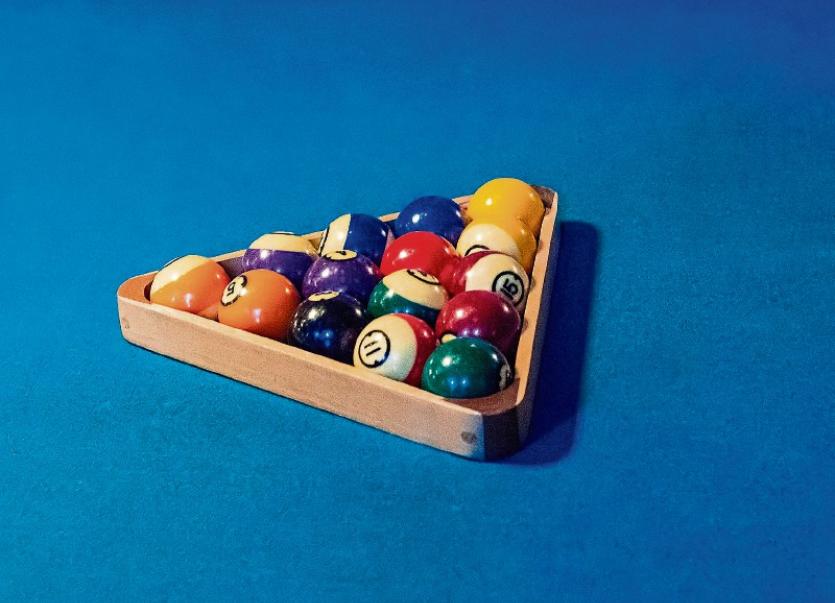 On Sunday December 30, the inaugural Leitrim Champion took place in the Drumshanbo Pool Hall with 26 competitors.

The Leitrim Champion is the most prestigious pool competition in the Leitrim Pool calendar and one of our three majors alongside the Shane Barry Memorial competition and the ongoing Premier League.

Well done to Niall Sweeney of Cootehall on winning the event, beating Brendan Shivnan from Mohill 7-1 in the final of the event.

In the competition, we had seven preliminary matches before the round of last 16 with a highly anticipated prelim between two county A players Wayne Kilmartin and John McKenna. Both were looking to win the title for a second time but Wayne came out trumps 5-3.

On to the last 16, a few players showed flying form at the start of the event including Wayne Kilmartin who beat Daragh McQuaid 5-0, Niall Sweeney beat Tommy Washington 5-0 and Gavin Donnelly beating Hugh Kielty 5-0.

In the last two games we had very tight affairs both going to deciders first between two brothers, Dave and Kevin McWeeney the other between JJ McVeigh and Jeremiah Coulter Dave scraped past Kevin in their match while JJ was victorious over JC.

In the Quarter Finals we had a great selection of players from established names to new names, in the first match Gavin Donnelly beat Dave McWeeney 5-2, Gavin clearing from break on three occasions.

Niall Sweeney beat Wayne Kilmartin in a very attacking, high standard match. On the other side of the draw it couldn’t have been tighter with Brendan Shivnan scraping past JJ McVeigh and Dessie Gardiner overcoming Richie Shanley 5-4 from a 4-3 deficit.

Brendan showed all his practice is paying off beating Dessie Gardiner 5-2.

In the final Brendan Shivnan vs Niall Sweeney, Niall won the first 4 frames, 4-0 Brendan claimed one back, 4-1 but Niall pushed on to win 7-1.

With the Premier League in full swing we are closely coming to the business end of things with six rounds remaining.

In the Group stages the top 12 will play off in one of three different knockouts A, B or C. Group 1 Jeremiah Coulter is leading the way with Peter Devaney, Niall Sweeney and Dave McWeeney completing the top four at the moment.

Membership is now due for this year 2019, the fees are as follows: Senior €50 per annum; Ladies/ U18 €30 per annum; Under 15 free. With payment of membership, each visit to the hall will be €4 for seniors, €3 for Ladies & U18s and €2 for U15s. This is great value for the facilities available with three brand new supremes being purchased in March also.