A few thoughts and events to reflect on this New Year

Buying into the ‘New Year, New Me’ promise is fraught with danger 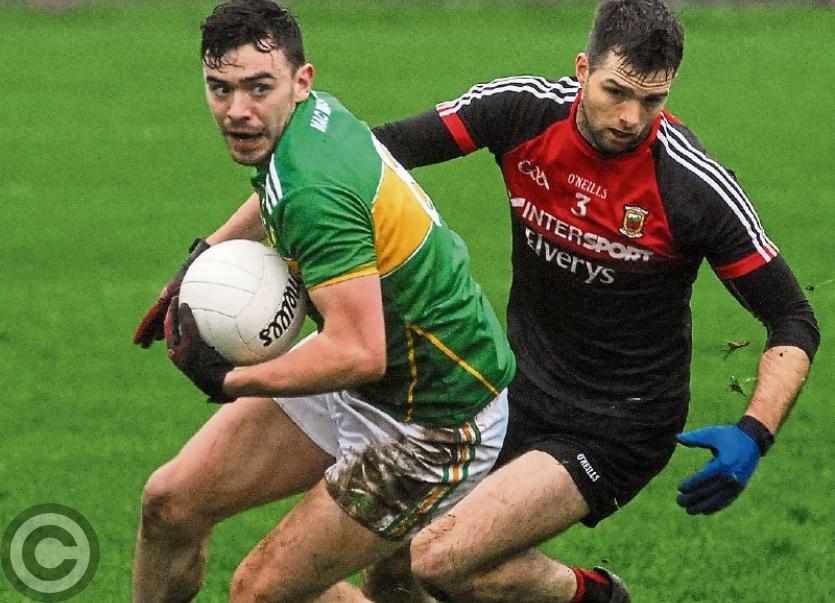 I’ve always shunned the notion of New Year’s resolutions. The idea that January 1st is a better day than any other to start pursuing a goal always struck me as arbitrary at best, delusional at worst.

Today, whatever day of the year that might happen to be, is the perfect day to start doing something that will make you feel better about who you are and how you live.

If things don’t go exactly according to plan, then start tomorrow down that road once more. You don’t have to wait for another year to come around.

Buying into the ‘New Year, New Me’ promise is fraught with danger.

Firstly, the planned lifestyle change comes on the back of the festive season, the time of plenty (of food and drink!). That’s a big switch in a small space of time and such a massive adjustment can be difficult to sustain.

People also tend to aim too big: ‘I’m gonna quit drinking and smoking, take up running and meditation, drop two stone and no more giving out to referees at club and county matches.’

Any one of those would be a major undertaking.

If you are trying to change any element of your lifestyle, set realistic goals.

And be sure to include ‘being more self-compassionate’ amongst them.

Positive self-talk will help get you to your destination sooner and in a better frame of mind than the ANTS (Automatic Negative Thoughts) that usually permeate our conscious mind.

The good thing about a fresh start in any New Year is that many other people are thinking the same thing.

Social support – be it through a walking group, an exercise class, an active retirement group, a Men’s Shed – has been shown boost one’s resolve and resilience.

Find your tribe and stick with them in 2019 no matter what your goal. Ní neart go cur le chéile!

The Melvin Gaels club is hosting a fundraising event in The Great Northern Hotel on Saturday evening that promises to be interesting. The line-up for what is being billed a must-attend event for any Gaelic footballer, athlete, manager, or coach, is exceptional. It includes:

Aidan O’Mahony – winner of five All Ireland titles with Kerry, two All Stars and One Dancing with the Stars!

Caroline Currid – one of the top sports psychologists working in Ireland today, name checked in Paul O’Connell’s recent autobiography and part of four All Ireland winning teams in football and hurling

Brian McEniff – involved in every piece of silverware won by Donegal in senior grade prior to Jim McGuinness’ break-through in 2012. He won Ulster as a player manager before taking his home county to the Holy Grail in 1992. Also steered Ulster to an unprecedented 12 Railway Cups

I’m fortunate enough to MC the event and will get to put the questions to this illustrious lot. I’m looking to get to the core of what makes them tick as individuals and where their drive for success comes from, but also their understanding of the psychology behind successful sports teams. I want anyone in attendance to leave with practical tips they can implement regardless of their sport, or whether they are an athlete, coach, or manager.

Tickets are, Adults €15, Under 16s €5 and are available in McGowan’s Spar, Kinlough or at the reception at The Great Northern Hotel, Bundoran. You can also pay on the door on the night (doors open at 7pm with am 8pm sharp start). If you think your team or squad would enjoy the gathering, contact Melvin Gaels Club Chairman, Liam Freeburn at 086 3882077, to arrange tickets at a reduced group rate. It would make the perfect pre-season outing for any group of players.

It’s been a while since Páirc Seán (Avantcard Páirc Seán Mac Diarmada to give the old vessel her new full title) attracted such a crowd on the first weekend of January, and what a feast of football the thousands of spectators enjoyed.

Terry Hyland may have lost to Mayo his first competitive game as Leitrim manager, but his style of play and the performance of his team won plenty of admirers.

The penalty shootout was a heart-breaking if historic way to end the game (it was the first time in GAA history that penalties were used to decide a competitive inter-county match).

Dean McGovern’s little cameo in the build up to Damien Moran’s equalising point was another talking point. McGovern, earlier sin-binned for a black card offence, received a late yellow card from referee James Molloy, and therefore his marching orders.

However, on his march to the sideline, he engaged in a quick one-two with the Bornacoola man who duly slotted the returned ball over the bar to register the equaliser deep into injury time.

It was a case of instinct kicking in for McGovern. He was still on the pitch as play progressed and chanced his arm. It was good to see both himself and Moran so tuned in at that late stage of such a competitive and tight match. It all added to a dramatic conclusion and one that Seamus O’Rourke might yet translate into verse in his inimitable way.