Leitrim probably should have won it - Horan 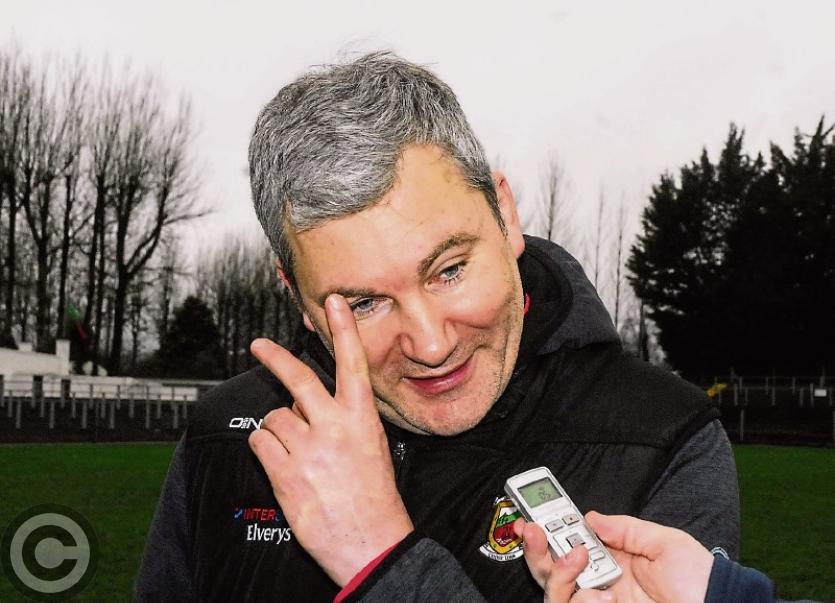 Mayo manager James Horan didn’t mince his words when he declared that his team were lucky to have escaped with a draw at the end of normal time, even with it’s controversial ending.

“Jason had the first one so I think that put the pressure on, it is much harder to score a penalty in gaelic than in soccer, he stuck that away and it put a bit of pressure on Leitrim.”

“I think Leitrim had a 15 minute period in the second half where they were all over us and we couldn’t possibly make more mistakes if we had tried to do it. Leitrim were very good, very strong, very well organised and probably should have beaten us today but we stuck in there and did enough good things to get through in the end.”

Neither did he make too much of an issue the controversy over Leitrim’s equaliser - “There you go, it is amazing what you can get away with. It was a bit frantic there towards the end. There are a lot of refs under pressure with new rules, I said it earlier on in the week.

“The refs are under savage pressure, one person on a pitch this size with 28 outfield players running around it, it is impossible for them to get everything, it really is.”

“We lost both throw-ins, there was ball spilled on the ground and we didn’t win and three or four seconds later, they were in on goal. That kind of thing is you're not going to develop too much if that kind of thing is happening, the amount of attacks down the middle of our defence was shocking.”

But there will be new faces in the semi-final against Galway - “We’ll definitely try a few new faces against Galway, we had Conor Loftus and James Durcan with us today so some of those guys we will definitely be looking at. We have a lot of guys to pick from and some of the new guys will get a chance again, they did enough to keep the jersey.”

And Horan paid tribute to Mayo's fans who turned out in big numbers - “It is a while since they had a game to go to and it was great to see them here, I think they got value for money in the end.”