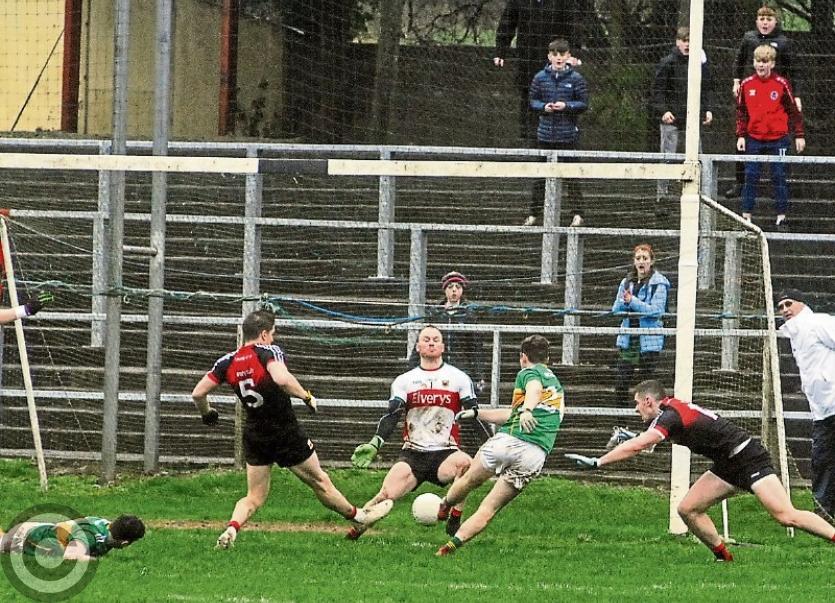 A day of drama and excitement but Sunday’s FBD League game was also a chance to get a close look at the groundbreaking new experiments in Gaelic football.

The drama of gaelic football’s first ever penalty shootout fell to Avantcard Pairc Sean Mac Diarmada and while it brought huge excitement to the fans of both teams, Leitrim manager Terry Hyland was a bit nonplussed by the new regulations.

“I don’t know if I’d be in favour of it,” was Hyland’s first reaction, adding “I know we were kicking frees last year from the 45 and they said bad weather was causing problems with that and they brought it into the 35. ]

“But I think we should have still stuck to the skills of freetaking rather than penalty taking. I think we’re slightly switching over to another sport doing that. I know there is pressure on time but five minutes of extra-time and then go to spot kicks, try to let lads win it on the field before we used that one.”

Sunday also saw the new rules come into force with few having any impact whatsoever on the game with no marks inside the 45, the sin-bin allowing Dean McGovern come back on (so maybe that one did have a roundabout impact) and the sideline kicks causing no problems.

But the rule governing three consecutive handpasses looks a tough one to sell even if Hyland is not against changing and improving the rules. Rather the problem is with the timing of the introduction of the new rules.

“I’ve no issue with the rules and rule changes but unfortunately the hand pass rule is something these guys have been taught to play with since they were five, small sided games, they’ve been coached that and big diktat from Croke Park that this is the way you play football.

“And now suddenly when they are 25, sorry you can’t do anything you’ve done for the last 15 years. This is the bit I have a problem with because you have to reprogramme lads to do something that has been so common to them for so long.

“Fine if you introduce it with kids and bring it up through the system but if you throw it into the middle of the competition and expect it to work.”

Hyland agreed that the restriction on handpasses actually slowed down the game at times - “You have to stand and think, ah how many passes are we after doing now and you could see it with our goalkeeper in the first half when he was caught over the far side. Again I’m looking in and I’m saying that is the third pass and the linesman was saying it was the fourth and I’d said there was a blocked ball that went back.

“I don’t know if the refs are being wired or what is happening - I happened to be at the Cavan game and I see calls being made to me when the referee had his back to play so I don’t know if other people are calling the passes or who is calling it.”

And Hyland feels that the rules could yet seriously impact some team’s hopes in the National League - “That’s the way it is, it is FBD, it will be O’Byrne Cups and McKenna Cups and it doesn’t make that much difference now but it is when the National League starts and if that costs you two points in a game that when it is a major problem.”