Terry content but not happy as he laments missed opportunities 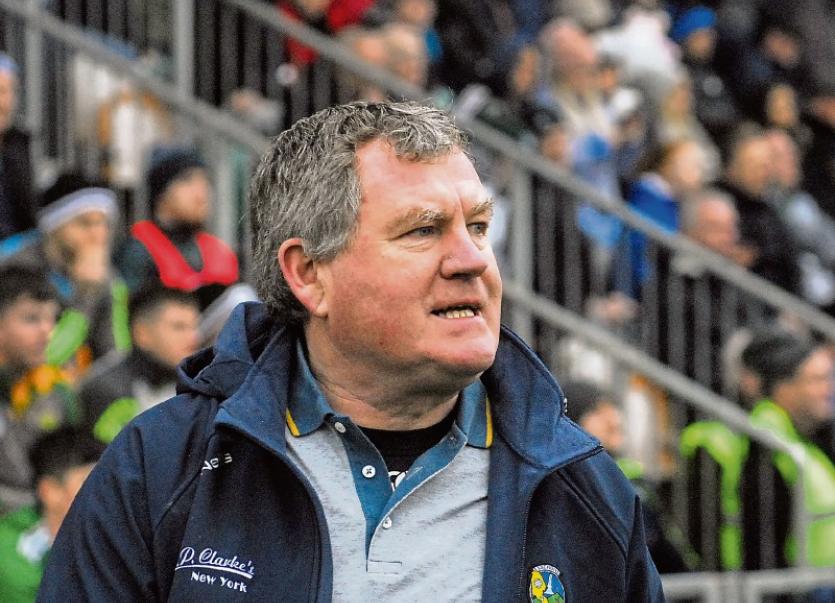 It’s hard to know what to feel after Sunday’s dramatic FBD League clash and even manager Terry Hyland seemed somewhat caught between happiness at a good performance and disappointment at a lost opportunity.

As strange as it seems, it was our final question to the new Leitrim manager on the pitch last Sunday, surrounded by eagerly listening Leitrim fans, that encapsulated Hyland’s mindset perfectly, a response that garnered a round of applause from a group of very happy Leitrim fans.

Asked if he was happy with the performance of his troops in holding Mayo to a draw, Terry, half laughing, said “By my nature, I’m probably not a happy fellow but I am content” - certainly the perfect summation of Leitrim's day.

It was missed chances that left Hyland most ambivalent about the result - happy with how Leitrim created four clear cut goal chances but unhappy those self same chances were spurned - “We did have the chances to win the game and we can take the performance out of it but we can build on the performance.

“We just have to work on the mistakes that we made. We had opportunities to win the game and unfortunately we just didn’t take them but at least we created the opportunities.”

And Terry admitted he was pleased with how Leitrim responded to adversity in the first half - “I think the most pleasing thing to me was that after 15 minutes, it looked as if we were gone but we turned the game back in our favour with a couple of points before halftime and after halftime, I thought we were much the better team.”

The improvement in the second half was startling and came with the introduction of Mark Plunkett and Ryan O'Rourke. The second half also saw Leitrim drop more cover back for a beleaguered backline and Terry agreed that Leitrim were much more aggressive in the hunt for the ball in the second half - “Well, it can be a little bit of old habits more than anything else.

“We went out in the second half and played the way we wanted to play. We set up that way for the first ten or 15 minutes and we were going quite well. We did go back in our shell a little bit, we started kicking the ball back and across the field, there was a lot of ball being recycled because we weren’t brave enough to go forward.

“But to be fair, when we talked to them at halftime, we got that turnaround. We had the opportunities, we had two clear goal opportunities in the last ten minutes and unfortunately we didn’t take them, that is the nature of the game, it is about scores.

“Lads will talk about statistics but the scoreboard is the biggest statistic and if you’re on the right side of that statistic, you’ll be alright.”

With Leitrim’s programme of official “pre-season” games now complete, the task of producing a panel for the Allianz League comes to the fore but Terry is hopeful that the County Board will back his plan to continue with an extended panel for the League.

“I suppose we’d chat with the lads on the County Board,” said Terry, adding “I’ve a saying ‘you learn nothing at home’ so are lads not better in playing football? If there has to be a look at the cost factor of that, then we’ll look at that but lads won’t learn anything at home.”

With former captain Donal Wrynn unavailable this year due to work commitments, Terry doesn’t plan on naming a replacement for some time yet - “No we haven’t and we won’t, we’ll let lads perform and see where we are at.

“We probably won’t name a captain until round two or three of the National League because there are lots of lads putting their hands up, it is all about leaders - there are leaders in the dressing room and leaders on the field and we’ll pick it from there.”

In fact, Hyland is pretty happy with the panel he has at his disposal and doesn’t envisage brining anyone else in - “It is about the lads that are here. I know that there are lads who can’t come in for certain reasons, they can’t do this and they can’t do that but perhaps to be fair to all these lads who have stayed in.