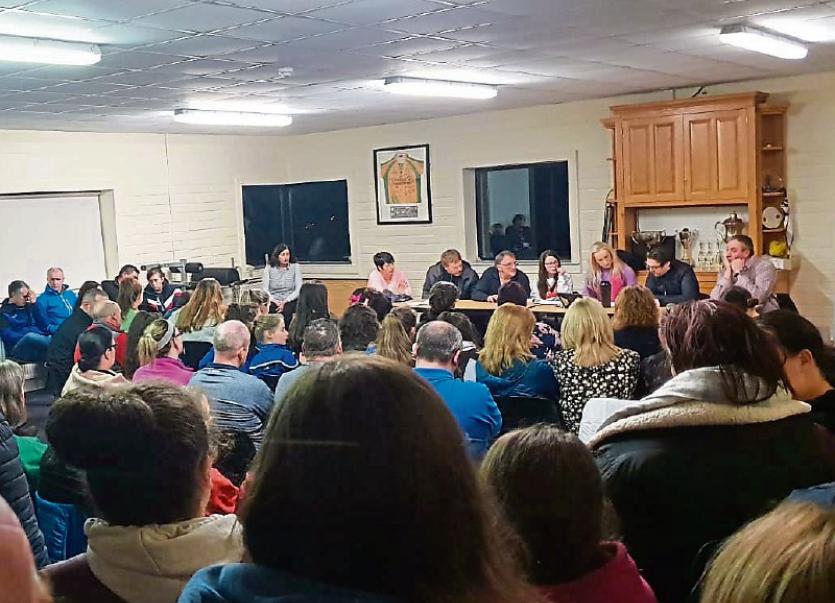 A view of the meeting in Drumshanbo

There will be Ladies football in Leitrim in 2019 after an emergency meeting of clubs last Saturday in Drumshanbo ended with the election of a full set of County Board officers.

For the second year in a row, there was a threat to the future of the Ladies game in the county but a packed Allen Gaels GAA Club in Drumshanbo ensured that new officers have been found and the game, at club and county level, has been secured for the coming year.

Aidan Heron from Drumshanbo was elected as the new chairperson with P.J. Ryan from Drumkeerin taking over as Secretary.

The packed meeting also committed to fielding a Leitrim team in Division 4 of this year's Lidl Ladies National League with St. Joseph's joint manager Brian Mulvey appointed as a temporary manager of the Senior team.

SEE MORE ON THIS STORY IN THIS WEEK'S LEITRIM OBSERVER