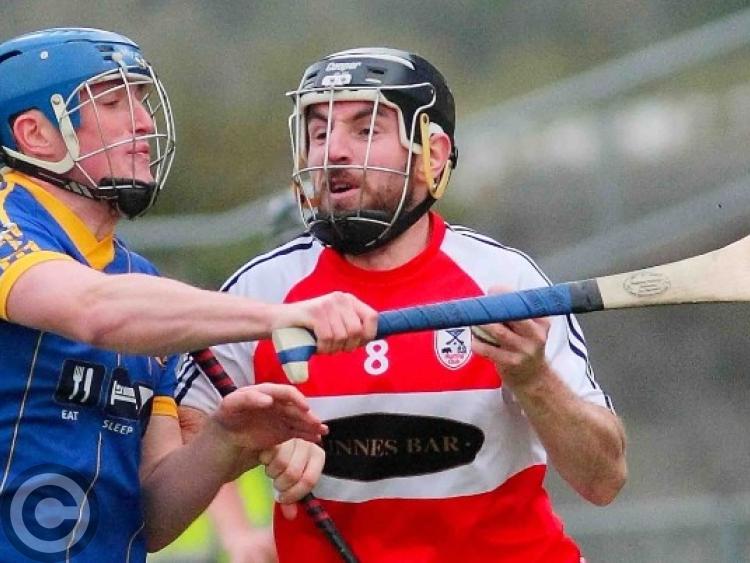 History makers they may already be but Carrick-on-Shannon Hurlers are looking to grab another piece of Leitrim GAA immorality next Sunday in TEG Cusack Park in Mullingar.

The first ever Leitrim club to win a Provincial title last November, Carrick Hurlers take on Castleblayney Faughs of Monaghan next Sunday (2pm throw-in) in the AIB All-Ireland Junior Championship Semi-Final with even more history at stake.

And captain James Glancy knows exactly what is at stake as Carrick attempt to become the first Leitrim team to reach an All-Ireland Final - “New territory I suppose, nobody knows what to expect from the match itself except we’re up against a good team. I suppose we just have to focus on getting our own performance on the day.”

New territory it very much is - even training over the Christmas period was new but as much as there was novelty, next Sunday’s semi-final is all about performing - “Even training through the winter is new territory for the team to come out the other side of the winter and to be looking forward to a game is great.

There is no doubting that Carrick’s players have loved their winter of training and James has been enthused by the influx of young players into the Carrick training panel, players who aren't able to play a part in Sunday's Semi-Final but who yet could be Carrick's secret weapon.

“It has been enjoyable and the young lads coming has been key, lads who would have been U17 last year. That injection of youth and new players has added to the enjoyment of the whole thing and numbers have increased as a result too. They are all well able to hurl, are all technically good.”

James credits the great work being done at underage level in the Carrick ranks for the ability of the young players - “They are still 17/18, at the end of the day but it has been great for training and it is great for the future of the club. That is down to a few people like Hilary Phelan who have got it up and running over the last few years and kept it going, there are lots of people involved so the underage is in a strong state now.”

These young players may not be able to line out next Sunday as they are still considered U17 by Croke Park but they have ensured the Carrick men have been tested in training, helping sharpen up an experienced team.

And James feels Carrick have a nice mix of power and skill - “You need a mix - you need the big lads and the smaller ones. I suppose our main players are big lads but there is a mix of tidy hurlers. There is a good mix overall but at this time of the year, it does come down to the bigger lads with the conditions.”

Getting the feet back on the ground after the Connacht Final was not that hard despite the celebrations that followed the history making moment - “We celebrated it like nothing before - for a few weeks it was all games, games, games and when we got to the final, we were ready and we took the opportunity when it came to us.

“It does mean a lot to us and to a lot of people over the years who have came and went and to those who kept at it. I wasn’t aware we were the first Leitrim team to win - it was yourself said it after - we’ve no idea what went on 20 years ago but it was definitely special.

“You could see that it meant a lot to a lot of people and that rubbed off on everybody else and lads grew from it. At the end of the day, it won’t count for a lot next Sunday.”

And that seems to be the big message from the Carrick camp - winning Connacht was great but next Sunday is a very different game!

“It is definitely a game we want to win but it is definitely a step up at the same time. We need to just concentrate on our game, not get too bogged down on how good a team Castleblayney is and we need to bring it back to basics.

“The All-Ireland Final is the last thing on our mind. If we win it, we’ll have earned it. I think I said it to you before about getting wound up for Connacht Finals and things just fell apart so we have to take it one game at a time and make sure that we try and get things right for the day itself.”

As for a verdict, James’ caution comes to the fore - “Every player, whether they are playing club football or club hurling, likes to think they’d be capable of doing something like reaching an All-Ireland but then the more you get wound up in the head about it, the worse you play.

“The older you get, you seem to drift away from that. So at the time of the Connacht Final, we were just in the middle of so many games that we didn’t get the chance to think about it, it just came upon us, we got the opportunity for it and that was it.

“Not to be playing it down or playing games, we know what we can do but at the same time, we’re going in against a team that has played at a higher level down through the years. We’re trying to keep our feet on the ground without saying that yeah, we can win it.

“People are always afraid of saying ‘we think we can win it’ and we don’t want to say it. We just want to concentrate on getting a good performance and getting everybody playing as well as they can and who knows what might happen.”