We just couldn't get there 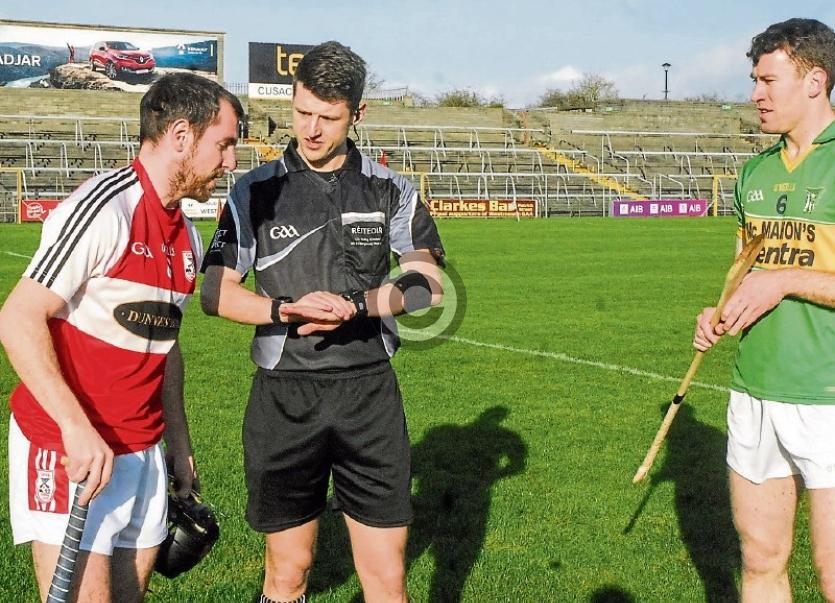 Finding words minutes after a heartbreaking one point loss in an All-Ireland Semi-Final must be one of the hardest things to do in sport. But typical of the man and the way he captained Carrick Hurlers this year, James Glancy didn’t shy away from the task.

With fans commiserating and congratulating the Carrick heroes on a fantastic display, James was naturally torn between despair and pride as he felt that if Carrick had managed to get level, victory would have followed - “It felt like we were coming into more and more as the game went on, it just that we left that small little bit too much at the end.”

And James felt that the marvellous support from the stands almost pushed Carrick over the line - “There were always able to keep that point or two at the end but if we had got back level with the momentum and the crowd behind us, we just couldn’t get there but that is just the way it is I suppose.”

A disjointed first half wasn’t reflected in the scoreline at the break and James attributes Carrick’s stirring response to Castleblayney’s goal to a realisation among the players that it was now or never - “I suppose in a way we were two points behind at halftime and we could have been level and we hadn’t started playing at all.

“We knew there was a lot more in us but the second half, we had nothing to fear and we threw off the shackles in the second half, got into every ball and just went at it. We weren’t going to have another chance to do it for a while so we just threw everything off and everybody gave it absolutely everything.

“You could ask for any more from anybody, from Declan in goals all the way up to every single lad who came in there, they gave it absolutely everything.”

Even right at the end, Carrick were chasing an equaliser but unfortunately Clement Cunniffe’s injury time sideline cut was cleared and also ruled a square ball infringement. Yet even then, James said that Carrick were still hoping for a miracle - “We needed something special but with Clement there is always a chance, he is up there with the best of them, you never know, he is always with a chance of scoring.”

The Carrick captain was also full of amazement as the support coming from the stands in TEG Cusack Park - “It was huge, the second half - there was nothing like that ever before and you can see them here afterwards, coming up and shaking hands.

“But the support all round the place, flags up, messages coming in left, right and centre, it’s been huge and it has been brilliant to be part of it.”

It might have been the end of a magical journey for Carrick hurlers but James believes Sunday’s defeat is only just the beginning for a very talented group - “Hopefully, hurling can build in the county again, it has been slowly building over the last couple of years and today is another step along the way and hopefully we can push things along the way.”