“I would have loved to have two more minutes” 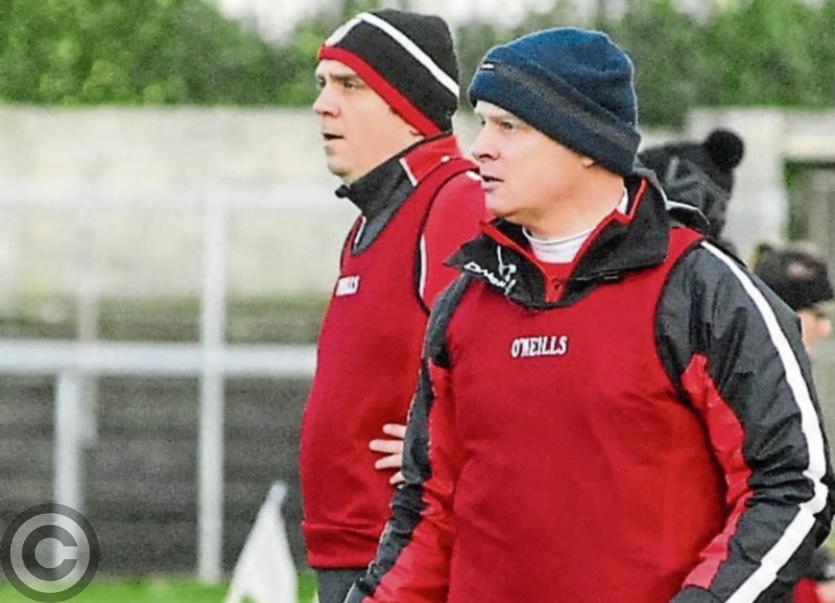 Unwittingly, manager Olcan Conway summed up the feelings of all Carrick fans last Sunday when he mused under the main stand in TEG Cusack Park “I would have loved to have had two more minutes.”

With media duties to deal with after the final whistle as well as consoling his players and visiting the Castleblayney dressing room, Olcan didn’t have a second to himself after the one point loss, let alone time to gather his thoughts.

But when he did, it was obvious the pride the Carrick manager had in his troops was battling with thoughts of what might have been - “Extremely proud of the way the lads played today, they really did roll up their sleeves and gave it everything they had.

“To lose by a point at the end, it’s a bitter blow but still it is something we can be very proud of and hopefully we can use this experience in the future and push on again.”

Those small margins were huge and it was obvious it weighed on Olcan’s mind - “We always talked about it the last week in particular about how small the margins were going to be, they were minimal, just simple things like moving while we strike the ball, just very basic, basic things.

“But at the end of the day, we lost of the game by a point and we were unfortunate to lose it. I would have loved to have had two more minutes, I think we could have another goal or a point against them but it is what it is, we’ll just have to take it on the chin and move on.”

Analysing the match, Olcan stressed his side would learn from the game - “Didn’t get going in the first half, they nullified our midfield and our half-forward line particularly well, they were dropping very deep for our puc outs.

“But again, things we can improve on and it is a learning experience. We have a very young panel, I know we have some experienced lads as well but it is a young panel and the lads who are coming through can learn from today and push on from here.”

So meticulous were Carrick’s preparations that it was always the plan to spring James McNabola from the bench late on in an effort to win the game - “Fantastic point from James, James always had that potential. We were always thinking in the back of our minds that when the game comes down to the melting pot and both teams were tired, James has serious pace and can do damage.

“Maybe we should have got him on a minute or two earlier but it is tough going and it is still tough to take but I’m very, very proud of the lads.”

One other thing stood out at the game and that was the incredible Carrick support in the stands and Olcan was very much aware of it - “You might find this strange but I didn’t look in the stand once. I did hear the crowd alright but I didn’t turn round and look at them once because I just tried to keep my eyes on the pitch.

“But you could definitely hear the roar behind us, that is one sure thing and you could feel the effect of it, it was lifting the players and it was brilliant to have that sort of crowd down from Leitrim supporting a club hurling team, it was fantastic.

“And not just people from Carrick but people from all over Leitrim and we’re very thankful that they came down and gave us their support. Hopefully we can give them another day out again.”