No promotion promises but Hyland promises Leitrim will try 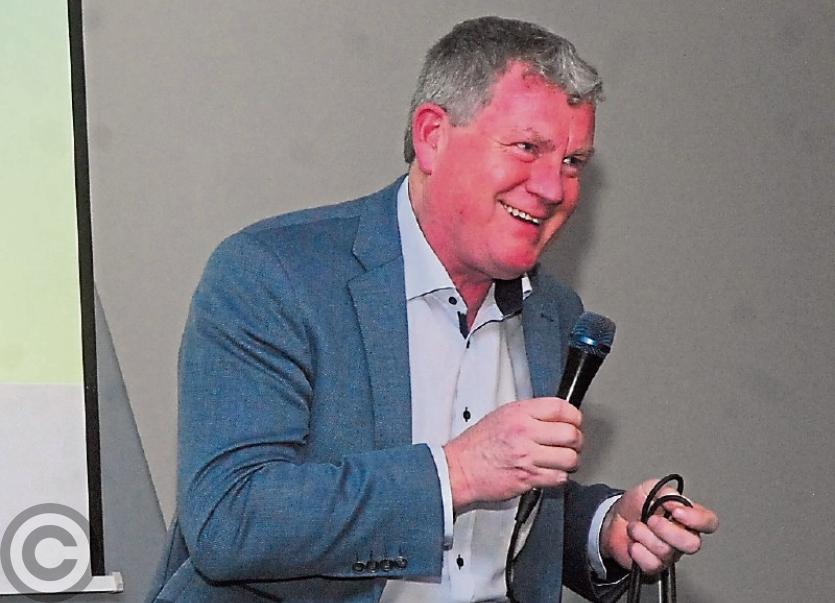 It’s the time of year when hope springs eternal in the GAA world - the pre-season competitions are out of the way, the Allianz League is about to start and every county dreams that this might be their year.

Dublin dream of a five-in-a-row, Kerry of toppling them and while Leitrim are three divisions below them for League football, the visit of Wexford to Avantcard Pairc Sean Mac Diarmada next Sunday (2pm throw-in) will see Green & Gold fans dream just as much as the Dubs or the Kingdom.

The long promised and desperately sought after promotion from Division 4 is the only topic of conversation among Leitrim fans at the moment, buoyant with the arrival of Terry Hyland as Leitrim manager but the former Cavan manager is wily enough not to make any big promises.

Asked about the long sought after promotion from Division 4, Terry says “In one sense, no matter how you say, you are damned if you do and damned if you don’t. Of course we want to get promoted, that’s why we’re in the competition and that is why we are there and to deny that would mean that we should be where we are.”

But there is a warning for fans, a warning nevertheless with lots of hope - “Whether that happens this year or not, I can’t answer that. I think if everything falls into place and goes well for us, I think it could happen this year.”

Neither does Terry see his arrival as adding pressure or expectations to this Leitrim squad - “I don’t do pressure, I have a saying pressure is for tyres because at the end of the day, if you start worrying, if you putting yourself under pressure, you’re going to slip up and make mistakes.

“Of course we will make mistakes but while put pressure on ourselves by saying something and putting ourselves down an alleyway we can’t get up. We keep a very open mind - it is all about football, it all about sport.”

Hyland has talked about putting a structure on Leitrim’s play and there is no doubt that the former Cavan boss is a believer in getting a structure right on the field - “People mimic different sports and do things different ways but as regards League football, there are far more Ulster teams in Division One of the League than any other province over the last number of years.

“At the end of the day, Division 4 is like a mini-championship - you’ve got to win every game. You lose one, you possibly will be going up - you lose two, you won’t and that’s just the way it is.”

And Terry points to his own experience with Cavan as proof that progress comes in small steps rather than dramatic one-off breakthroughs - “It is different in Division 4 but that bunch of Cavan lads were one step away from Division 4 at one stage.

“Certainly the major progress would be getting out of Division 4 and certainly we will aim for that.”

Wexford are first up next Sunday and Leitrim’s last two meetings with the Model County saw Leitrim suffer two narrow losses but you get the sense from Terry that he is looking at his own team first and foremost rather than worrying overly much about the opposition.

“Of course, we look at Wexford to a point but we have to look at ourselves in one sense and see how we perform. We will look at them and see where we can pick weaknesses and do the video analysis and go through all that but I suppose it is about ourselves and how we set out our own stall and how we perform.

“It would be unfair to our lads to start putting everything on top of Wexford - it is about us going out and performing, I think it is about us showcasing our ability and what we can do and hopefully that is good enough on the day.”

Much of that will involve instilling self-belief in the Leitrim ranks and while Terry admits that Derry and Wexford will start as favourites, you never know what might happen if the Leitrim players believe in their own ability.

“Normally the teams who go down are the favourites to go back up - that’s natural enough, they’ve been playing at a higher level. To be fair to the lads, they are working very hard. I do think, don’t get me wrong, they’ve a good bit to learn but they are in that curve and they want to be in that curve.

“I think if we can instill that belief and that mindset in them, they can back themselves and suddenly the shoulders don’t drop when they make a mistake and they believe in their own ability. We’ve a little bit of work done, now let’s test the water.

“We tested it against Mayo, it went quite well - did we make a lot of mistakes on the day? Of course we did but it was the first outing of the year and if we can correct those mistakes, I think we can get to where we want to be.”