Hyland happy with response but admits work needs to be done 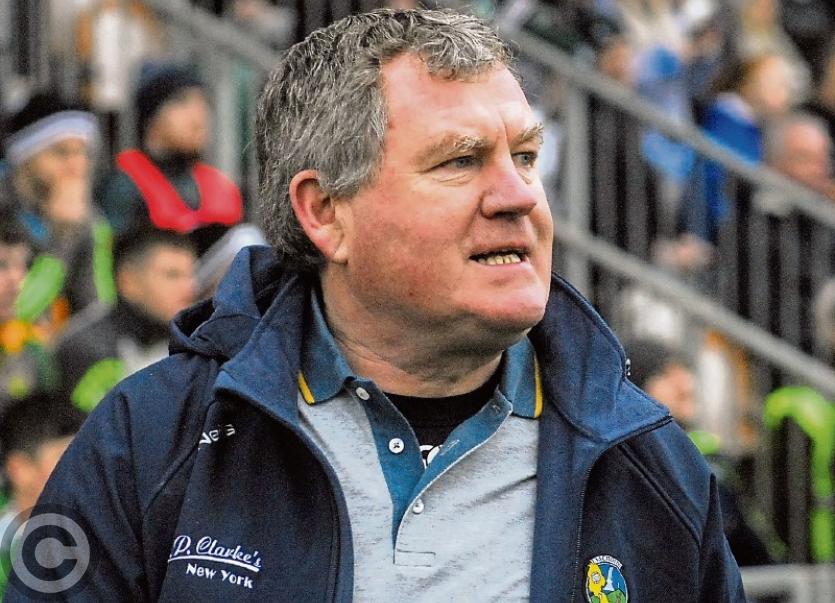 Positivity and enthusiasm are two qualities not often highlighted when it comes to inter-county managers but spend any time chatting with new Leitrim boss Terry Hyland and it is those two qualities that comes across most vividly.

And it is clear that he is buzzing to get started next Sunday in the Allianz League Division 4 when the Observer asked how he had settled into the Leitrim hotseat - “I settled in quite easily to be honest with you. I found that it is a very easy environment to be working in.

“The lads are working very, very hard and have showed an honesty and grit that I like. I am a great believer in honesty and I’ve been quoted often about the honest gasun. The guy that is honest off the field and he is honest on the field will always get something out of it.”

The prospect of reducing the size of his panel is not a pleasant one given the response of players - “That is the tough thing about having big panels, sometimes you have to cut them down but to a man, they have been pushing themselves to make sure that they put their hands up.

“And it is going to be a very difficult thing for our management to decide who we let go, do we let anyone go and where we go with that but we won’t make that decision for a week or two yet.”

And it seems that the former Cavan supremo is quite happy with who he has in his pane - “I’m always happy when somebody puts their hand up and is willing to put their neck in the noose and say ‘look, I’m willing to play, I’m willing to compete’ and that is the way you have to be.

Leitrim’s mix of young players and experienced veterans sees Leitrim without the core group of 26, 27 year olds but even then, Hyland turns it into a positive - “It is a nice blend of youth and experience and you could probably see the youth, the way they could perform that day against Mayo, our forwards were very, very young and they all performed very well and they are good skillful footballers.

““We have to allow these young lads develop, there is a lot of 22-23 year olds so we have to let the develop themselves into men in the footballing sense and I think they will.

“We’re probably slightly missing the 26, 27 year olds a little bit but we need to work with who we have and the League will make those lads mature quite quickly because they will have to be as competitive and as combative as they have to be and it will bring them on an awful lot.”

“I’m probably more system orientated than previous managers were and while I may feel that we lack something in certain skills area, we can make it up with the system. That takes a while.”