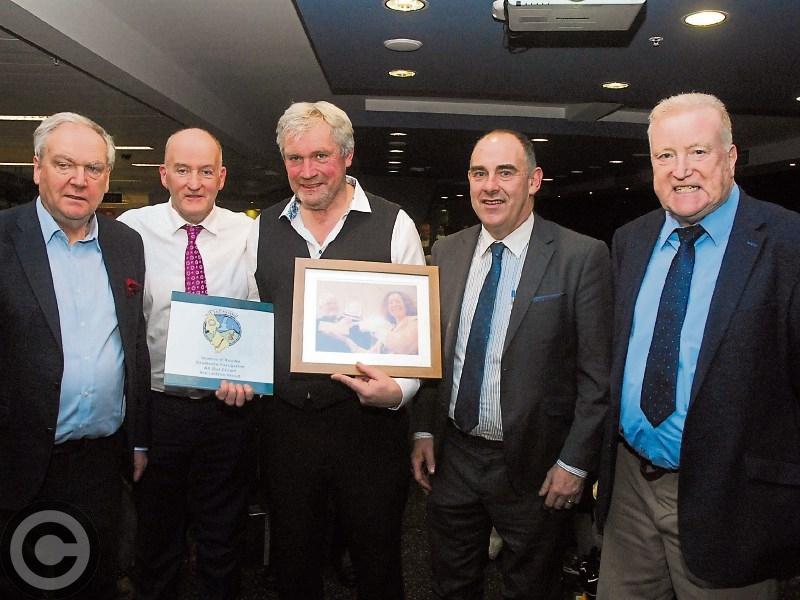 Seamus O'Rourke may play down the exploits from his footballing career with Leitrim but there was no doubting the Carrigallen man owned Croke Park last Thursday evening.

A former Leitrim Minor, U21, Junior and Senior footballer - and all in the same year - O'Rourke had the audience at the launch of the 2019 Leitrim GAA Supporters Club in the palm of his hand, delivering some wonderful pieces of poetry and reflections in the Celtic suite of GAA HQ.

O'Rourke was naturally the high point of the evening but the dedicated football fans in the audience, listening to Terry Hyland chat with MC Colin Regan was just as illuminating.

Expanding on the theme, Terry was adamant that football is a progression - “A way of playing is an ends to a means and it is a progression, you have to work with the players you have.”

The main aim, of course, was to get people to buy tickets in the 2019 Leitrim Supporters Club with Mike Feeney emphasising just how important the contribution of Dublin based fans, some €15,000 worth of tickets sold last year.

The Supporters Club tickets wasn't the fundraising campaign being pushed with the Leitrim Wall campaign also receiving an extensive update from Eamonn Duignan as he urges the county's exiles to support the campaign and ensure the Leitrim Centre of Excellence is finished to the highest standards.

But the biggest benefit of the night was the opportunity for Leitrim gaels from all over Dublin, Leinster and home to meet, chat and share news. It was a wonderful opportunity to meet and renew friendships and perhaps a bit more time allocated to this side of the evening at the expense of the speeches would make the evening an even greater success than it already is.