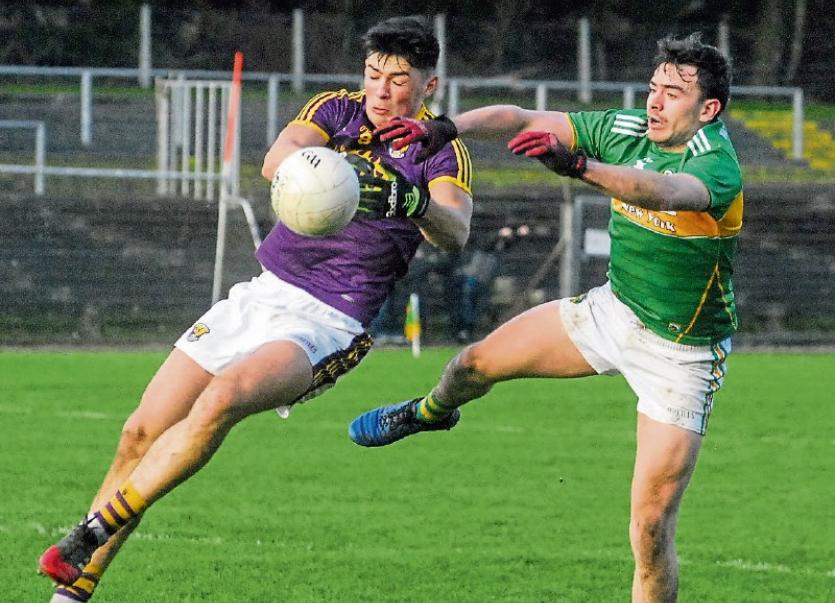 While the Leitrim players, management and supporters celebrated a memorable victory in Avantcard Pairc Sean Mac Diarmada it was a very different scenario for all associated with the Wexford team who were left to reflect on a “disastrous” second half.

Wexford manager Paul McLoughlin cut a frustrated figure as he emerged from the visitors dressing room to give his assessment of his team's performance.

While he could have focused on an encouraging opening half, in which Wexford were the better side, he struggled to get away from the second half performance that saw his side's chances of an opening day victory disappear without much of a fight.

Although the game ended in heavy defeat, there were some positives for Wexford to take from the contest, particularly the manner in which they played in the first half but in the immediate aftermath Paul was making no excuses for his side's capitulation.

“They have a lot to learn from the match. We would be terribly disappointed, we felt we were in control of the game to some extent. We were a point up at half-time, we looked secure enough, we were playing well enough.

“I thought we could have been a few points more up but in the space of 10 minutes we fell apart. We are disappointed, no doubt.”

Paul was generous in his praise of the Leitrim team who bossed matters after the break while also being highly critical of the manner in which his own side performed.

“Fair play to Leitrim, they had been creating goal chances in the games we had seen.”

Paul and the Wexford management team had their homework done on the Leitrim team, aware of the goal threat they posed following the recent FBD game against Mayo but nevertheless they were unable to thwart that threat.

“They created goal chances against Mayo and took two obviously. The game was over after that 10 minute spell. They scored 2-1 in the space of eight minutes and fair play to them they deserved the win today. We certainly didn’t deserve to win the way we played in the second half. It was a disastrous second half for us but we will have to pick ourselves up and move on.”

One positive that could be taken from a Wexford point of view was that it was only the first game and there is plenty of time to get back on track but that was not an opinion shared by the Wexford manager.

“It was an important game. I know it was the first game but Leitrim have ambitions and we have ambitions of improving our position so it was important from that point of view but we have to pick it up and move on.”