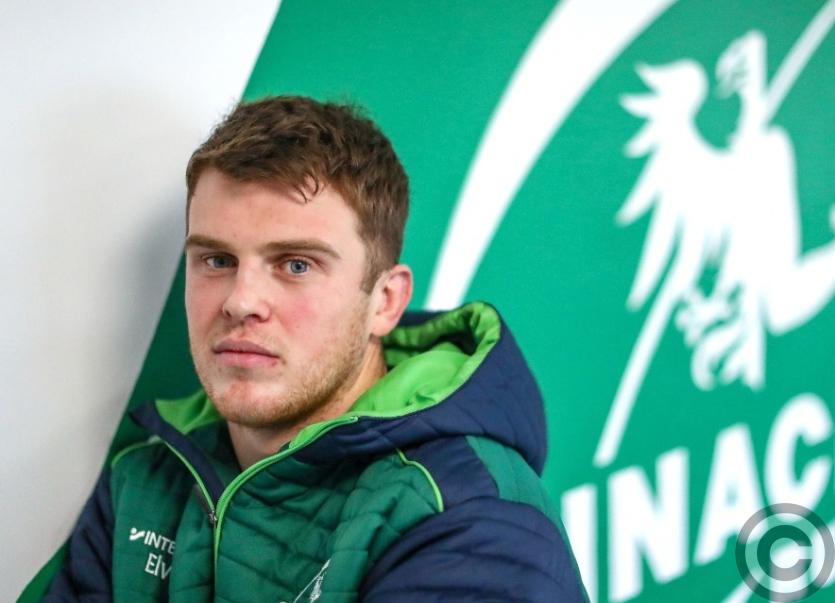 The people of Dromod will have extra reason to cheer on Ireland during this year’s Six Nations Rugby championship with the news that a Connacht rugby star with local links has received a call-up to the squad.

Connacht’s imposing six-foot two-and-a-half inch centre Tom Farrell is the son of Tom Farrell from Clooncolry, Dromod and his mother Anne, nee Collins, from Islandeady in Mayo and he is in the news after being called up to the Irish squad.

Forming a powerful partnership with established Irish international and fellow Connacht star Bundee Aki, Farrell is one of three new call-ups from Connacht to the squad with former Roscommon underage GAA star and outhalf Jack Carty and Caolin Blade joining him.

A former Castleknock College student and member of Coolmine RFC, Farrell credits his father with encouraging him to stick with rugby at times when he wanted to give up the sport. Farrell joined the Leinster academy ahead of the 2013 –14 season and featured for the province's second tier side in the British & Irish Cup, making a total of seven appearances.

Farrell also played for Lansdowne in the All-Ireland League, winning the "Rising Star of the Month" award for March 2015 before moving to London Irish in 2016.

Farrell’s time with the London Irish Exiles was short as he quickly moved to Bedford Blues for the 2016-2017 English Championship season, making 12 appearances before leaving mid-season to return home to Ireland and Connacht.

With an injury crisis, Farrell was immediately added to the reigning PRO 12 Champions squad for the European Champions Cup and has continued to feature heavily for Connacht where he has formed a potent partnership with Aki.

So far this season, the 25-year-old Farrell has made 13 appearances for Connacht, scoring 20 points and making 104 tackles.

At International level, the Dublin native has represented Ireland at underage level and played in two of Ireland’s three pool games at the World U20 Championships, starting in the victory over Australia and scoring a try against the famous All-Blacks.

Farrell retained his place for the knockout games against France and Australia as Ireland eventually finished eighth overall in the tournament.