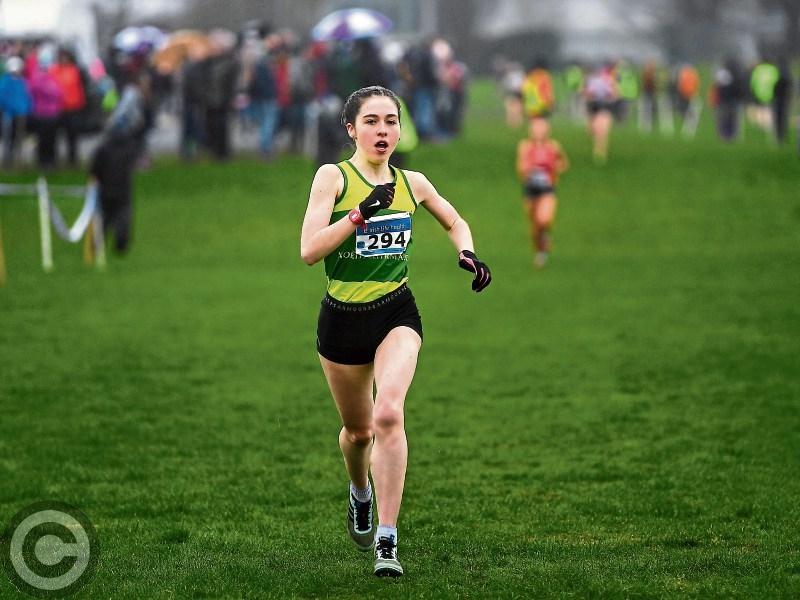 Sarah Brady on her way to victory in Dundalk

North Leitrim AC's proud record at the Athletics Ireland Juvenile B Cross-country was embellished further last Sunday when Sarah Brady stormed to a clear victory in the U17 Girls race.

An unfortunate clash with the North Connacht Schools Cross-country in Moyne on Sunday meant that athletes had to choose between one event or the other but it proved a fruitful decision for young Sarah Brady.

Sarah's clubmate Niamh Carolan had won a title in Waterford a few years ago and Sarah followed up with a dominant performance as she ran with the lead pack in the small field, testing out her rivals on the hills on the mainly flat course at Dundalk Institute of Technology.

The Manorhamilton runner couldn't be stopped as she stamped her class on the race with a long sprint for home to run out a convincing winner.

Eugene Doherty of North Leitrim was the next highest finisher as he finished 16th in the U17 boys race with clubmate Darragh Mitchell in 20th while Niamh Carolan made her comeback from an injury plagued season as she finished 18th in the U15 Girls race, having last raced in the Connacht Clubs last November.

Carrick AC's Riaghan Guckian finished an excellent 30th in the U11 boys race while Karen Mulvaney Kelly was 44th in the U11 Girls race and her North Leitrim clubmate Mia Connolly 118th. Both the U11 races featured huge fields with well over 150 finishers in both races.

Attention will now turn to the Connacht Schools Cross-country on Saturday February 16, in Loughrea.