Shane relishing life back with Leitrim after a year away 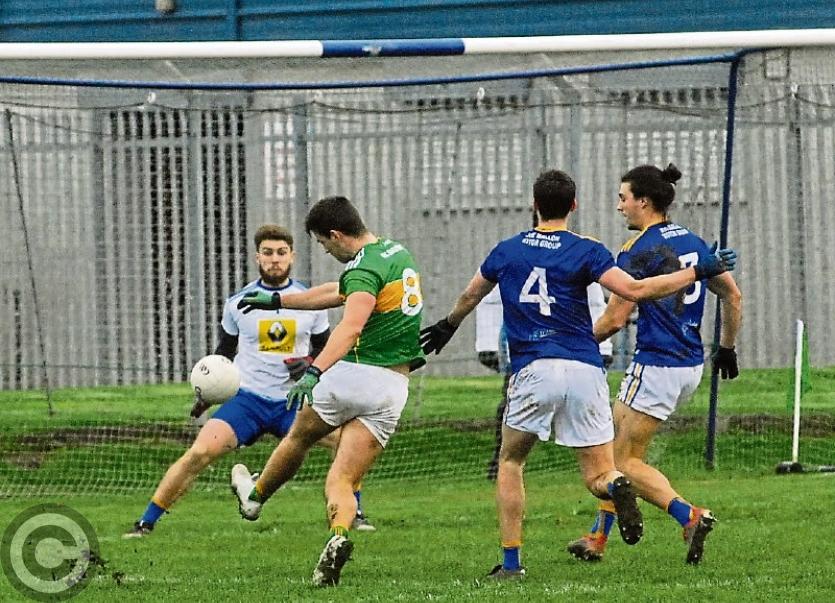 Leitrim are talking self-belief at the moment and if there is a player who embodies the new found confidence in the Green & Gold under Terry Hyland, it is midfielder Shane Moran who starred again last Sunday in Aughrim.

One of the stand-out performers in Joule Park last Sunday, the all action Ballinamore Sean O’Heslin’s midfielder was one of Leitrim’s outstanding performers, along with Micheal McWeeney, Paddy Maguire and Damian Moran against Wicklow.

And it is the growing confidence in the Leitrim ranks that has most impressed Shane after his year away. “I think this year we had belief, we had belief in ourselves as a team. I think other years, when we came to that kind of scenario, the heads would have dropped but not one person dropped.

“I think we really believed that we could, I think we really had the legs on them in the last five minutes but I think a lot of that has come down to the strength of the panel, the likes of Darragh Rooney, Gary Plunkett, Cillian McGloin coming on, it makes a massive difference to see them coming on.”

It is clear that Shane is delighted to be back. “Taking last year off was a tough decision, I had my final accountancy exams so I just had to put that first but I missed it. Coming back this year, there is a bit of a bounce, I just feel fresh and I am absolutely delighted to be back.”

That much was clear as Moran obviously relished the tough exchanges, getting stuck in and scoring two points against Wicklow, a tally he is determined to improve on in coming games.

“Two points today, happy with that, moving up - one last week, two today and hopefully more next week.”

His improved scoring return comes with a club connection as Shane regularly swaps positions with fellow Ballinamore man Dean McGovern in the course of a game. “It is nice to get the chance to move in and out, it goes back to the club where you link in and out with Dean.

“Having Dean there is a great option where he can come out and take five minutes out there around the middle because he is a fantastic player and will be a big player for us.”

Looking back on Sunday’s victory, the delight at coming through a tough test is only adding to Leitrim’s growing self-belief. “We made hard work of it, delighted to get the win. Wicklow were very good in fairness to them, we knew they were and it is an absolute battle when you come down to Aughrim.”

Leitrim’s players took solace from the fact that their first half position in Aughrim mirrored what had took place the week before against Wexford. “A sticky first half, we didn’t perform the way we wanted to, the same as last week but at halftime we were in the same position, a point down.

“We dug in there, we felt the fitness was good, we worked together and we really came together the last ten, 15 minutes. With only a minute to go, one point down, we dug down, we dug deep and we played for each and we’re just delighted to get on the other side of the result.”

With two victories and a growing swell of optimism among supporters and players, Shane is keen to launch a promotion push but equally determined to keep the entire team focussed on only the next game, against Antrim next Sunday in Avantcard Pairc Sean Mac Diarmada.

“It is all to play for and it great to be in this position,” said Shane when asked about a promotion push, before adding, “Obviously the goal at the start of the year was Wexford and then after that, this is step two. From now on, all we’re looking forward to is Antrim next week, we can’t look any further because other years we have and we got complacent.

“But next Sunday it will be an absolutely massive one and hopefully we will come out on the right side of it again. I think it all comes down to self-belief, we have to trust in each other, from one to 26 and even the lads after the 26.

“There is serious belief and confidence and everything is positive, we kind of put it up to them, no defensive play, we’re just going gung-ho and massive self-belief.”