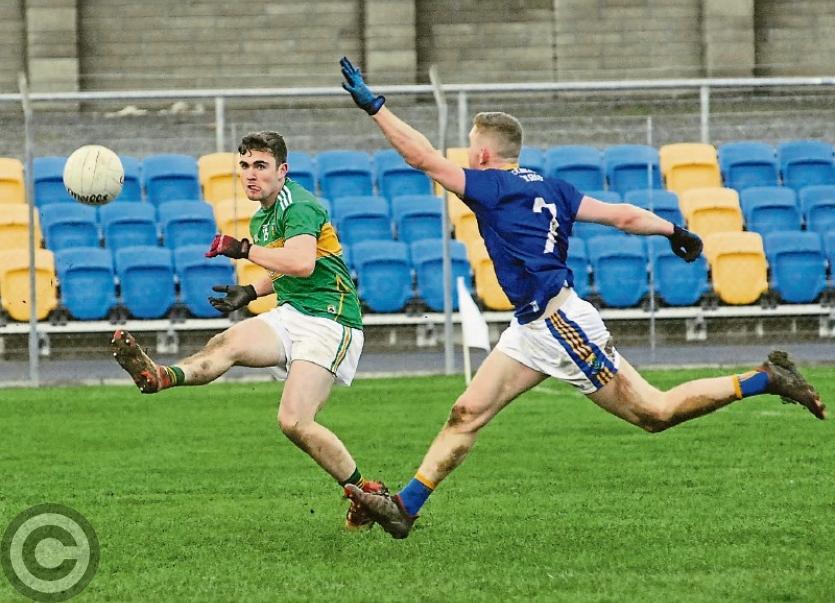 If there was any doubt that Leitrim are real contenders for promotion, Terry Hyland's team well and truly demolished them last Sunday as they stormed Fortress Aughrim in what can only be termed a statement victory.

The drama of the Allianz League Division 4 victory in Joule Park Aughrim captivated the sizeable Green & Gold support and sent them home justifiably believing that 2019 might finally be the year that Leitrim's stay in Division 4 is ended.

In a ding-dong encounter that truly could have gone either way, it was Terry Hyland's team who reached out and grabbed victory at the end of a bruising, tough, exciting and thrilling encounter between two evenly matched teams.

This wasn’t a free wheeling, free scoring encounter but a tense, tough battle where it took all of Leitrim's resilience and spirit to battle out a victory. And it showed itself in the final nerve-racking minutes, when Leitrim, a point down, hit a shell-shocked Wicklow with an unanswered 1-2 to seal a fine victory.

The win leaves Leitrim top of the table, level on points with Derry and Limerick with four points but in top spot thanks to a superior scoring difference. Antrim come to visit Carrick-on- Shannon next Sunday and with the Saffrons already losing twice, hopes are high that Terry Hyland’s team can continue their winning ways.

Certainly on the form they showed in Aughrim, they look more than capable of overturning the 10-point loss they suffered in Belfast last year and with rising confidence, Leitrim will be determined to put on a show for what is expected to be a big crowd in Pairc Sean.

A tense opening saw neither team trouble the umpires for the opening 12 minutes with Leitrim missing four chances in that period while Wicklow also had four missed chances.

The opening score was a goal and it came after Wicklow’s Anthony McLoughlin had been down getting extensive treatment on his shoulder. It looked like he was going to have to go off but he stayed on and it paid dividends as his surging run cut through the Leitrim rearguard before a pass across the face of the Leitrim goal was palmed into the net by Mark Doyle.

McLoughlin immediately had to go off in what would turn out to be a major blow for Wicklow, as he looked dangerous in his few minutes on the field. But Leitrim had an instant response, Ryan O’Rourke scoring a lovely effort from the corner a minute later.

Patrick O’Connor added a point after a great move through the centre of the Leitrim defence but a long range bomb from Domhnaill Flynn and a quick counter attack that led to a Damian Moran point steadied the Leitrim ship.

Wicklow started to move some chances and a monster 53 yard free from Damian Moran cut the gap to two with less than two minutes left in the half. Jackson came up from his goal to convert a 50 but injury time saw a flurry of scores.

Paddy Maguire finished off a well worked move but Dean Healy had a goal on his mind as he drove through Leitrim rearguard, his shot rising over the bar. Domhnaill Flynn from 35 yards and Shane Moran both pointed to cut the gap to a point at the break, Wicklow leading 1-5 to 0-7.

Wicklow broke through and looked set for a goal but a poor pass and an Aidan Flynn intercepted halted the danger and Leitrim went straight down the field where a long Jack Heslin run led to a fine point for Damian Moran.

Unfortunately for Moran, that was his last involvement as injury forced him from the game but his replacement Evan Sweeney had an instant impact, scoring seconds after he came on to take the lead for Leitrim.

Keeper Diarmuid McKiernan made a big save to deny Theo Smith a goal as Wicklow broke clean through the centre, the Allen Gaels clubman sticking out his right foot to prevent the shot from entering the net.

From that missed opportunity, Leitrim broke upfield where Jack Heslin fired over. Darren Hayden responded for Wicklow but it was tit for tat as Ryan O’Rourke replied while Mark Jackson (free) and Pearce Dolan swapped points.

However, Wicklow were beginning to find their form as Mark Doyle put over a free as did keeper Jackson to tie the scores and a minute later, Patrick O’Connor fired over a wonder point to take the lead for the home side.

Both teams then started to miss chances as the tension began to tell, some ferocious tackling from both sides halting the attacks.

The mini-drought ended when Ryan O’Rourke saw a free tipped over the bar before Ray Mulvey side-footed the ball over the bar. But back came Wicklow with Jackson converting a free before sub Conor McGraynor scored a monster point to leave his team a point in front.

With fans believing the game was lost, Leitrim players obviously didn't as Pearce Dolan went on a big run and found Evan Sweeney up on the left hand side of the goal. The Glencar/Manor man drove the ball across the face of the goal and Ryan O’Rourke was on hand to blast the ball to the roof of the net.

Suddenly it was Leitrim were flying and the Green & Gold played keep-ball for a couple of minutes as Wicklow saw their chances go west. Shane Moran took off on a powerful run and drove a brilliant point over the bar to put the gap out to three.

Wicklow threatened briefly with a ball over the top to sub Conor McGraynor with nobody only Diarmuid McKiernan between him and goal. But Micheal McWeeney managed to reach high and grab the ball before it reached the Wicklow man and Leitrim sealed the victory with an excellent point from sub Gary Plunkett.