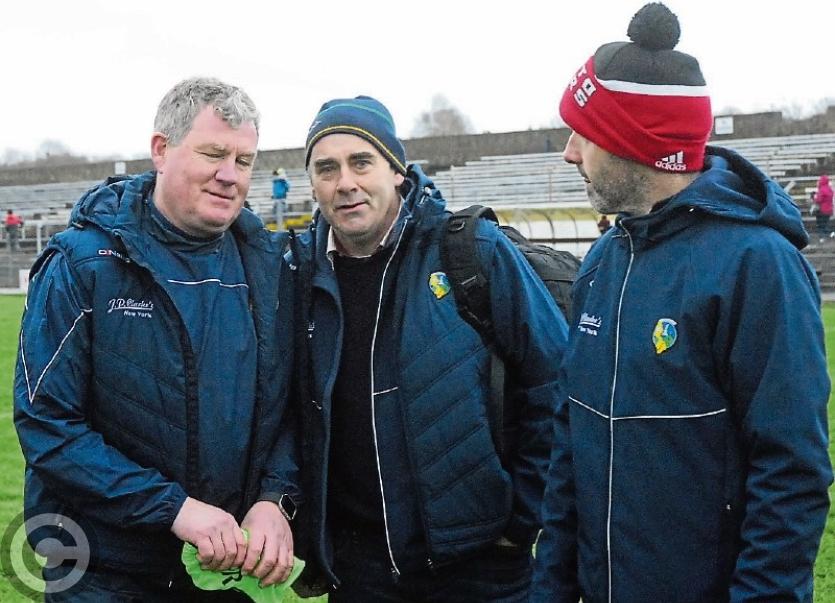 A statement win it might have been, but Terry Hyland's biggest statement is that all his team is concentrating on is facing Antrim next Sunday.

“At the end of the day, you have to win your games,” Terry told the Observer after the 1-16 to 1-12 win over Wicklow in Aughrim as he sought to play down rising expectations. “We’re only two rounds into the League so it doesn’t really matter who loses or who wins at this stage.

“We always said Wexford would win on the back of last week and would take points. That means that every game we play against those top teams are four pointers because we know they are going to take points off everyone else.

“We have to go out and just focus on Antrim and see where we are this time next Sunday evening.”

Key for Leitrim is how the team recover after a bruising encounter - “It’ll be heads down for the week, there are a lot of sore bodies. It was a bit of a war of attrition there around the middle of the park.

“Damian Moran picked up a leg injury, Michael picked up a leg injury, a lot of lads are sore in there.” A rocky first half saw Leitrim trail by five points at one stage but a rally before halftime proved crucial - “We came back well the last 15 minutes and it put us in exactly the same position as last week, we were a point down at halftime.

“Once lads know and it is the memory bank, that we kicked on from that last week, we kicked off again this week. We got four points right after halftime. There were patches in the second half too when Wicklow came back at us but we responded very well to the very end.”

Ryan O'Rourke came up with the crucial goal but found space harder to come by against Wicklow but it was something Hyland and Leitrim anticipated - “To be fair to Ryan, Ryan’s job today actually was to attack the second guy, move him to the side and open up space for the other guys in channel.

“He did that well to be fair and he ended up with 1-2 so he hadn’t a bad day either. He is going to be watched from now on, he is going to be the marked man for the rest of the League and as you said, the other lads are having to step up.

“Jack Heslin had a very good first half, won a lot of ball, Evan Sweeney did quite well when he came in and I think Leitrim have some nice movement and nice moving forwards so they are going to have to develop on the back of that.”

The stop start nature of the game didn't help Leitrim according to their manager. “There was a lot of stop start in the half which didn’t suit us.

“There was probably a lot of fouls, we couldn’t get our fluency and our movement going, we wanted to get lads running ahead of the ball and the game was being held back which didn’t suit us.