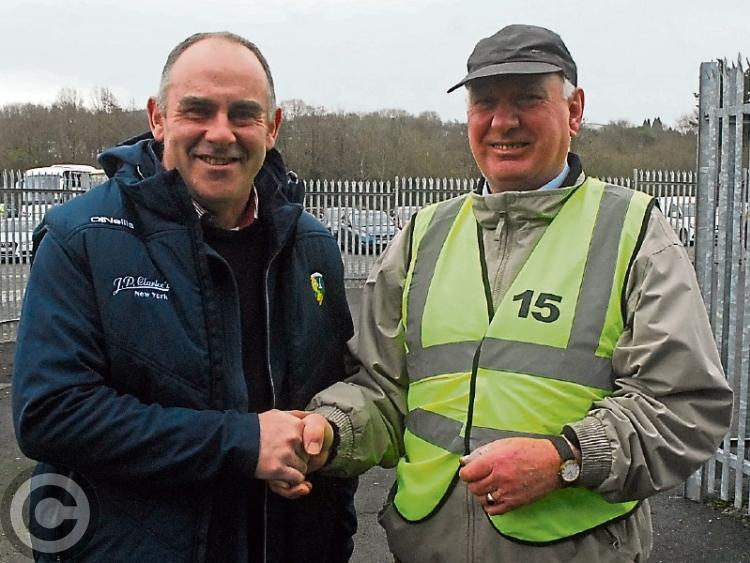 These are good days to be a Leitrim fan with the county footballers demonstrating last Sunday that there is a good deal of substance backing up the hype behind Terry Hyland's Leitrim senior team.

Sunday's victory in Aughrim was the sort of result that leaves the faithful with a bounce in their step for the rest of the week and idly wondering if Dean McGovern and Damian Moran will be fit to face Antrim next Sunday in Avantcard Pairc Sean Mac Diarmada.

It wasn't just the win — after all Leitrim beat the Garden County by something like 10 points two years ago down in Aughrim and gave them a thorough drubbing last year at home. On those statistics, you might even wonder if Leitrim are regressing!

But as the saying goes, there are lies, damned lies and statistics and statistics don't tell of how John Evans has rejuvenated this Wicklow team and infused a direction and self-belief in his charges that was conspicuously absent over the last two years.

Then again, there was the memory of Leitrim scoring nine unanswered points in the first 25 minutes in Aughrim four years ago, Fergal Clancy seeing his season end with a broken shoulder and big Conor McGraynor coming on to score the winning point - oh, how we had feelings of deja vu when the Wicklow giant put the home side a point in front with just over a minute to go last Sunday!

Make no mistake, this was a Wicklow team ready for battle and it was a battle we got, a ferocious and hard hitting clash where anyone who took a step back was swallowed and eaten whole by ravenous packs of opposition players whose appetite for battle was unflinching.

The strange thing is that this four point arm-wrestle was a much more impressive display than the 13 point hammering of Wexford and in all the ways that matter - in the attitude shown by all on the field, by the support coming down off the field, by the spreading of the load all around the team rather than relying on Ryan O'Rourke.

And as strange as this sounds, had Leitrim lost last Sunday, this would still have been a great display from Leitrim and I would have still travelled home from Aughrim happy that Leitrim are making real, sustained progress.

In a tight game that truly could have gone either way, Leitrim were able to apply the killer finish when it mattered but it was a close run thing. If Wicklow had held on for the win, you couldn't have begrudged them their victory for it takes two to tango and Wicklow were a willing dance partner, contributing just as much to the drama of this encounter.

This was an all-round team display for, as Terry Hyland predicted last week, Ryan O'Rourke was watched like a hawk in Aughrim, two defenders around him at all times. The Fenagh St. Caillin's man still ended up with a tally of 1-2 but it was in his other work that Leitrim prospered

Knowing that the wave of publicity that saw the Fenagh forward gain Sports Star of the week in the Irish Independent would mean extra attention for the fleet-footed O'Rourke, Terry Hyland had his star forward run into corners, drawing two men away from the danger area and creating space for his team-mates.

And it worked - O'Rourke mightn't have got the scores but Damian Moran, Paddy Maguire and Domhnaill Flynn all did thanks to the unselfish off the ball running of the Fenagh man.

Finally, it was great to see a growing number of Leitrim fans travelling to places like Aughrim. For a number of years, it was just the diehards from Dromahair, a few parents, family and girlfriends and the likes of Manorhamilton's Martin McDermott who were all you'd see at a Leitrim game around the country.

Being in Aughrim last Sunday was almost like being back in Carrick, but you’d hope that there will be a bigger home support out cheering on Terry Hyland’s team next Sunday.

It’s the least they deserve.

PS: Willie Donnellan's pictured with this article shows County Board Chairman Terence Boyle is welcomed to Joule Park Aughrim by his fellow Aughnasheelin native Tom McKeon last Sunday afternoon. Tom, whose brother Sean lives in Ballinamore, is one of the chief stewards in Aughrim has been living in Wicklow for the last 35 years