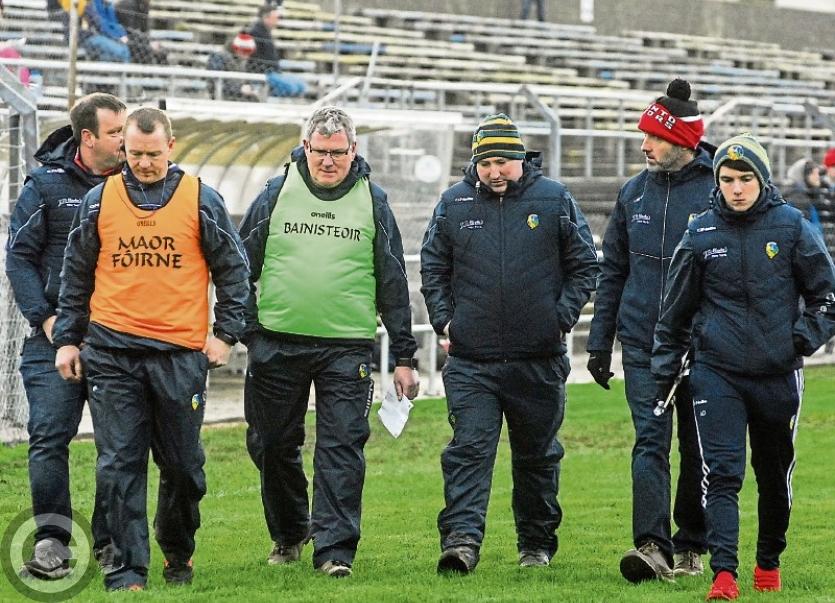 It'd be easy to think that Antrim won't have much to play for when they visit Avantcard Pairc Sean Mac Diarmada for the third round of the Allianz NFL Division 4 campaign.

Antrim, one of the favourites for the promotion battle, have lost twice already and many people are counting them out but Saffrons manager Lenny Harbinson sounded a defiant note after their 1-10 to 0-9 loss in Innovate Wexford Park.

“There will be lots of twists and turns in this League yet,” said the Antrim manager cryptically as he lamented his team's inability to take their chances.

What we do know about Antrim is that they beat Leitrim by ten points last year in the first game of the League and pushed Derry to a point this year. They are a physically strong team who play to a system and won't be found wanting if it is a battle.

But Antrim attention may be focussed on Croke Park on Saturday and St. Enda's Club Final appearance and you'd have to fancy that Leitrim will be anxious to put on a show in front of their own fans.

This Antrim team are far better than their results show, we know how that feels, but momentum is with Terry Hyland's side and that should carry Leitrim to victory.