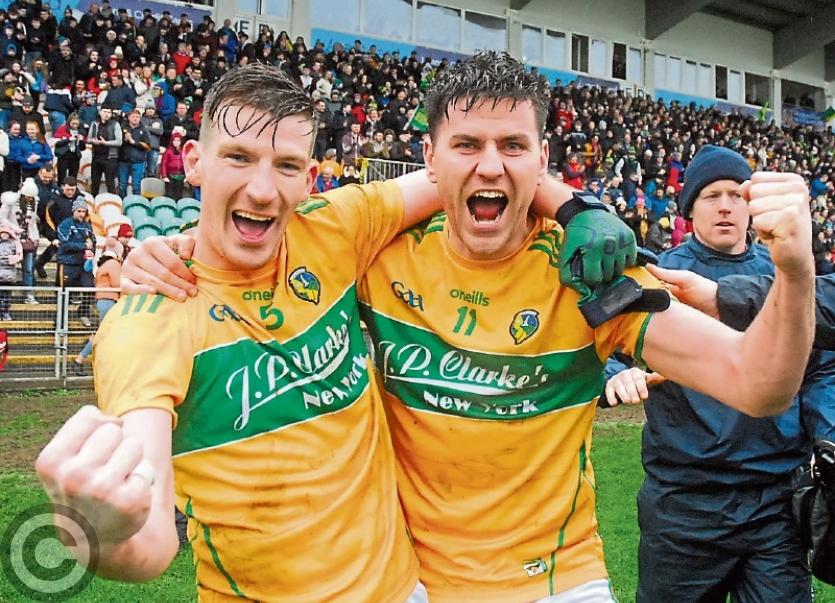 Leitrim may have a Division 4 Final in Croke Park to prepare for but manager Terry Hyland was already setting his sights on the 2019 Division 3 after his team clinched promotion last Sunday in Avantcard Pairc Sean Mac Diarmada.

Speaking after the match, Hyland dismissed concerns that Leitrim would struggle in Division 3 next year: “I think they are quite capable of stepping up to play in Division 3, we played a number of challenge games before the season started against Division 3 teams and the lads acquitted themselves quite well against them.”

The manager did, however, stress that Leitrim would have work to do to cope with the higher intensity and pace of the higher division: “There might be a little bit of upping the pace and they will have to get their thought process faster.

“Sometimes we don’t think as quick because we get more time on the ball in the Division 4, we’re not pressed and we’re not put under as much pressure and if we can develop that side of the game, I think they have no problem in Division 3.”

See more from Terry Hyland in this week's Leitrim Observer