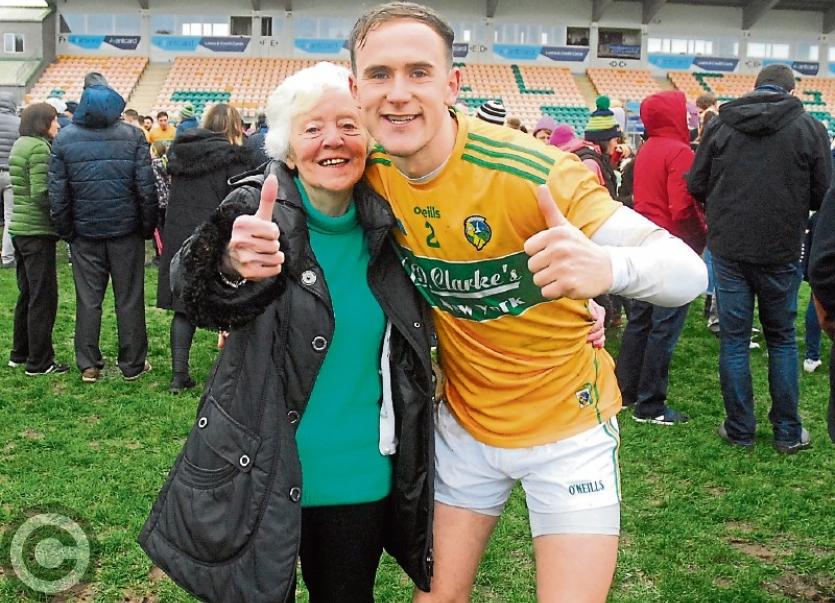 Lessons will be learned from Leitrim’s struggles last Sunday against London; at least that’s the impression a delighted Micheal McWeeney conveys when he looks back on an historic day for the county.

The newly appointed captain, Micheal was also wise enough to know that the pressure of the game, a big crowd and a lot of national media attention might have disrupted Leitrim’s natural game-flow: “Everyone was nervous but in fairness, it was everyone’s dream.

“Terry said after the game that we just over-thought it. The one thing he has drilled into us is to get ahead of the ball, not coming back with it but none of us were getting ahead of the ball, we weren’t doing what we had been doing previous to this and everyone was nervous.

“It looked as if we went out not to lose the game, not to win the game and Terry hit the nail on the head with that comment. Unfortunately the nerves hit for nearly the whole game and it was disappointing we couldn’t shake it off.

“When we met up on Saturday, we were talking about not being complacent, that we knew we were in a position to get promoted but unfortunately, the nerves held on for the whole game.”

One factor perhaps overlooked was a very heavy Pairc Sean surface: “It was a very tough game. A lot of people talking after the game said that when they came out onto the pitch after, they didn’t realise how heavy the pitch was until they were actually on it.

“The weather was the same for the two teams, they were tough conditions but I think it was 22 minutes till we got our first score which was crazy. We have been scoring really well and a lot of that is testament to London and how they were set up.”

The captain believes that Leitrim’s exploits have seen teams change how they line out against them: “From the first game, the Wexford game, that perked up everyone in the division to our scoring threat so they were more aware of our scoring threats.

“Every team we’re playing now is defensive, they’re dropping bodies back and you could see last weekend, two sweepers and it is difficult for the lads getting room. We have to cope with that and use the width but we just weren’t doing that.”

Shane Quinn’s goal was a huge moment in the game and Micheal admits it lifted a lot of pressure off the players on the field: “We were running down narrow lines and thankfully Shane’s goal took the pressure off everyone. We added a few more scores before halftime.

“We looked at them and that was where they got a lot of their scores, from frees. We gave away a few in the first half and that is where they got them from but realistically, they weren’t getting anything really from play.

“The frees kept them in it and thankfully we didn’t concede a goal - if they had got a goal, that might have been enough for them to win it but we held them out.”

But mostly, Sunday’s victory brought an enormous amount of joy to the captain but he was already setting sights on the rest of the campaign: “It is a massive, that is what we wanted from the get-go, to get out of division 4 and thankfully we’ve done it with two games in hand.

“Hopefully now we can give game time in the next games to the lads who haven’t got it and use the panel.