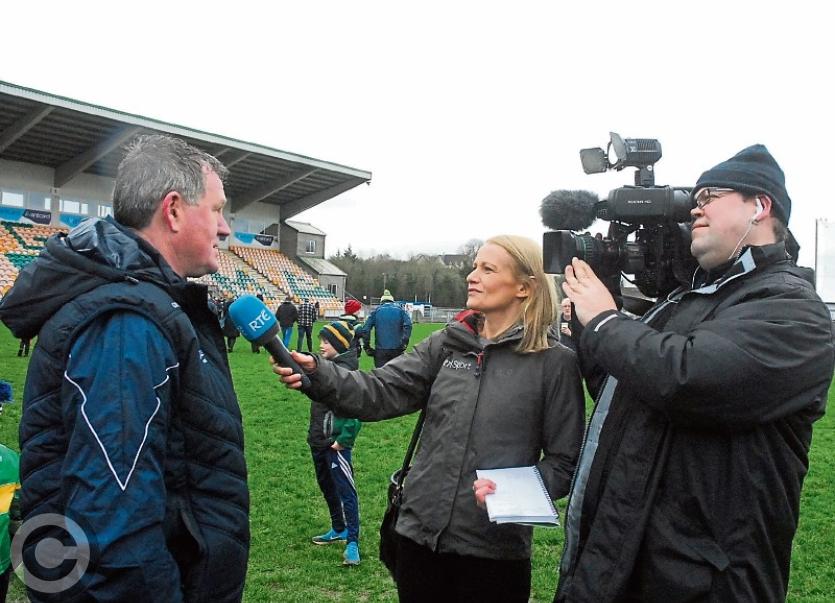 There are no points in gaelic football for style, just ask Fermanagh who are joint top of division 2 of the Allianz League and are flying high despite universal criticism of their playing style.

It is a point of view that you sense that Terry Hyland is in full agreement with.

“Win pretty or win ugly, it doesn’t make much difference,” was the Leitrim manager’s reaction to a hard fought and somewhat stilted victory over London last Sunday but he was not getting hung up about aesthetics of the game.

“I wouldn’t say if you were analysing any of our games in the league that we’ve won pretty but we have won and I suppose that is the main thing,” he added.

There was an acknowledgement, however, that Leitrim could have made it a lot easier on themselves: “Look, if we had kicked fifty percent of what we had kicked wide, it would have been a totally different game.”

Hyland pinpointed poor finishing as the cause of Leitrim’s struggles to put away London: “I just thought our shot selection and finishing was poor today which it hadn’t been up until today which was a bit surprising but maybe the pressure got to lads and maybe we were forcing the thing a little bit as well.”

Lest anyone think the Leitrim manager was in any way unhappy on Sunday, Hyland was truly happy that his charges had secured promotion: “I’m delighted for the lads, they put in a lot of work over the last couple of months and I’m delighted they got across the line, let it be shaky as it was today.”

Shane Quinn’s goal had a big calming effect on his team-mates but Terry felt that his team may have got caught in the trap of playing to avoid defeat rather than to go for a win: “The goal was probably the deciding factor but I think we created a lot of opportunities we didn’t finish off and I think the nerves got to the lads more than anything else.

“The goal suddenly gave us a cushion of being a point ahead and suddenly we could relax a little bit. I think we had six wides at that stage and some of them were poor wides, we had some from frees and some that dropped short. The goal settled the lads down a bit and meant that we could push on a little bit more.”

Hyland has never been one to talk of pressure affecting footballers in all his dealings with Leitrim but he was perplexed that it might have affected his players against London: "We had a very nervous 70 minutes to be honest.

“I think we created a lot of opportunities which we didn’t finish off. I think the nerves got to the lads more than anything else.

“Perhaps, and this wouldn’t have been said, but sometimes it gets in the mindset that we were trying not to lose a game more than win a game at that stage. That’s what I said to the lads at half-time.”