Each month, the Leitrim Observer and Leitrim GAA Games & Coaching Development have teamed up to inform readers of upcoming courses, the latest developments in coaching and structures. This month we meet two of the Leitrim GDA team. 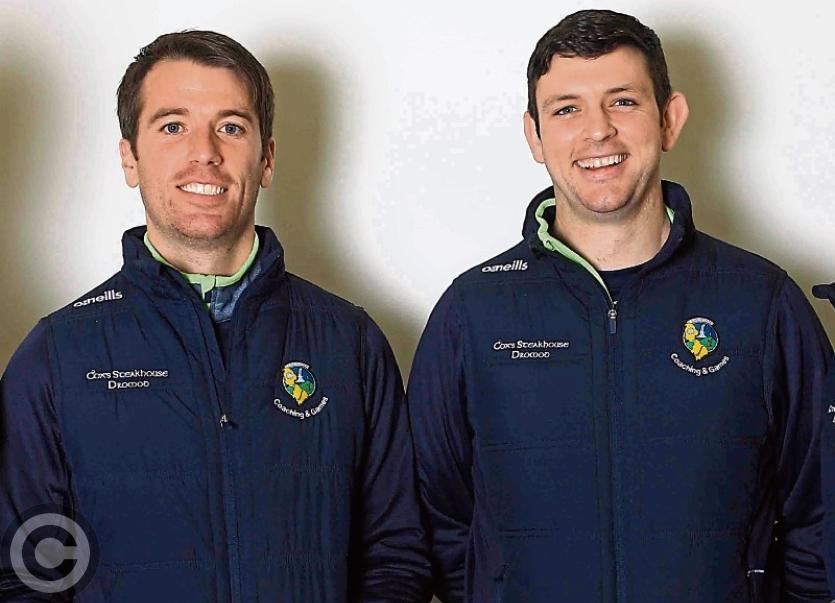 Leitrim GAA currently have three full-time games development administrators (GDA) working in the county and this week, we carry a brief profile on Sean Gallagher and Stephen McGurrin.

Coaching Experience: Seán commenced coaching with Achill Ladies where he coached the adult team for a number of years. Having taken up a teaching role in the Middle East, he got heavily involved in coaching the men and ladies of his adopted club, Al Ain GAA. He was part of a group who set up the first underage team in the club to provide Irish children abroad a chance to play Gaelic games. He also served as coaching officer of the Middle East County Board.

One of his roles is to oversee the implementation of the formal coach education programme which is developed by the GAA and Sporting Ireland the organisation of coach developer workshops, where guest coaches share their knowledge and demonstrate activities and games they use to help develop competent players.

Best thing about coaching: Developing players (young and old) in a challenging yet enjoyable environment.

Stephen McGurrin - Stephen McGurrin from Kinlough joined the team in July 2018. Having played at all grades for Leitrim, Stephen was forced to retire from playing due to a serious injury, but not before helping Melvin Gaels win both Intermediate and Senior County titles. Stephen is a qualified music teacher and holds a degree in music production.

Stephen began his coaching career with Melvin Gaels, coaching various underage teams and also the Gaelic4Mothers & Others team. In 2016 he took up a position with Donegal GAA as a primary schools' coach in south Donegal and became part of the management team of the Donegal U15 development squad.

Currently within his role as GDA with Leitrim GAA, Stephen has responsibility for the development, support and coordination of primary school and post-primary school initiatives, games and competitions along with coordinator of the Friday night lights Super Games centre.

As part of the ‘GAA 5 Star Centre’ initiative the Coaching & Games team will be visiting the participating schools to help deliver the ‘Have a Ball’ program to the junior classes and the ‘Catch and Kick’ program to the senior classes.

‘Have a Ball’ is a series of fun-based exercise that contribute to the development of rudimentary and fundamental movement skills, such as: Crawling, Rolling, Agility, Balance, Coordination, Running, Jumping, Throwing, Catching and Passing, Kicking and Striking.

‘Catch and Kick’ involves modified versions of Gaelic Football, which focus on the fundamental skills of catching and kicking the ball and includes activities such as:

A 10-week block of coaching in all schools in the county will commence the week beginning March 18.  The coaching will aim to help children become proficient in fundamental movement skills and in the execution of the skills of Gaelic Football.

We would encourage clubs and schools to come together to form a Club-School link to provide the children with more opportunities to receive more coaching and games.  A link is created when a member of the club who is available during the school day and has completed the required Coach Education and Safeguarding Courses volunteers their time to help coach the children.

It truly is a win win for both the school and the club.

DRILL OF THE MONTH 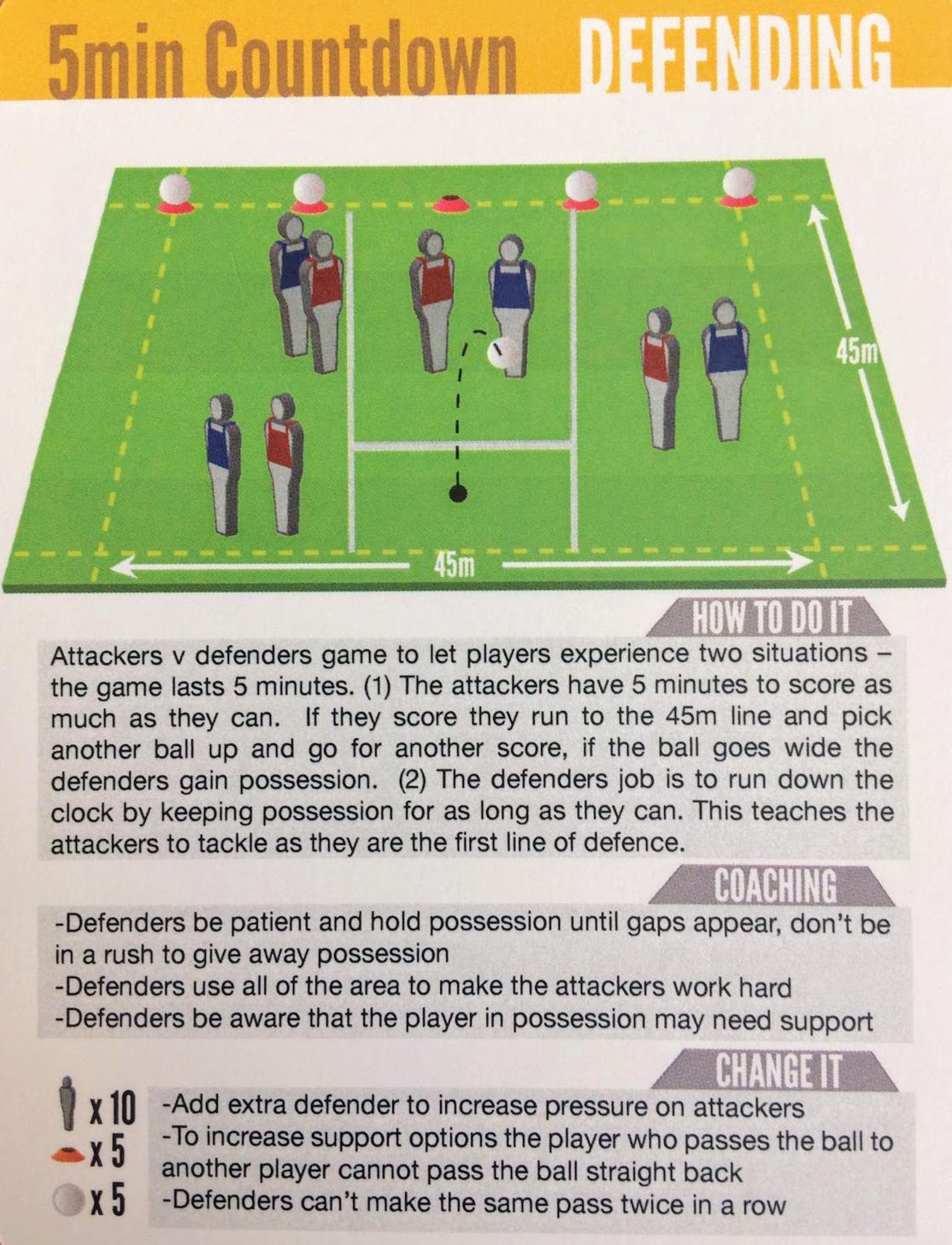 Here is an exciting and challenging defending drill and games that will help development defending and decision making of your players and all with a competitive element.

These drills are a very effective way to introduce the 3 Ds - Deny, Delay & Dispose.

S = Space (Change the size of the area in use)

T = Task (Change the task, i.e. limit the player to only one hop/solo)

Earlier this year Connacht GAA launched a ‘Club Coaching and Development Support Program’ to assist clubs in their efforts to become self-sufficient and sustainable.  In the last fortnight, the Coaching and Games team have held the initial meeting with Drumkeerin, Leitrim Gaels and Carrigallen GAA clubs.

In the initial meeting players, parents, coaches and committee members worked in groups to identify the following:

l Strengths of the club

l Weaknesses of the club

l Threats to the future of the club

This proved to be a very interesting exercise as it brought to light common themes within the  clubs. As a result, three projects related to Coaching &d Games within the club was decided upon.

Many thanks to the clubs for their participation and input and we look forward to our next visit.

The formal programme for the first half of the year is drawing to a close.  So far 60 volunteers have completed their Football Foundation Award and will go back to assist their clubs. A final ‘Face to Face’ Football Foundation Award will be organised for later this month or the beginning of April.  Details will be shared via social media or get in touch with your club’s coaching officer.

On February 2, Philip Kerr, individual player development coach with the Derry senior team, delivered a workshop aimed at using ‘Spotting and Fixing’ to develop the player. Philip's presentation highlighted how the use of technology can be a powerful tool, when trying to develop the individual player.  The use of slow-motion replays allowed both the coach and player to identify the exact area where errors occurred when executing a technical skill.  This allowed the coach to implement specific activities to help address the player’s areas to improve.

Our club coaches then had an opportunity to apply what they had learned from Philip.  Coaches worked in groups to observe the technical proficiency of an individual player and gave feedback and one point they wanted the player to improve on. Many thanks to Philip, the coaches, the players and their parents, the Bush Hotel and Carrick Sports Complex for the use of their facilities.