Dress rehearsal or phoney war, pressure is off Leitrim for Saturday's Derry clash 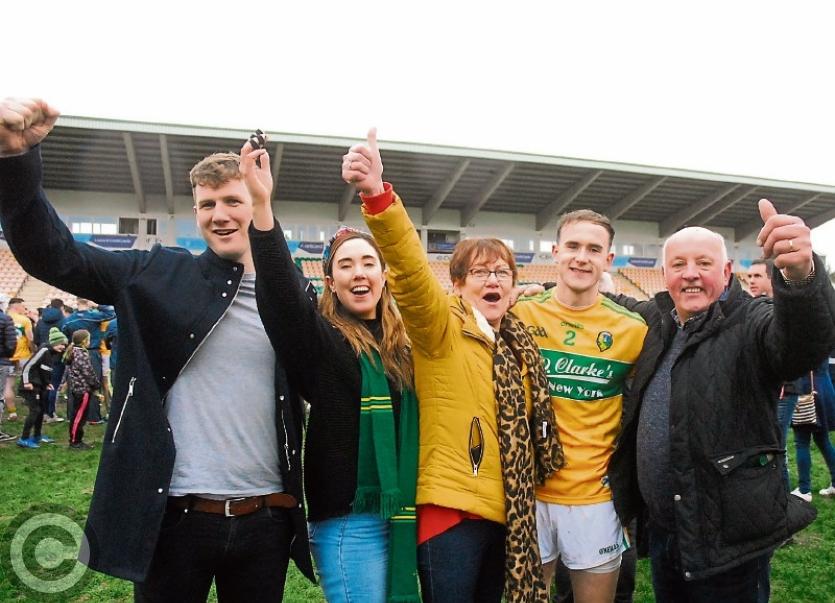 It's either going to be a full-on dress rehearsal for the Allianz league division 4 final or we're going to witness the GAA's version of a phoney war next Saturday evening in Celtic Park, Derry.

The meeting of unbeaten Leitrim and Derry (4pm throw-in) should be one of the games of the day but with both sides already qualified for the league final two weeks later on Saturday, March 30, there may be a temptation to play mind games.

Leitrim captain Micheal McWeeney leaves nobody in any doubt of his intentions as he echoes his manager Terry Hyland by promising the green & gold will be going all out for victory: “It is great for us but at the same time, we’re not going to over-think it, it is just another game of football and that’s the way we’re going to approach it.

“Everyone now knows opposition teams inside out so there is no point in easing up. We’re training awful hard. Obviously winning brings success but the training is hard, everyone is pushing each other on, there is nowhere to hide.”

Derry are a huge enigma - at a time when Slaughtneil were dominating Ulster club football and their minors and U20s were making runs at All-Ireland titles, their county senior team dropped like a stone from division 1 to division 4.

An influx of young players who have won at underage level is rejuvenating Derry but the big challenge for them, no more than it has been for Leitrim, is getting the best players on the pitch.

The question now for Terry Hyland is does he give valuable game time to his panel - the defence and midfield has been virtually unchanged all year with the only changes coming in attack and much of those are depending on injuries.

Damian Moran went off injured against London and could be a doubt but Leitrim will be anxious to get Jack Heslin back in harness.

The question for Leitrim is do they keep going all-out, keep the winning ways going or do they give a few players a chance to impress and others to have knocks and strains clear up?

At the end of the day, nobody will pay too much heed to who wins the round six game next Saturday, as important as it is in its own right. In many ways, it is just a phoney war with the real battle and the real prize awaiting both teams in Croke Park on March 30.

Leitrim will give this a real go but with the urgency to win gone from this tie as promotion is secured, Derry may just have enough with home advantage to sneak it. But in all honesty, whatever way it goes, I wouldn't read too much into it when March 30, comes around!