Football mad Micheal won't take the foot off the pedal 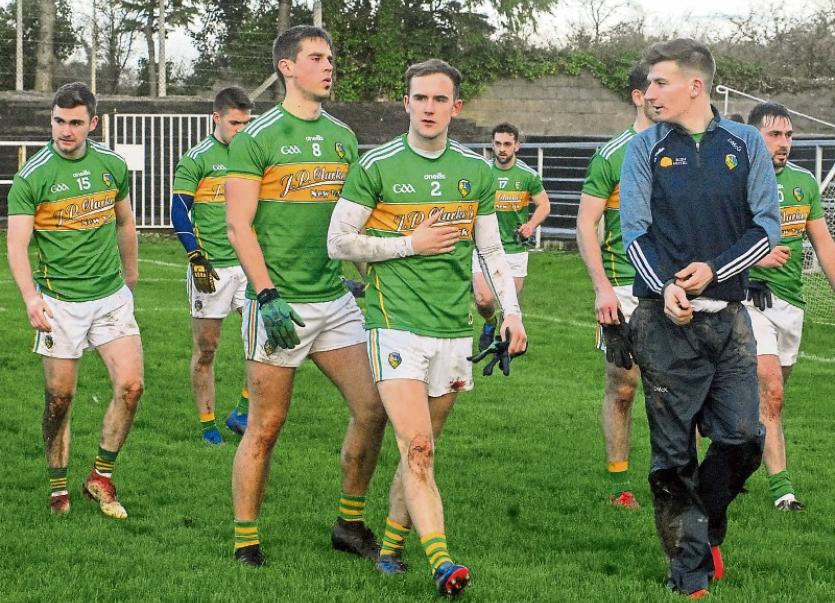 Micheal McWeeney is happiest doing his talking on the football field but with Leitrim rising to national prominence ahead of this year’s Allianz league division 4 final against Derry, it seems certain that the St. Mary’s Kiltoghert clubman will have a lot of talking to do in the coming weeks.

Leitrim’s promotion to division 3 and a first appearance in Croke Park in 13 years has captured the attention of the entire GAA world, with Leitrim’s success under Terry Hyland being used as an example of what can be achieved by small GAA units and, at the same time, the benefits of a tiered system.

“It still hasn’t sunk in, but there are players here like Emlyn (Mulligan) and Gary (Reynolds) and myself have been around the block a long time and we thought we’d never see this day, but thankfully it has come true and we’ll get a run out on the big stage,” said Micheal after the victory over London confirmed Leitrim's place in the Division 4 Final on Saturday, March 30.

As the man with the captain’s armband, Micheal is front and centre in the national consciousness but the Dublin based Games Development Administrator starts with a confession: “I think you know yourself, me of all people, I don’t like doing this talking”.

Yet, typical of the way he approaches any challenge on the field, the Leitrim captain sets his mind to the task and the words are soon flying as we chat about what a Croke Park appearance will mean for Leitrim football and inspiring the next generation of footballing heroes.

Obviously honoured by the decision to make him captain, an honour made rarer as a Leitrim man leading a county team out onto the field for a national final in Croke Park, Micheal is determined to lead by example: “Look, I’m not over -thinking it, it is just another role but it is great.

“Obviously it is an extra bonus being captain for Croke Park but as I always say, there is no such thing as one captain because I’m not going to win this by myself or do anything by myself. It is literally 34 guys on the panel and everyone has a role, everyone has possibilities.

“We have four or five lads who will speak up and everyone has shared responsibility. It is a massive honour, to represent my county as captain. All I’ve ever wanted to do is play and put on the jersey but being captain now is definitely putting it up there.”

A self-confessed football fanatic, Micheal’s dedication to the green & gold saw him swap a desk job in Croke Park for his current role as GDA with the Erin Go Bragh, a role he feels has helped his inter-county performances.

“Literally, it is football 24-7 with me and I wouldn’t want it any other way. I’m out there with Erin Go Bragh, it’s between Castleknock and St. Brigid’s. I was in Croke Park, it was office work and I found it hard sitting at the desk and then sitting in a car to go to training, I found it very hard.

So entwined is he with Erin Go Bragh, Micheal notices the young Dubs from the Clonee & Ongar areas of Dublin 15 are becoming aware of the fortunes of Leitrim: “No slagging about Leitrim football, I think the best thing about it is that when we talk about it, they actually know something about Leitrim - for me that’s progress for them up there.”

But when it comes to inspiring young footballers, Micheal feels a duty to inspire the next generation of young Leitrim stars in the same way he himself was inspired by former green & gold greats as he talks of what impact seeing Leitrim play in Croke Park might have.

“It is great for everyone, county board, supporters but I think the big thing is it is great for younger kids looking on, to see them looking onto the field. You see the bigger teams in Croke Park and you see the young kids, looking in, idolising them and we want to show young Leitrim kids that they have a future, to inspire them and play for Leitrim.

“That is all I wanted to do growing up, looking at the likes of that backline there with John McKeon, Michael McGuinness and obviously my own neighbour Dermot Reynolds. It is great for the younger generation to look at something like Croke Park, something they will always remember.”

Yet even when he talks of inspiring the next generation, the Leitrim captain is quick to remember all those who stuck with the green & gold during some tough days over the last five or six years, enduring heavy defeats and many disappointments before the high of this year’s promotion.

Welcoming the explosion in the number of fans attending Leitrim games, Micheal remembers the bad days too: “It is great for those people and if we are bringing along a few new people and getting people interested, with the last minute wins and the way we’ve been winning, well and good. It is dramatic, it is catching the eye and the interest.

With the likes of Marty Morrissey travelling down to Carrick for interviews and every GAA related paper, website or tv programme looking for an angle on the feelgood story of the Allianz league, Micheal noticed a huge increase in interest before the London game.

“The phone was hopping all week there, the sort of stuff you’d normally be getting coming up to a championship game. It is great but at the same time, we knew what our job was, thankfully we got the win and promotion with two games in hand.”

That begs the question of what has been so different this year, the obvious answer the arrival of Terry Hyland. But there were small steps under former bosses Shane Ward and Brendan Guckian and Micheal is quick to acknowledge that.

“Terry is lucky in the sense that he has got all the lads in, I think when you mention the managers that we had, they only had half a team but we have them all in now and it is all coming together. Then there is the experience that Terry is bringing.”

He also credits greater levels of self-belief in the young players stepping up to the senior panel: “These young lads, there is something different about them, there is more around the dressing rooms and at training. You could mistake it for cockiness but I just think it is confidence - everybody knows their own ability, everybody knows their roles and they know what they are capable of.”

The introduction of young players to a core group of players like Shane Quinn, Aidan Flynn, Shane Moran and himself in the 25 to 27-year-old age bracket could spur Leitrim to greater heights in the years ahead.

“We’re at a nice age, what many say is your best footballing years but I think with them lads, a lot of them are only 22, 23 but a lot of them have two or three years experience. The first year, you are kind of thrown in and you go well.

“Second year, I found it hard, especially when you hit the heights a lot of them have at underage level and a lot of boys have found it hard. But I think the third year, they are settling into it, they know their role and this is when you can see the experience telling but they are still awful young.

“With their age profile, it looks good for the future of Leitrim football and hopefully they stick around. It is up to everyone in Leitrim to help them stick around Leitrim.”