Hurling into schools programme a great success for Coaching committee 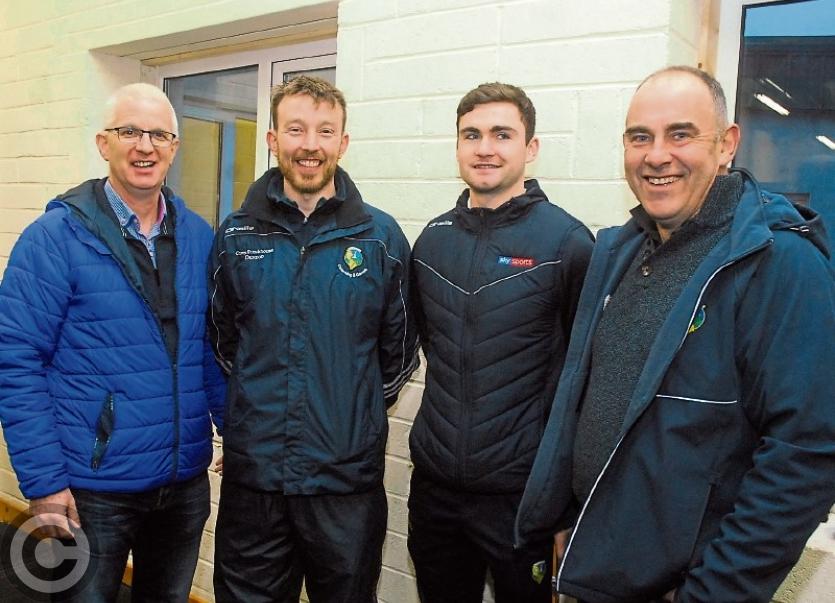 The Leitrim ‘Hurling Into Schools’ programme supported by Cumann na mBunscol is continuing every week in national schools around the county.

A new block of schools will benefit from the coaching over the next eight weeks.

Young hurlers in north Leitrim have been taking part in the weekly U12 Puc Pella programme at Sligo Tennis Club, and Cluainin Iomaint took part in a super underage blitz day hosted by Calry St Joseph’s at IT Sligo in February.

Three Leitrim clubs have entered the new National Tain Og League, which will be commencing shortly.

Connacht U11 Tain blitzes will take place at the Connacht GAA Centre on April 6 & 13.

And national hurling development officer Martin Fogarty and Connacht’s Damien Coleman will deliver a training session and coaching workshop for the Leitrim U17 Celtic Challenge team in Annaduff on Thursday, April 11, at 7pm.

Due to pressure of space in last week's Coaching Corner, we had to omit one of the profiles of Leitrim Games Development Administrator Enda Lyons, a former Leitrim keeper and Connacht Minor championship winner with Leitrim in 1998. Here is his profile:

Enda Lyons is very well known throughout the County. He has played in goals for Leitrim at all grades and was goalkeeper on the Connacht minor championship winning Leitrim team of 1998.

Following a very successful career in banking, Enda returned to college and graduated with a Bachelor of Science (Hons) Degree, Specialising in Sports Strength and Conditioning (First Class Honours).

Coaching Experience: Having coached with Carrigallen GAA club at all under age levels for many years, Enda commenced coaching with the Leitrim Development squads in 2010 and having progressed through the grades becoming Leitrim Minor Manager in 2013, winning the Connacht Minor League in 2014, the first in 23 years.

Currently within his role as Games Development Administrator with Leitrim GAA, Enda has responsibility for developing and implementing a Strength and Conditioning pathway for all Leitrim Academy and Senior players to reduce injury and maximize physical performance.

Best thing about coaching: Seeing young players fulfill their true potential at whatever level that may play.

l Keep an eye out for more Leitrim GAA coaching news in the Leitrim Observer in the coming weeks.