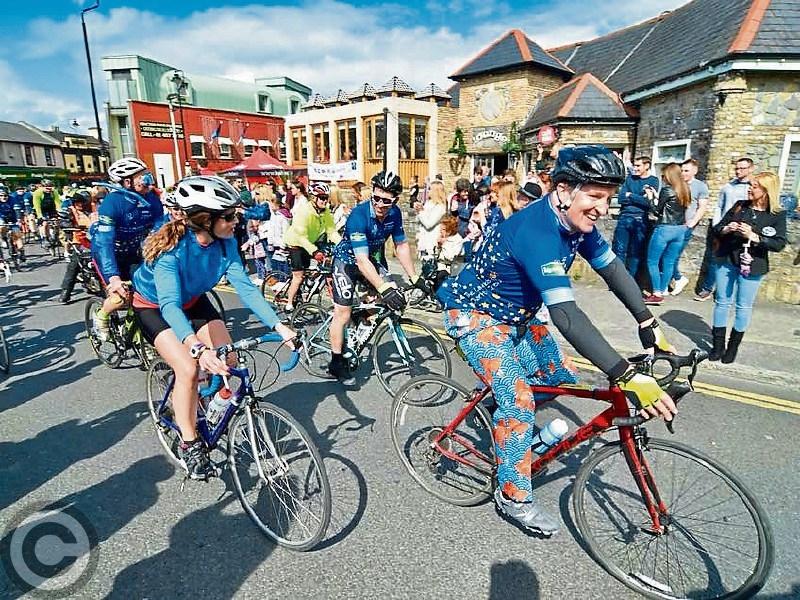 Cyclists taking part in the Laurels Cycle from Galway to Dublin

The Laurels Cycle crew is cycling from Galway to Dublin from April 5-7, for two children’s charities – CMRF Crumlin and Straight Ahead, aiming to reach the €1 million mark in their fundraising.

To date they have raised €945k for both charities. They need another 150 people to join them on their cycle across the width of Ireland to reach their fundraising target.

“We’re so excited for the Galway to Dublin cycle this year!” Damien Long, co-founder of the Laurels cycle crew, said. “It’ll be physically and mentally tough, but it’s all to raise vital funds for two extremely important causes. It’ll be a lovely few days full of craic! We’re calling on the public to join and support us for a day full of enjoyment, with one common goal – to do whatever it takes to help some of Ireland’s sickest children!”

“We are absolutely overwhelmed by the support we have received from the Laurels Cycle crew!” Fiona O'Malley, Head of Communications at CMRF Crumlin, said. “Every year, they arrange amazing fundraisers to help some of Ireland’s sickest children, and this year is no different. We’re so appreciative of anyone who fundraises for us, because every sick child deserves every chance!”

The cycle route of over 210 km will be split into three days, covering an average of 70km per day, starting on Friday April 5, and finishing on Sunday April 7.

Members of the public who are interested in signing up can email laurelscycle crew @gmail.com