Derry will read nothing into Leitrim result 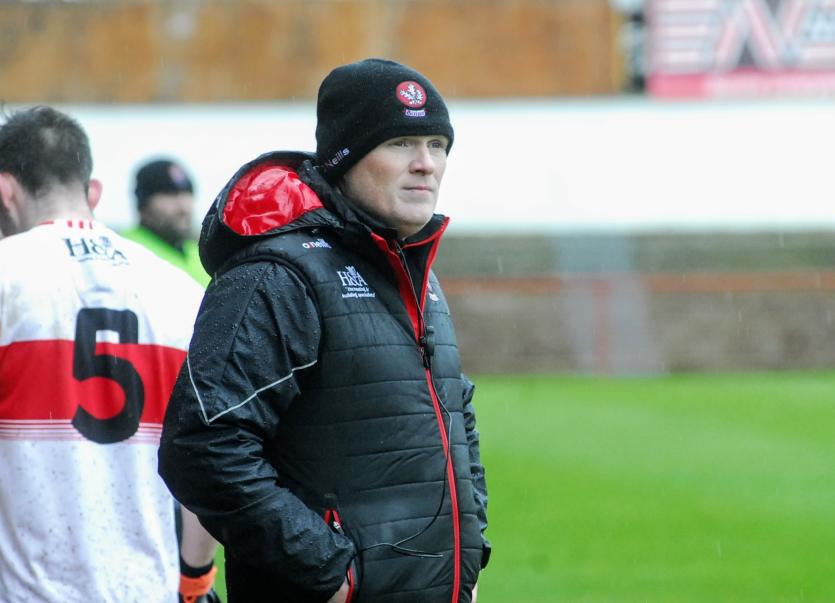 Derry manager Damian McErlain insisted that they won’t be reading too much into their win over Leitrim ahead of the two teams meeting in Croke Park in the Division Four final.

The Magherafelt man made eight changes to his team and agreed that the opposition seemed to follow the same plan – focusing on getting fringe players more game time.

“Leitrim obviously picked a side that wasn’t their first string as well. We gave a few men games today, and it’s important from that point of view to give the boys the opportunity to show what they can do at this level and to give the squad a bit of depth,” he stated.

“Leitrim are a big, strong side but it’s very hard to assess them off this because they had something like five starters from their proper team and only three of them playing in the right position of what they had been playing in the league.

“They showed there that they have a bit of depth about them – they’re a big, strong, physical and athletic side and we know that today bears no resemblance from what will happen in Croke Park, even from a conditions point of view.

“It’s very hard to say anything about Leitrim based on this performance. We’ve obviously watched them on the video but even they went out the window once you saw the team.”

Despite being far from full strength, Derry looked impressive in spells, with a strong start to the second half laying the platform for them to push on for victory. McErlain admitted that he was pleased with the overall performance.