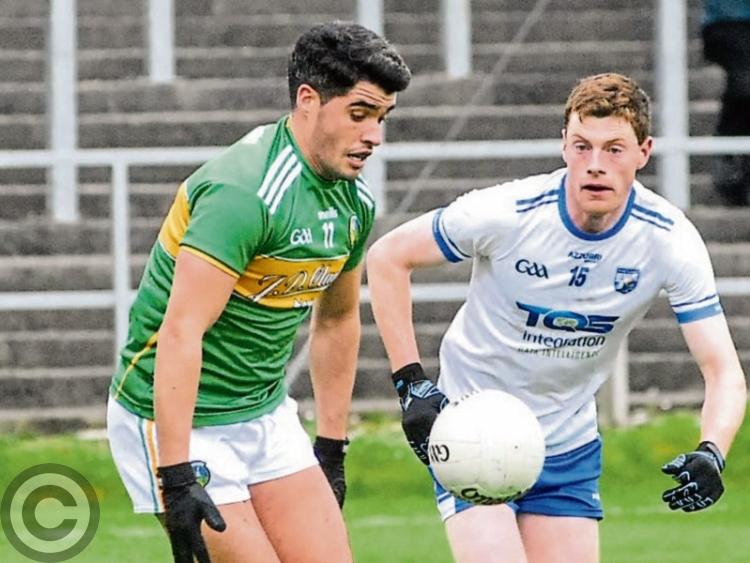 Emlyn Mulligan, pictured against Waterford. gets to play in Croke Park for the first time next Saturday Picture: Willie Donnellan

Getting to Croke Park is not the prize, it’s what you do when you get there.

Promotion to Division 3 was Terry Hyland’s stated aim the first time I spoke with him on the afternoon of the All Ireland final in 2018. The management’s leadership and the squad’s willingness and ability to apply new learning has resulted in the achievement of that goal.

For the supporters, the Croke Park appearance means they get to have their cake and eat it. The big day out and all the important little ceremonies and milestones it brings will live long in the memory of every Leitrim person in attendance.

Regardless of the result, they will have met old friends, team mates, and family; possibly had their first day out in Croke Park with their children; gotten to cheer their team and their county onto the hallowed turf. Even the journey to and from HQ will be peppered with memories to look back fondly upon in years to come.

For the players, it’s a slightly different story. Croke Park has the potential to be the cherry on the cake but it could also sour some of the sweet taste of their league success. There will be great excitement and no few nerves amongst the squad this week.

The Waterford performance will have settled them nicely – a solid performance while notching up 21 scores was just what the doctor ordered to kick-start their week of preparation.

Terry’s job this week will be to ensure that they treat the game like any other in terms of their preparation but bring a new level of intensity to the match itself. That takes some balancing and astute mental preparation. Terry is clearly adept at this, but the mind is a funny thing.

Just look at the London performance. We needed just a draw to secure promotion, and you could see that impacted our performance enormously. The players were forcing things while the supporters’ anxiety was feeding into their apprehension. It took a fortuitous goal in the 23rd minute to get us on the scoreboard.

We relaxed a little after that, but it was still a nervy performance and that’s understandable from a young team on the cusp of making history.

There’s no denying Saturday is a special occasion for Leitrim. Take Emlyn Mulligan for example – the finest servant the county has had for a decade. This will be his first time to play in Croke Park. Emlyn has the type of temperament to thrive on such a stage, but even with that mindset it’s difficult for players not to be distracted by the buzz around the ‘event’ rather than focusing solely on the ‘game’.

Take Leitrim’s last trip to Croke Park for the Tommy Murphy Cup final in 2006. We badly underperformed against Louth, having played some scintillating football en route to the final. We let the occasion get to us. In terms of my bank of footballing memories, that game ranks as one of the worst. Losing I can take. Not performing is a sin. Regret is a mortal one.

This time round, the team already have the main prize in their back pocket – promotion. The final is a bonus, but one that brings with it the opportunity to do something special. It offers a fine Leitrim team the opportunity to lay down a real maker on a national stage.

It gives them the chance to demonstrate how far they have come, but also what potential they have yet to fulfil. It provides the opportunity to bind to this squad a new generation of supporters.

Great intensity will have to be brought to the contest – Croke Park can eat you up if you fail to get to the pitch of the game. Supporters, you also have a part to play. As Walt Whitman might say, bring with you a great ‘barbaric yawp’ to release around the stadium as your team runs onto the field.

But call it up time and again during the match too. Reward every effort and endeavour with impassioned roars of ‘Liatroim, Liatroim, Liatroim’ and confirm the suspicions of the Derry fans that this Leitrim lot are lunatics.