‘We will savour it when we get the cup’ 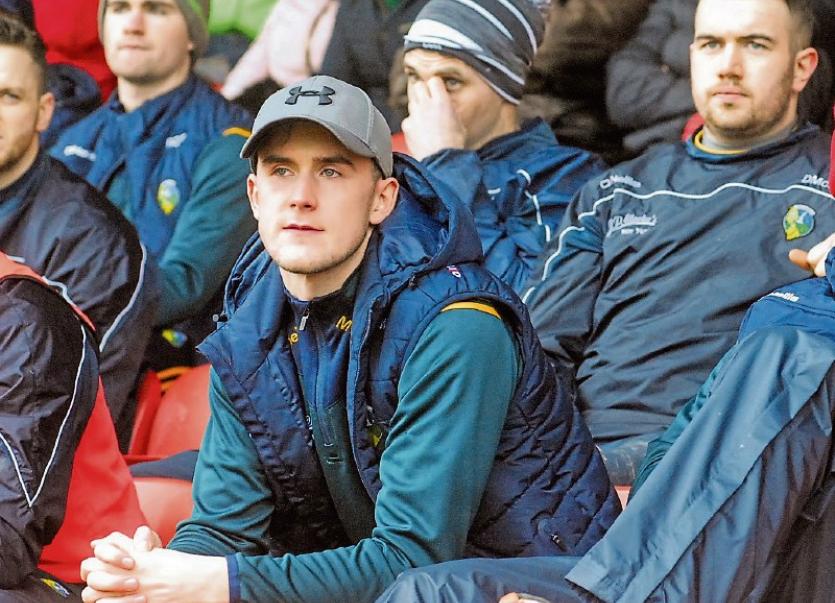 Buses are being booked from all around the county, airline tickets have been purchased to bring Leitrim natives home and an exodus is expected on Saturday as the county travels en-masse to Dublin but for captain Micheal McWeeney, the day will only truly be enjoyed if Leitrim emerge victorious.

For Leitrim supporters it promises to be an occasion to savour but for the players there is an important job to take care of meaning the day will only be enjoyed fully once victory is secured.

Speaking after last Saturday's win over Waterford that brought Leitrim's regulation league fixtures to an end with an impressive record of six wins from seven games, Leitrim's captain insisted the team are focussing on the game rather than the occasion.

“I think the big thing with these type of games is not to let the occasion get on top of us and we will enjoy it when we win it. We’re just going out there to play our normal game and we will savour it when we get the cup,” was Micheal's assessment when asked if he and his team-mates would be able to enjoy the day.

Leitrim's recent game against Derry is still fresh in the mind and undoubtedly there was plenty that Micheal, his team-mates and the management will have learned but when asked how Leitrim will stop Derry in Croke Park, Micheal expressed the belief Leitrim will be focussing more on their own game than on stopping Derry.

“We are going to concentrate on ourselves but at the same time we would be foolish not to take on board any of the blips that happened up in Derry.”

Reflecting on Saturday's victory over Waterford, Micheal was understandably pleased with that his team kicked an impressive tally of 1-20 but was quick to point out that defensive improvements will be needed if Leitrim are to emerge victorious when they face Derry on Saturday.

“It was excellent scoring but I am disappointed and I know the lads are behind me as well. Conceding two goals is not ideal but the big thing was we got the win today and now we are going to move forward for the week ahead.”

Since promotion was secured, Leitrim's trip to Croke Park has been the talk of the county with Leitrim's loyal supporters and many more who may not be regular visitors to Avantcard Pairc Sean MacDiarmada eagerly looking forward to Saturday's game in Dublin.

When asked how the team have prepared since promotion was secured Micheal replied: “The most important thing was to get back to winning ways. Everyone is talking about Croke Park but for ourselves we were concentrating on these two last league games.

“We were disappointed last weekend (against Derry) that we didn’t keep the winning run going but today was just about getting back on track again and thankfully we got the win.

“We still had to look at where we went wrong against Derry, that was the most important thing and that is what we have been doing this year; working on mistakes. We are not papering over cracks but the big thing was we did work on them and thankfully it came off today.”

One of the benefits of securing a top two place, with two games to spare was Terry Hyland was able to cast his eye over a number of players who have had limited game time and Micheal insisted those players have made a valuable contribution in recent weeks.

“You saw today in the last 20 minutes the bench was fairly well used and they took on the scores. They aren’t just making up the numbers, they were well able to add scores on the board when we needed it in the second half.”

Turning his attention to the last few days of preparation ahead of the final Micheal said: “We are just going to keep it simple, we are not going to over complicate it. I think that is what the main thing about this year is, everything is just simple, we’re not complicating it.

“We’re just going to go about our business, it is just a normal week and that is the way I like to approach it; it’s just another game. We saw Croke Park, we were out there and the boys are just itching to get out there.”