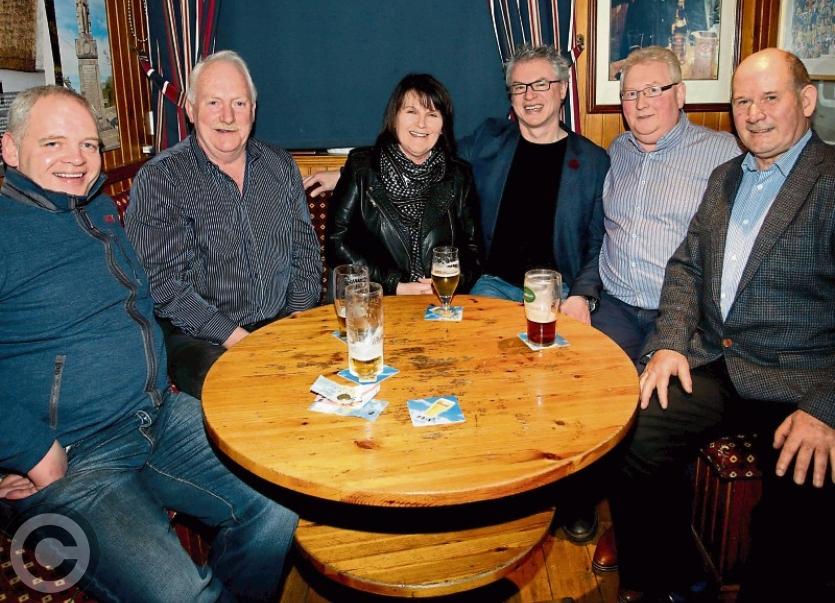 Underdogs as they always are, a new look and fearless Leitrim aim to create history next Saturday in Croke Park and beat heavy favourites Derry to lift the Allianz League Division 4 title (3pm throw-in).

Of course, wanting something and achieving something are too different things but there is the feeling that Terry Hyland's warriors can upset the odds and create history by winning silverware for Leitrim in GAA headquarters.

With excitement building to fever pitch all over the county, Leitrim's heroes are looking to overturn the result of the league game on March 16, when Derry prevailed by seven points and defeat a county who contested the Division 1 final just four short years ago.

Anyone who was in Celtic Park two weeks ago know it is a tough, tough ask. With both teams playing mind games with their selections, the home team showed enough to suggest that Saturday's final will be an almighty battle.

In Shane McGuigan and Christopher Bradley, Derry have two sharpshooters of immense talent while the eagle eyed will have noticed the nine points scored by Ryan Bell last Saturday against Wexford.

Just how many starters from both teams were missing two weeks ago is open to debate but Leitrim were without captain Micheal McWeeney, Paddy Maguire, Ray Mulvey and Ryan O'Rourke, each of whom offers a substantial increase in potency next Saturday.

Derry were playing the same mind game and all you can be sure of is that Patrick Cassidy will be starting the next day, given the impact he had in the group game.

Other than that, how much really will have each team learned from the game?

First of all, Saturday's final will take place on one of the hardest and fastest surfaces in the country so that changes the dynamic straight away from the driving rain and cold. Leitrim will benefit from the superb surface as the pace in this team is startling; you can envision the likes of Mulvey, O'Rourke, McWeeney, Aidan Flynn and Darragh Rooney making huge headway.

Derry have advantages in scoring a win already and having more experience in Croke Park but the Ulster men are expecting to be outnumbered on the terraces on Saturday and that could be crucial if the game is close.

Leitrim fans have roared their team on, influenced referees and lifted the roof in various games and the home support were vastly outnumbered in Celtic Park. That support might prove vital down the home stretch.

But support alone won't win it for you. A lot of this Derry team have been on Ulster Minor & U20 winning teams or won club titles with Slaughtneil so they are not to be taken lightly. And they are not likely to underestimate Leitrim either, judging from the comments coming from the Derry camp.

What Leitrim will have going for them is unshakeable belief and self-confidence hard won over a tough league campaign and you get the sense from chatting to the Leitrim players that they are itching to get at Derry this Saturday.

The one thing they must do is remember to play the game, not the occasion; many a team have been caught in the headlights in Croke Park but again, the Leitrim camp seems well prepared in this regard.

And who's to say that Derry won't freeze in the headlights on Saturday!

The smart money has to be on Derry but Leitrim have nothing to lose, are buoyant and playing good football. Derry should win but if Leitrim are there with ten minutes to go, you better watch out!