Have your support for Leitrim GAA written in stone 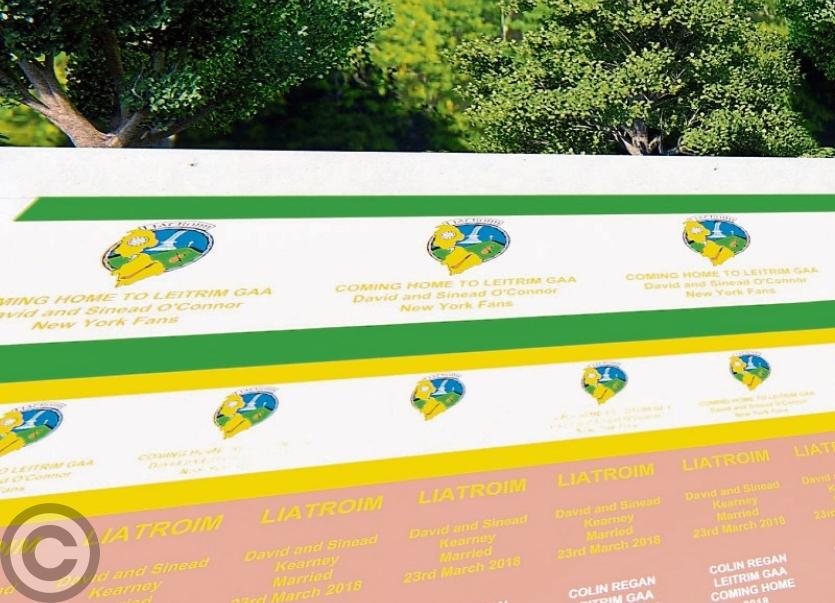 Written in stone. It is a phrase that reeks of permanency and that is what getting your name inscribed on The Leitrim Wall will mean, a permanent record of your support for Leitrim GAA.

With all the euphoria of the Leitrim Senior team’s promotion to Division 3, and the excitement of the trip to Croke Park for the Alliance Div 4 National football league final on Saturday next, Leitrim supporters were handed more good news as the construction work and the land-scaping associated with the erection the Leitrim wall is progressing nicely.

The Leitrim Wall is a fundraising venture to provide funding for the completion of the Leitrim GAA Centre of Excellence at Annaduff, which will in time further the development of Leitrim GAA.

The Leitrim Wall gives supporters the opportunity to have their name written in stone and remembered for ever as a true supporter of Leitrim GAA.

In order to complete this project to the highest standards, Leitrim GAA are appealing to their loyal supporters to put their shoulders to the wheel and provide the necessary finances to totally complete the project with no remaining debt.

You can buy your brick at www.leitrimwall.com. or from any of the people listed below.

If you wish to have your name on a brick on the Leitrim wall, and have your contribution to the development of Leitrim GAA written in stone, you can contact any of the following in your respective club area. By doing so now you will ensure the work can be completed without delay.