A trip back in time for Leitrim's faithful 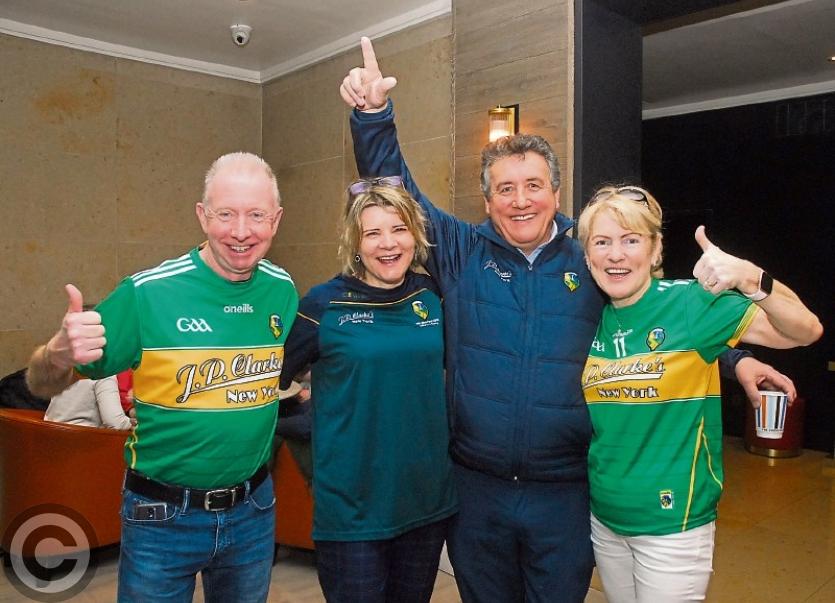 It was as if a giant time-machine had descended on Leitrim last week and transported an entire county and anyone with a drop of Leitrim blood in their veins back to the early nineties!

Leitrim’s invasion of Croke Park, and it can only be described as such, was a truly remarkable event - a celebration of a county long downtrodden on the football fields and an expression of pride in all things Leitrim that is almost priceless beyond words.

The sight of so many youngsters clad head to toe in Leitrim jerseys, hats, tracksuits, headbands and flags was enough to bring a tear to the most hardened eye and a reminder of the power of sport to unite such a diverse county.

The accents of Kinlough and Carrigallen might carry more than a twang of their neighbours in Cavan & Donegal and the burgeoning populations in Carrick, Tullaghan, Manorhamilton, Leitrim Village and Annaduff are miles away from the concern for the future of clubs like Drumreilly, Ballinaglera, Glenfarne/ Kiltyclogher and so many other small parishes.

But the sight of Micheal McWeeney charging onto the field at the head of a Leitrim team intent on making history is an image that unites a county; a county that can only truly come together as one, on an occasion such as we witnessed last Saturday in Croke Park.

Truth be told, being around the Croke Park Hotel was like being transported back to the 1990s when Leitrim, first under P.J. Carroll and then John O’Mahony, seemed to up sticks and follow the Green & Gold to every corner of the country. Venues like Casement Park in Belfast, Pairc Ui Chaoimh in Cork, Pairc Tailteann in Navan and Newbridge in Kildare were invaded every bit as much as the Leitrim horde descended on Croke Park was last Saturday.

Back in those days, pre and post-match gatherings were a chance for Leitrim people from all over the country to meet, swap stories and glory in a positive identity for the county - a chance to say we’re small but we’re here and we’re going to make the most of it.

I honestly doubt if the staff of the Croke Park Hotel witnessed anything like it before. All-Ireland finals day may be bedlam but this was Sam Maguire and Liam McCarthy day rolled into one glorious day of madness all around the famed Hotel.

If I tried to list everyone I met, it would take more pages than we can print to list them all and then I'd run the real risk of leaving someone out. But a few spring immediately to mind like Andrew Molloy, a former Leitrim Minor, who flew back from the Middle East to witness the historic day.

Or Frank and Sharon Brady who welcomed everyone stateside last Summer for the clash with New York and were back renewing friendships all around the Croke Park Hotel.

Most of all, a few quick words with Seamus and Caitriona Clarke brought home just how much this means to Leitrim diaspora far from home, keeping in touch with names they might only see in the flesh once every five years through the pages of the Observer.

Their sponsorship of the Leitrim Senior team through the J.P. Clarke's name makes absolutely no sense in a strictly financial sense - there is no up side for them, nothing to gain.

But when you see the joy Leitrim's appearance in Croke Park brought to the hundreds of emigrants who returned home for this match, a match that the people of Derry seemed to ignore, then you know that Seamus and Caitriona's investment was not financial, it was a deep emotional expression of pride in their home place and a desire to give something back.

As a county, we punch, as the expression goes, well above our weight in so many ways. Last Saturday's outpouring of emotion was a reminder of that and while the result didn't go our way, I can safely bet that the memories of March 30, 2019 will warm the heart of many a Leitrim person for many, many years to come.