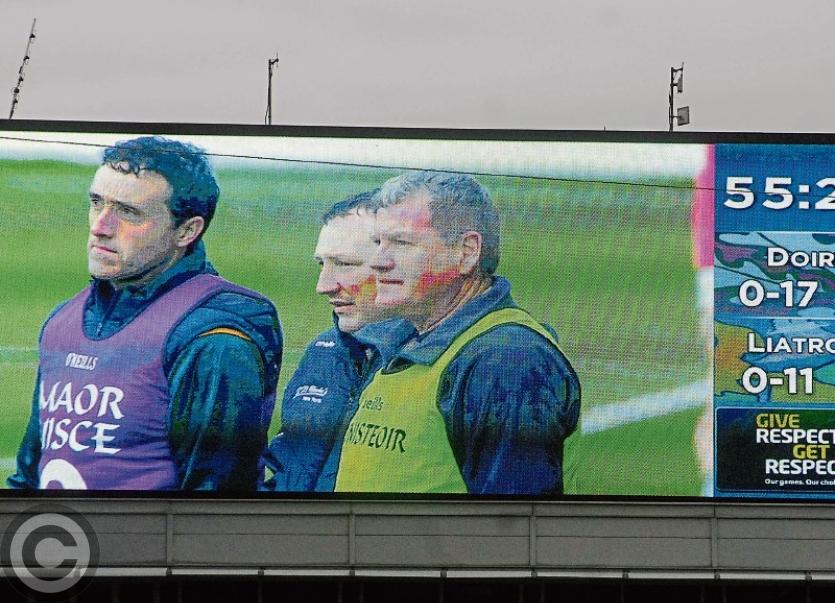 Terry Hyland sets his targets high that's for sure. Barely was last Saturday's division 4 final over and the Leitrim manager was predicting that the green & gold could reach next year's division 3 decider!

When it was put to him that the experience of Croke Park will stand to his team, Terry, unprompted, made his bold prediction: “It will be immense for them because to be fair, they’ve never been up at this level before and it will give them that little boost and that little bit of confidence.

“I actually think they have the ability to come back here next year if they apply themselves right and work hard. I said that to them in the dressing room and I have no problem in saying it publicly because there is an awful lot more in them.”

For a man who preached that the only statistic that mattered is the scoreboard throughout this year's campaign, Hyland didn't change his tune or try to lament his team's inaccuracy in the first half.

“I do think the wides ultimately killed us and when you look at the ratio of wides from both sides, it’s not hard to work it out. I keep telling lads we have statisticians and we have statistics but the biggest statistic is the scoreboard and if you don’t keep that right, it doesn’t matter about the rest of it.

“Our biggest problem in the first half was the number of wides we were kicking and maybe we were shooting on sight a bit when instead we should have said lets make sure of this score. Perhaps that is a little bit of inexperience but they will improve on that.”

Leitrim's refusal to bend the knee also pleased their manager: “There is no point in wearing the jersey if you aren’t going to be disappointed after losing a game, it is as simple as that.

“That showed the character of the team, that the lads kept going. Previously, they may have done that but this group have stuck with it all year and they’ve been pushing right to the end and we’ve turned games over at the end.

“We had a few half opportunities, half chances where we might have got a goal out of it and might have swung the game back in our favour but you have to credit the lads who kept going.”

Pinpointing where the game was lost was not hard as Derry's six unanswered points before the break was the winning and losing of the game.

“When we look back at it, we probably lost four or five of our kickouts before halftime and we handed them possession. We probably got a little bit, shall we say, lazy on the field - we didn’t make the runs to create the openings and those things happen in a game, probably the little bit of a lack of experience and probably somebody to stand up and take a direction on the field but that will come to them.”

Neither was Terry inclined to give out about the kickouts lost before the break: “Cathal can only hit something that is moving and we stopped moving and that is what happened, we gave them a foothold. We corrected that in the second half but to be fair, it is a learning curve for everyone.”

“It is a little bit different to some of the bigger counties where you are drawing from different areas, teams that might have a few more superstars than we would have in Leitrim but this group has bonded together and it is a privilege to work with them.”