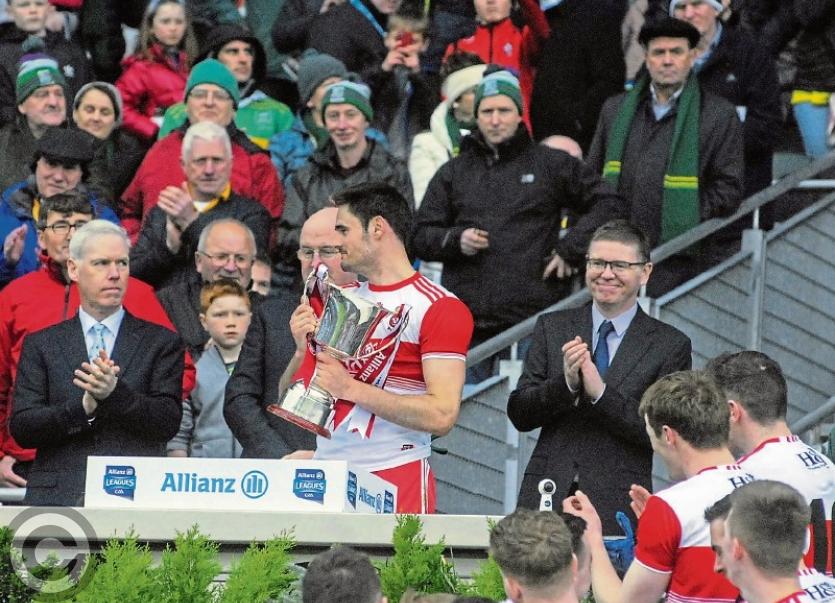 “We had won seven from seven in the league and we didn't want to come to Croke Park and falter at the last hurdle,” McErlain told the media after the game.

“You want to keep the momentum going and give the boys a bit of belief because they have won a trophy in Croke Park and put in a good performance, kicking 20 points.”

The Derry manager didn't read anything into Derry's win in the league proper - “Celtic Park was irrelevant, they had only five or six regular players on so that was a non runner. We expected a very tough challenge form Leitrim.

“They were a well prepared side, very organised and really, really passionate about their county.

“But the key thing for me, and we keep telling everyone this, is we are passionate about our county too no matter anybody else says.”

McErlain was also pleased with the way his team reacted to Leitrim's strong start: “We were giving the ball away to Leitrim, trying to force it going forward so they were breaking all the time so we were putting our defenders under pressure at that point by trying to give that slip pass to create that killer score too early.

“Once we had brought a little more patience into our play and didn't force those balls, we started to take control. The most pleasing part of the performance was we settled our heads, controlled the game and kicked six points in a row to take control of the game.”