Champs the favourites for back to back titles 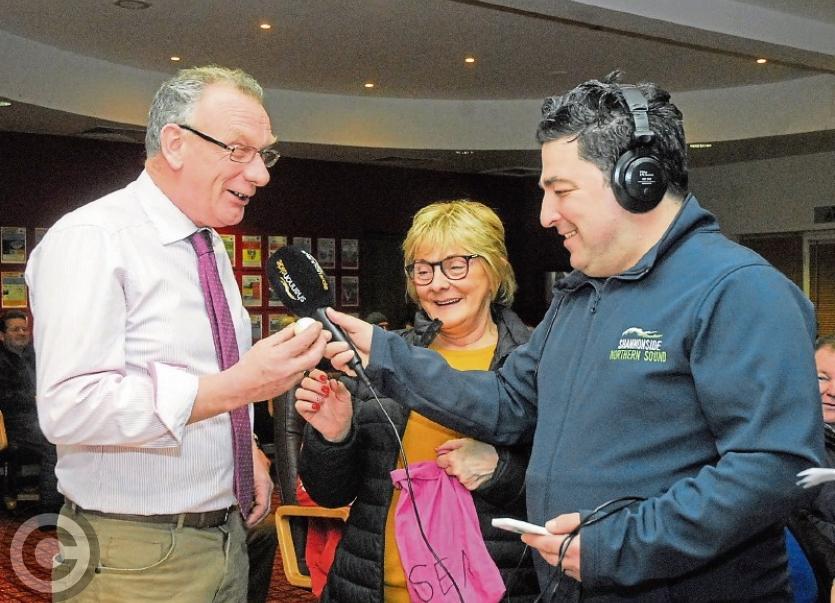 Pat Duffy, chairman of Aurivo, was hoping for a kind draw for his native Gortletteragh when he conducted the draw with Attracta O'Reilly and Shannonside's Dave Hooper Picture: Willie Donnellan

Hard to know who is happiest after Monday's intriguing Connacht Gold Leitrim Senior Championship draw but champions Aughawillan have to be among those smiling most.

With manager Tommy McCormack having reversed his decision to step down and the champions determined to defend their title for the first time since 1994, Aughawillan already look like a team on the mission and their stability will stand them in good stead.

Two of their main rivals in Ballinamore Sean O'Heslin's and 2015 and 2017 winners Mohill have new faces at the helm this year - former Fermanagh boss and manager of new All-Ireland Colleges champions Dominic Corrigan certainly brings a wow factor to a Ballinamore team who have talent in abundance.

Former Longford star Liam Keenan has hit the ground running in Mohill and with the young talent that is coming through their ranks, you can't discount the former champions from any discussion on possible winners.

Defeated semi-finalists St Mary's Kiltoghert & Glencar/ Manorhamilton look maybe just a step behind the top three but the Carrick men are getting an enormous influx of fresh talent from their exceptional U17 team of last year. Their task is to marry the youngsters with the old stagers who have done so much for the club over the years.

Glencar/Manorhamilton can't be discounted but they probably need an injection of new talent to go with their storied stars of the four-in-a-row team.

Melvin Gaels are another up and coming outfit, their young players that little bit older and wiser and stronger and it wouldn't take much for them to join Carrick and Manor on the next rung below the top three.

After that, it becomes a dogfight with an awful lot of evenly matched teams. With four to make the drop, the seeding system adopted for this year only may play against their chances of avoiding relegation.

Last year's intermediate winners Fenagh St Caillin's look well equipped for the step up to the Senior but they will face a lot of battle hardened and quality footballers they haven't met before.

Of course, it is easy to make predictions now but come the end of July, the picture might be a lot different with injuries and absentees playing a part but at the moment, we're set to have the most interesting championship in years.

The full draw and schedule of games is as follows: