Some final thoughts from a memorable day in Croke Park 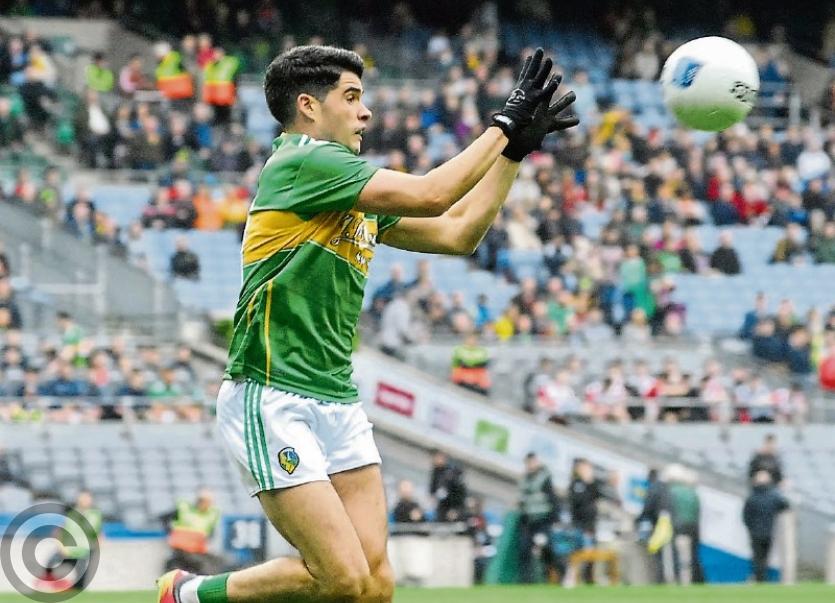 "I always visualised myself getting to Croke Park and dedicating a win to Philly. I know he would have been looking down on us today" - Emlyn Mulligan

The disappointment in the bowels of Croke Park as the Leitrim players and management came to terms with defeat at the hands of Derry in the Allianz NFL division four final was made slightly easier by the fact that the long, gruelling quest to secure promotion had been brought to an end.

The wait to right the wrongs of so many previous campaigns has been a torturous one. Many talented players and managers have come and gone as Leitrim’s journey throughout the country continued in the wilderness that is division four. 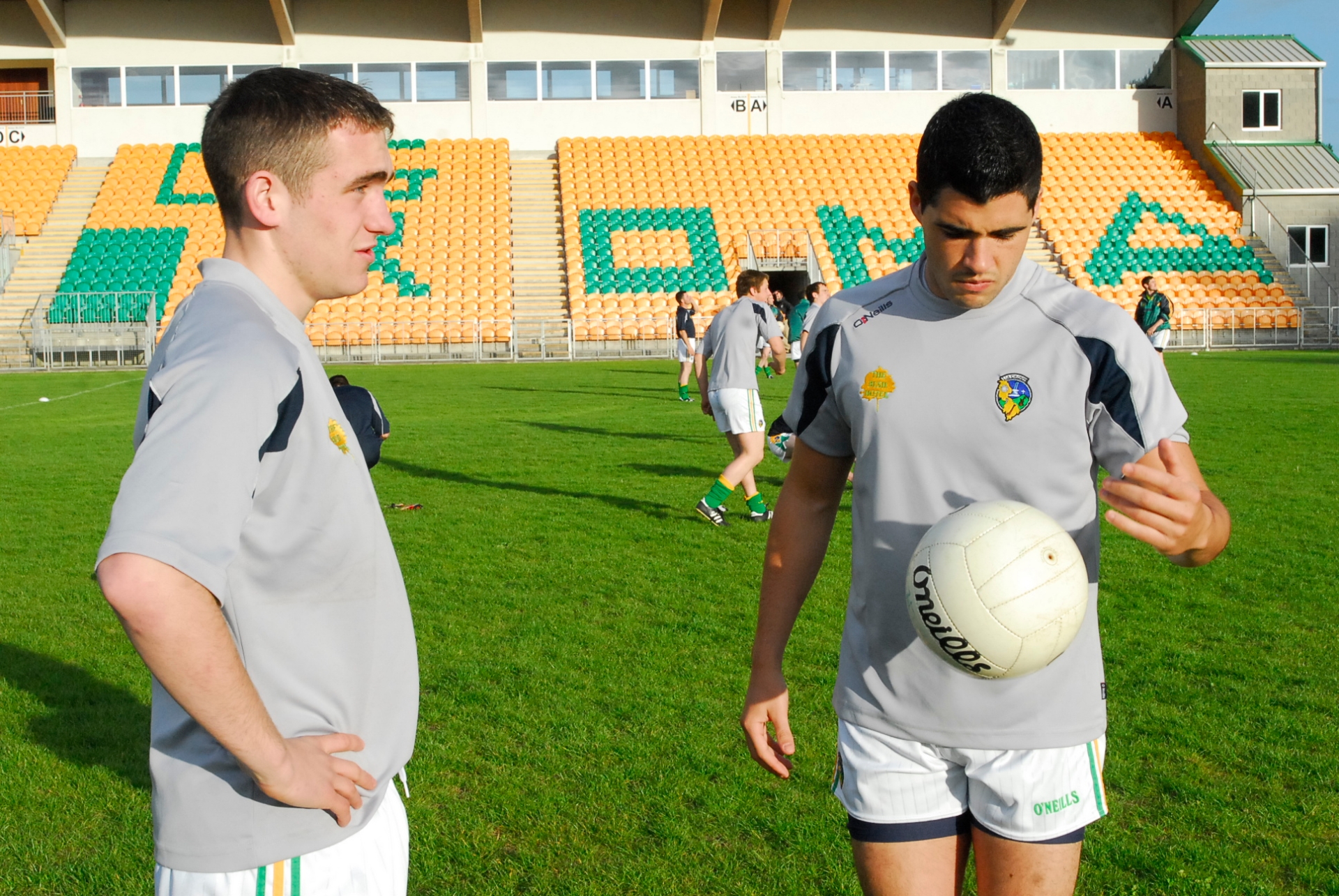 The day that consigned Leitrim to their residency in division four is one that is hard to forget for all who were present in FitzGerald Park, Kilmallock in April 2008. Leitrim agonisingly lost by a solitary point with the game perhaps best remembered for the controversial decision that saw a John McKeon point wiped out as the referee blew for half-time before the ball flew over the bar.

Leitrim selector Patsy Prior reflected on the crushing defeat as he pointed to the number of injured players Leitrim were without. Making a point that would be repeated several times in the years to come Patsy said: “Leitrim can’t miss out on having a full panel of players. It gives confidence to the team and also to the people on the line. We need a full quota of players from start to finish.”

Limerick manager and Kerry great Mickey Ned O’Sullivan was a relieved man when speaking after the game as anything but a win and Limerick would have been relegated that afternoon near the Cork border.

“It could have gone either way,” he said. “I feel for Leitrim, they don’t deserve to go down either because they are a good team.”

Although not at full-strength, the Leitrim team that day included the famed full-back line of Michael McGuinness, John McKeon and Dermot Reynolds while Declan Maxwell, Shane Foley and Colin Regan were amongst others that were also involved that day.

Emlyn Mulligan is the one constant between the team that suffered that heartbreaking loss and the team that took to the field in Croke Park recently [Gary Reynolds also played in Kilmallock and was a sub in Croke Park]. Starting alongside him that afternoon in Kilmallock was Mohill’s Philly McGuinness who sadly never got the opportunity to showcase his talent on the biggest stage.

The feeling of deflation and heartbreak having suffered defeat and relegation at the hands of Limerick was put into perspective two years later when Philly’s young life was tragically cut short. It was news that rocked the country and left the county devastated.

The crowds in Mohill on the day of his funeral gave an indication of the esteem Philly was held in and the tightness within the GAA community when everybody is united. A conversation with the recently departed John Morrison that afternoon in Mohill gave an insight into how much Philly would be missed. 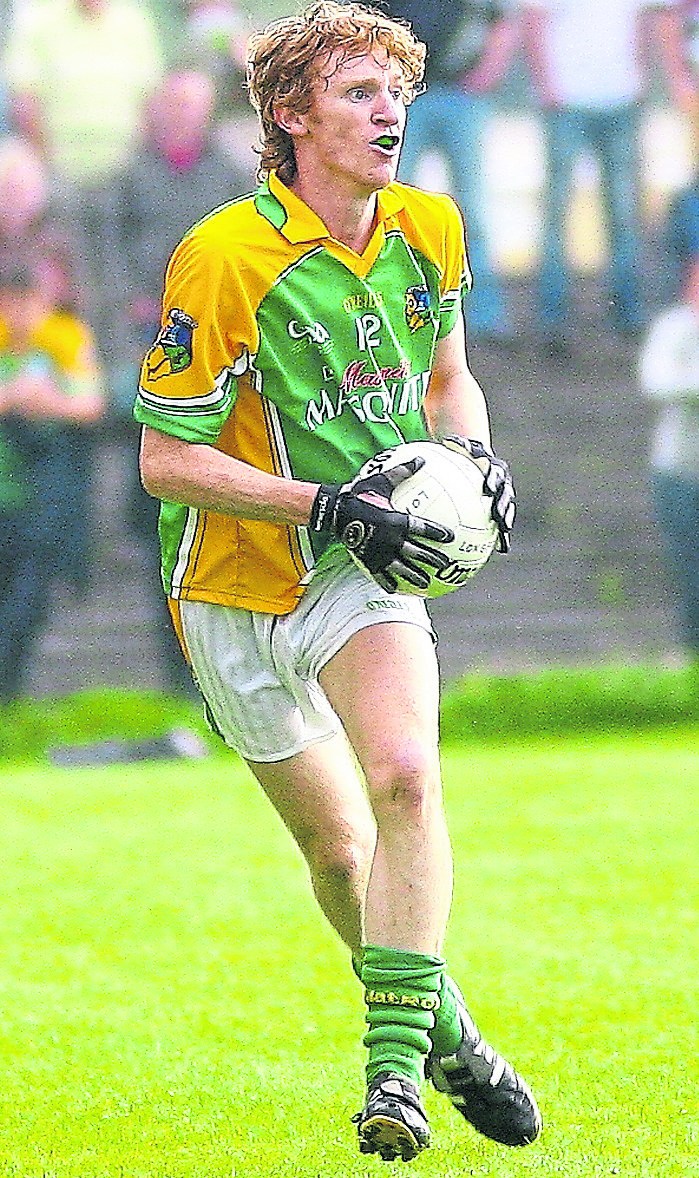 According to the Armagh native Philly would make light of the huge commute he undertook to attend training as he travelled from the most westerly part of Mayo to Bunbrosna and would regularly be the first to arrive. Morrison also revealed, as was his way, that he had a special nickname for Philly - ‘GOD’. It wasn’t necessarily that Morrison was on his hands and knees when Philly arrived for training but more that he was ‘Good On Delivery’!

The county’s footballers went into championship action against Roscommon under a blazing sun and in the most emotional circumstances two months later. The players desperately wanted to win the match for Philly. The Leitrim faithful gave them huge support and they carried the goodwill of the country with them but a five point defeat was all they had to show for their efforts.

After the game, the players looked devastated as they returned to the dressing room. Some spoke to the press out of politeness; others simply weren't able to put their emotions into words. Emlyn was there, as little more than a supporter, having suffered the agony of a second cruciate ligament injury in as many years.

The years that followed saw managerial changes, players opting out, new dawns and familiar disappointments while Emlyn also had the added trauma of having to return from a third cruciate ligament injury which heaped further misery upon him and the team until this year's league campaign changed everything. 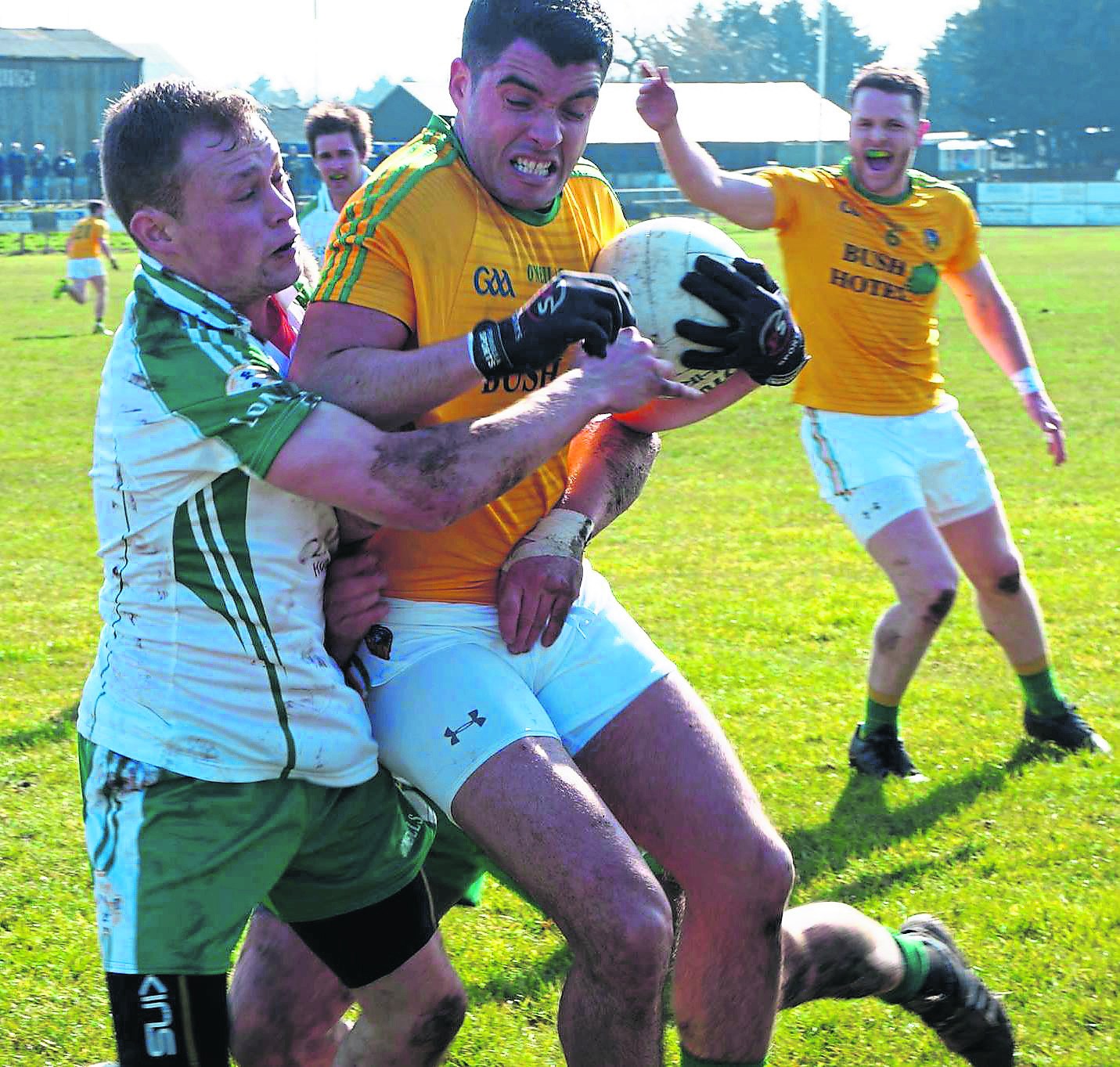 Barely 20 minutes after leaving the Croke Park turf after his first county game on the famed pitch, Emlyn looked back on the league with a positivity that has been forged over a decade in the green and gold, even if there was more than a touch of regret that Leitrim couldn’t get over the line.

“A lot of lads would have visualised getting up there and lifting that cup, we all would have dreamt of that. We dreamt of getting to Croke Park initially but to lift the cup would have been absolutely massive for us.”

The pain of defeat was still burning but as Emlyn reflected on the highlights of the league campaign and the momentous trip to Croke Park his thoughts turned to his former team-mate - “I always visualised myself getting to Croke Park and dedicating a win to Philly, we didn't get to do that, but I know he would have been looking down on us today and that is all part and parcel of this.

“There are a lot of people up above who would have been proud Leitrim people looking down on us. Outside of football, it is important to live in the moment of being here today. The football is grand but the effect it is having on so many people is remarkable and that, I think, is the main thing to take out of this.”

Saturday, March 30, Leitrim's day in Croke Park, was a day and occasion that will be fondly remembered by everyone of a Leitrim persuasion for a long time and having suffered more than his share of football related setbacks and heartbreak, Emlyn felt it helped put some perspective on the importance of a mere game of football. 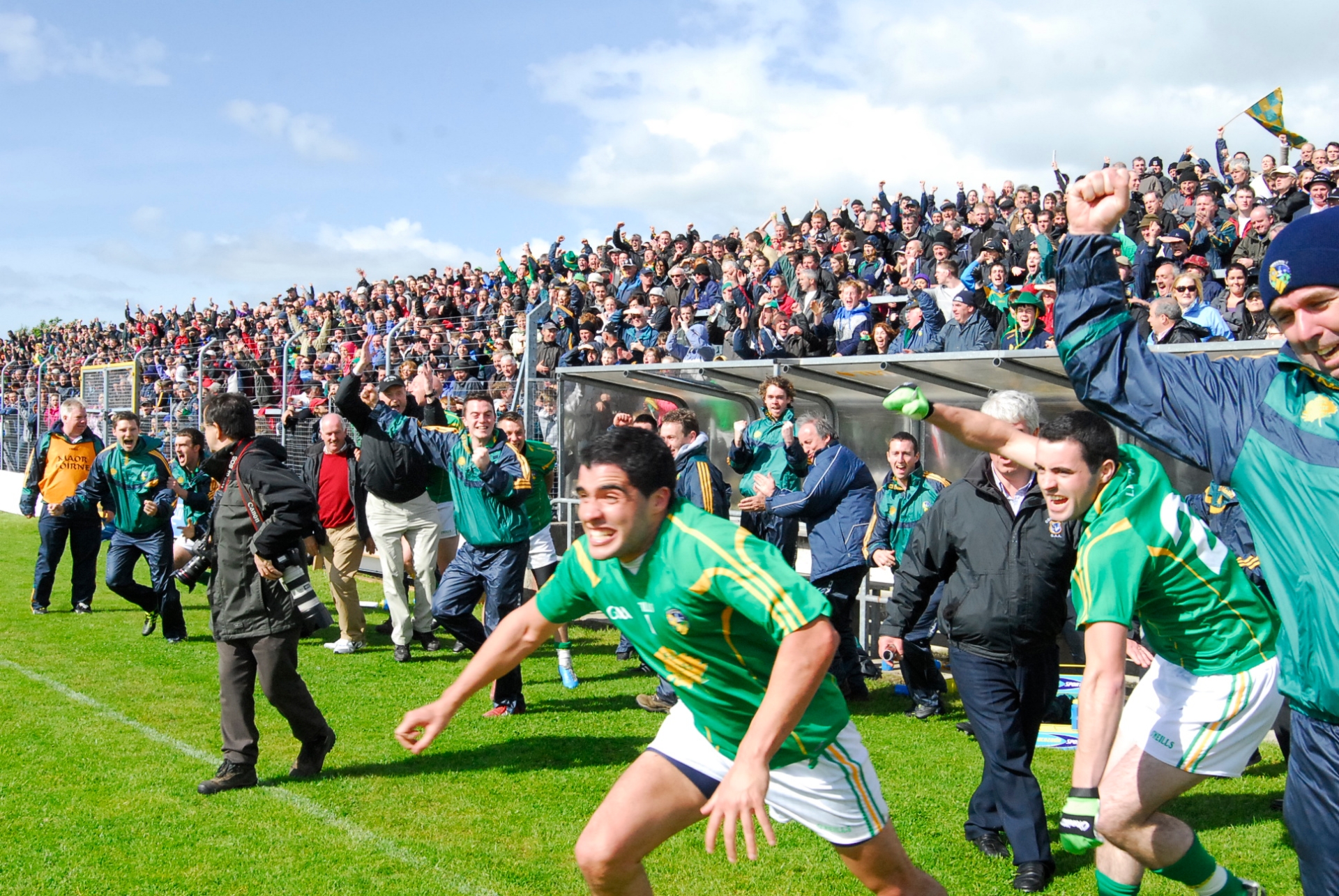 “It's the pep in the step of Leitrim people in general and they are happy to tell people they are from Leitrim whereas sometimes people in bigger counties or cities look down on us but today; to see elderly people, 70, 80, 90 year olds up here in Croke Park, that is what it is all about. That is the best thing about the GAA and it is the life and soul of every person in Leitrim and it showed today with the crowd.”

There may have been no silverware but the dream of promotion has been realised, the interminable wait for a day out in Croke Park ended and years in the wilderness have been put to bed. Looking ahead to a new era for the county, Emlyn, like all Leitrim supporters is excited by the current crop of young players and insists the future is in safe hands.

Many a tough day myself and this man experienced over the years representing Leitrim. However today is a good day #promoted @Gazpat87 pic.twitter.com/PQPZgI9RI5 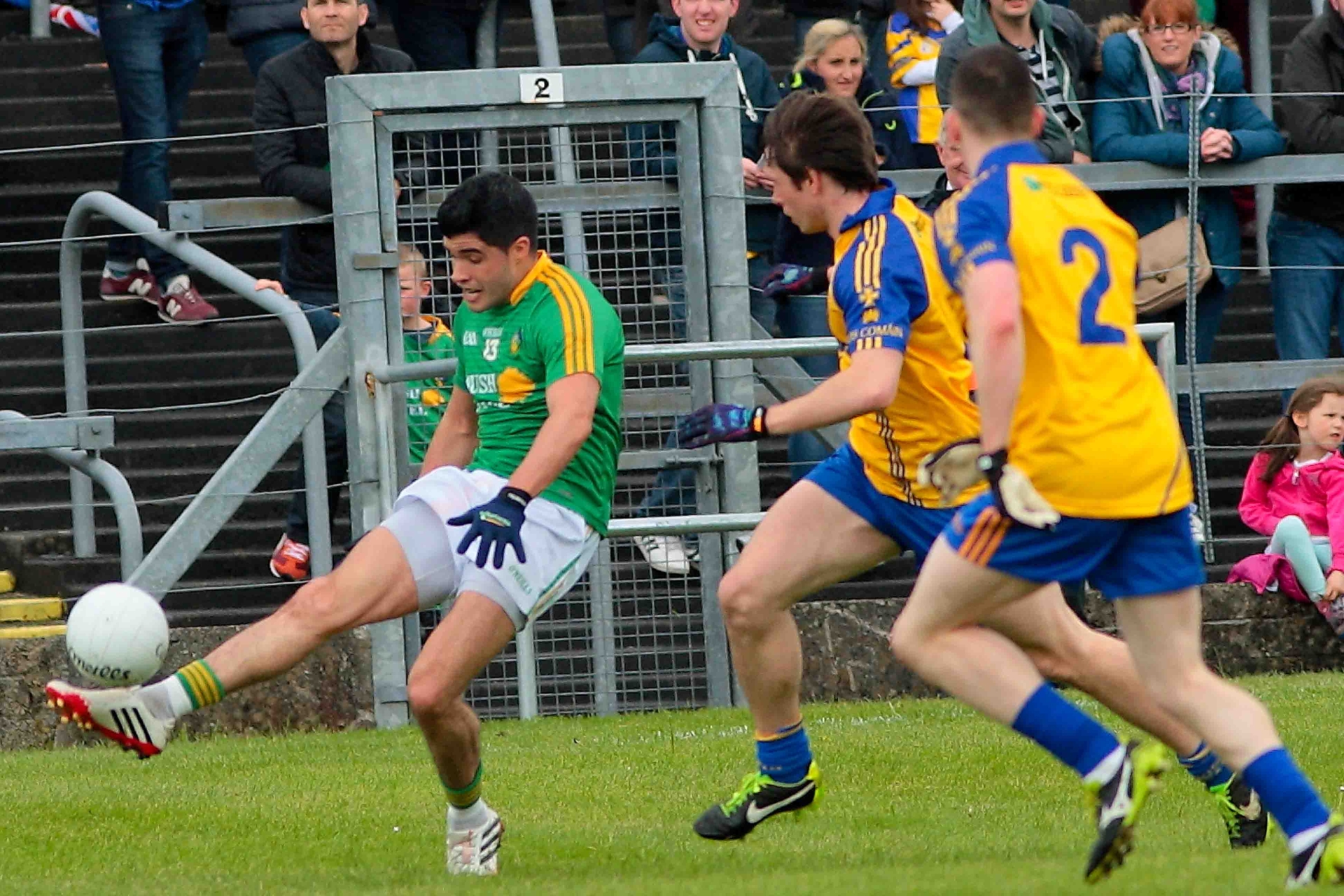 “I'm hanging around there a long time and every year you question whether or not you'll keep going but for the future of Leitrim football, the likes of Ryan O'Rourke, Evan Sweeney and Darragh Rooney, they are what matters now. I just hope everybody gets behind them and puts everything in place to give Leitrim every chance to compete with the likes of Roscommon.”

The important next step is to ensure the progress of recent months is maintained and Emlyn is urging those who made the pilgrimage to Croke Park to get behind the team in Hyde Park on May 12 when they face Roscommon in the Connacht Championship.

“People have been going to games that haven't experienced it in how many years and hopefully it has given them a bit of an addiction to it, that they want to keep on supporting Leitrim. It would be great to see even half of them over in Hyde Park.”