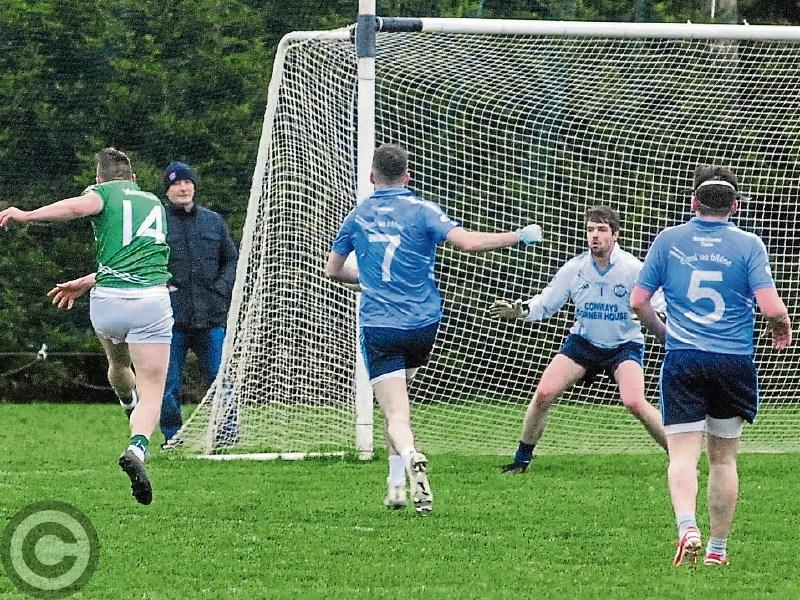 As Mohill set down a big marker for the year ahead, champions Aughawillan were suffering a surprise defeat at the hands of neighbours Aughnasheelin in round two of the Dunnes Bar Division 1 campaign.

In perhaps the kiss of death, this correspondent tipped Aughawillan as favourites for the championship but they came a cropper against Aughnasheelin on Sunday, Fintan Fitzpatrick leading the way with five points.

Aughnasheelin incredibly led 0-9 to 0-1 at the break and while a lacklustre Aughawillan improved in the second half, their tally of seven points to the victor's three was nowhere near enough.

Mohill had an altogether much easier experience as they demolished the challenge of Allen Gaels last Saturday. Leading 3-8 to 0-5 at the break, they added another 3-15 in the second half while the Drumshanbo men, without county star Diarmuid McKiernan, only hit three points.

Annaduff continued their barnstorming start to life in division 1 when they made the long journey to Boggaun very worthwhile when they returned home with a 2-11 to 0-10. The north Leitrim side were without a host of key players who were involved in Manor Rangers Cup Final on Sunday but it must be very worrying for them.

Melvin Gaels also maintained their 100% start to the season when inflicting a second loss on Gortletteragh, their 1-16 to 0-10 victory putting them third in the table at this early stage on score difference.

Ballinamore Sean O'Heslin's lie just behind them in fourth place after a second successive six point win, this time a 0-16 to 0-10 win over neighbours Fenagh St Caillin's.

Most of the weekend's drama came in Carrick on Saturday when St Mary's pipped Leitrim Gaels in dramatic circumstances, 1-7 to 0-9. The Gaels have beaten their fellow parishioners in the past but most of those games were towards the end of the season with nothing really to play for.

This game came much earlier in the season and had a lot riding on it and the Gaels stormed into an early lead. But they never truly put St Mary's away and when the town team scored a controversial goal five minutes from time, some claiming the ball was thrown to the net, Leitrim found themselves trailing.

Leitrim Gaels' county star Aidan Flynn looked to have given his team a chance to win it when he was awarded a penalty but St Mary's keeper Conor Glancy turned the spot kick around the post, the fifty was missed and Mary's held on for the win.

Next weekend is the final round of league games before the Connacht championship so teams without a win will be very anxious to get in the winner's circle next Saturday evening.